Married to the land

This contemporary bach opens up to the mountainscape that surrounds it. Every facet of the design maximises the warming northern sun

Married to the land Discover this article's resources 0

In times gone by, the Kiwi bach looked out on the best views in the world – but usually only from a single, well-placed picture window. The design of a modern bach, however, is more likely to maximise the views and light from every door, window and skylight.

This low-slung alpine retreat by architect André Hodgskin has a casual air that belies its strategic design.

As the bach was built to respond to its surroundings in all weathers, it was important that the design made the most of what natural warmth was available.

"The house runs east to west, with a master suite at one end and the children's suite, garage and carport at the other," says Hodgskin. "One side of the house looks north to the sun and the other looks to the views. The orientation of the house and the floor-to-ceiling glazed doors allow the northern sun to penetrate and warm the generous central living spaces."

The house has been designed with a high 3m stud, allowing even a watery, mid-winter sun to penetrate right into the southern side of the interior. A skylight running along this side of the living areas contributes to a light, sunny interior. 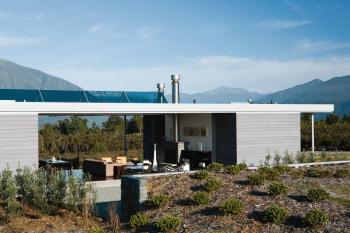 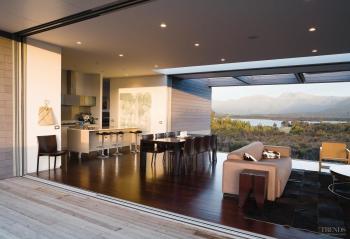 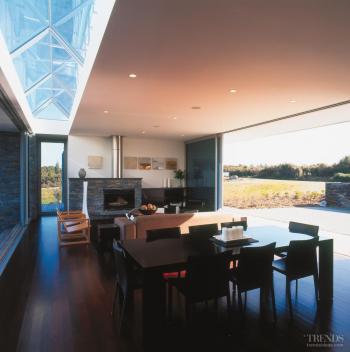 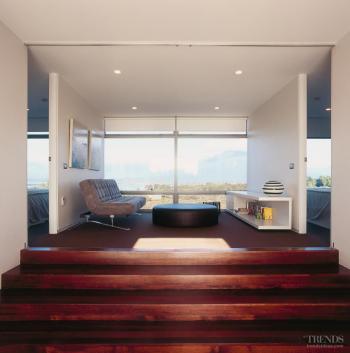 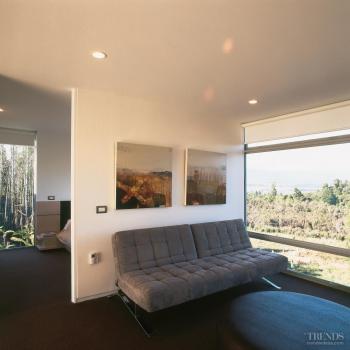 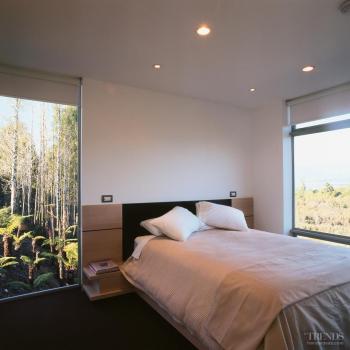 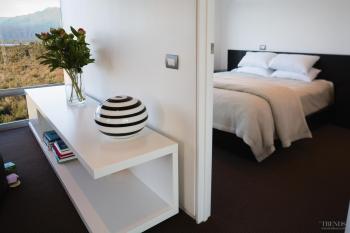 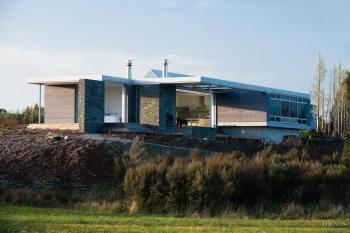 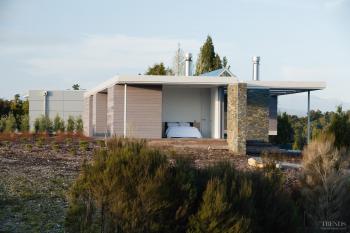 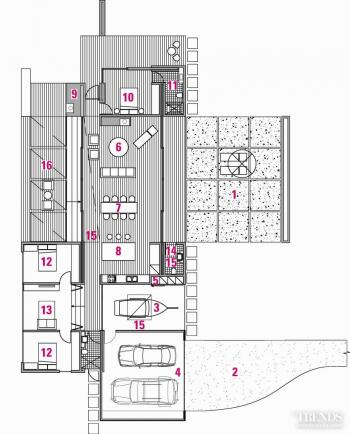 "The floor-to-ceiling doors slide away into wall cavities on warm days, creating a seamless freedom between the living rooms and the surroundings," says Hodgskin.

However, the living spaces aren't the only areas connected to the landscape. The carport is also open to the scenery and connects to the children's wing via sliding doors. With carport and bifolds standing open, this wing also has an open-air feel.

"On the eastern side of the carport a garage further contributes to the home's flexibility," he says. "This enclosed area, furnished with bunks, doubles as another wing when there are several guests."

In what can often be an inhospitable landscape, the architect had to shore up the house against the bad weather as well as making the most of the good. For example, double-insulated glass was used for the doors, meaning in winter the falling snow is seen and not felt from indoors.

"Snow and rain occur frequently in this mountainous location, and there are several overhangs surrounding the home, allowing the outdoor spaces to be enjoyed even in the rain. The children's wing is raised slightly from the ground, to provide it with additional comfort and warmth."

Materials choices, such as wood, played a part in warming the house up and also in connecting it visually to the surroundings.

"Timber shiplap cladding provides a modernist twist on classic bach weatherboard cladding," says Hodgskin. "This has been stained to match the kwila decking, which we let bleach naturally in the sun."

Silver-toned timber and stonework on the house echoes the hues of the surrounding mountains. If one aspect of this house is its openness to the landscape, then another is its deference to the same surroundings.

"The house is designed to nestle into the land and, despite its lofty interior stud, creates only a demure addition to the skyline," he says. "The peaked skylight is designed to prevent snow-loading in winter, but it also provides an abstract nod to the peaks that surround it."