New Zealand is one of the most urban nations in the world, with 86% of us living in towns and cities. Over the coming decades our cities, in particular Auckland, will become increasingly urbanised as the population grows and changes.

Not surprisingly, the design and management of housing will play an important role in the creation of thriving, connected and liveable cities. But right now our cities are struggling to provide a choice of quality, affordable housing where people want it.

The problems of affordability in Auckland and Christchurch are impossible to ignore. Both cities contain suburbs defined by one typology, restricting the options for people to buy in an area if their financial means do not match that particular housing profile. This is especially limiting for young people looking for a first home, or older generations looking to downsize.

Even with our exorbitant house prices and limited choices, Auckland is considered one of the most liveable cities in the world. Its beautiful landscape, regional parks and climate are obvious lures, but it also benefits from the metropolitan ability to stimulate human creativity, which makes cities enjoyable as well as productive. The main function of a city is to improve the life of its citizens by bringing together ideas. The success of being directly inspired by those in close proximity is evident in Wellington's growing tech start-up scene and Auckland's recent boom in superb cuisine.

Access to human capital in larger cities means the flow of information and ideas is amplified. As our small population grows, we must plan and build our cities in a way to best capture the creativity of New Zealanders. This can be achieved by strategic densification.Misconceptions

When it comes to discussions about the growth of our cities, New Zealanders are often suspicious of the idea of higher density housing. I don't blame us; the benefits are not well articulated.

Nimby-ism is rampant in our neighbourhoods - ‘It's fine to intensify around Auckland, I am all for it, as long as it is not on my street!' Such short-term thinking needs to change. The Auckland Plan and The Unitary Plan are a great start. If we want a choice of affordable housing in 50 years, Auckland needs to limit urban sprawl and densify. More importantly, it needs to densify well.

A common misconception is that high density means high-rise. Unfortunately high-rise failures exist throughout our main cities. Many of them deserve their poor reputation, such is their often dreary, monotonous physical form characterised by inadequate internal space, ineffective shared areas, poor natural light and watertightness issues. However, these examples are more often the product of poor planning, bad design, careless construction and/or inadequate management and maintenance, rather than the number of apartments or people within.

Higher density can be achieved in many different layouts and forms. It is a matter of choosing the right urban form for the neighbourhood and surrounding community. By linking in quality private and communal space with attractive and functional housing, we can create areas where people love to be. Advantages of higher density

The advantages of higher density living are acknowledged by leading city planners, urban designers, economists and environmentalists around the world. They can be summarised into three themes: benefits to people, infrastructure and the environment.

Planning and designing well are critical to harness these benefits and build stronger communities. The market must deliver a choice of high-quality, compact residential housing. Higher density is not only desirable for sustainable urban living; it is increasingly necessary for our cities. The population and economies of our main cities are growing, but the land supply is not.

So what if we don't densify? The average number of people per dwelling in Auckland is 2.8, a figure that is decreasing. The average floor area of new-builds in 2012 was 203m2 . We are building the largest houses of any developed country in the world but are in the middle of a housing crisis. How is this sustainable?

If we let Auckland sprawl, we create isolated communities buried in suburbia. Fewer interactions will occur, and we will limit the benefits of urban living. More time will be spent alone in the car and less bumping into someone new or an old friend on your walk to work. But, if the density is raised in certain areas close to public transport and social amenities – our hubs for the sharing of ideas and creativity – the pressure on Auckland's boiling housing market can be reduced.International learnings

There are numerous examples of brilliant mixed-use precincts around the world. Cities such as Paris, London, Vancouver and Copenhagen have been developing thriving communities in this form for decades. Not only have these dense areas provided the reason to build outstanding public transport networks and spurred economic growth, but they have also removed the need for most modes of travel other than walking and cycling.

Citizens of these cities are living in comfortable homes, in communities they love, close to where they work. New Zealand has the opportunity to learn from these successful densely populated mixed-use housing areas, and do it even better.

Cities are in part defined by their infrastructure but ultimately they are judged by the contentment of their citizens. Our cities need to be planned, designed and built for people. Vancouver model

Auckland often looks to Vancouver for inspiration in transforming its downtown core. In the past few decades, Vancouver transformed its city centre into a dense urban community, attracting a range of ages and income levels with great success.

Larry Beasley, who was the City of Vancouver's co-director of planning during the main transformation years, says that while other North American cities were struggling with the failed auto-centric development model, Vancouver showed how density and mixed use in a walkable community can be "a joyful, fulfilling experience".

There is a dramatic difference in the density per residential hectare of the two cities. The dense urban form that Vancouver has achieved follows the main transport routes, linking the greater city to the central core. In contrast, Auckland's sparse density is scattered. In 50 years when Auckland surpasses the current population of Vancouver, will we still be one of the most liveable cities in the world? 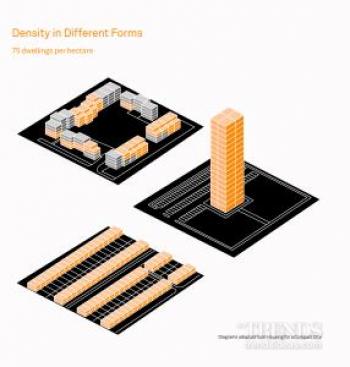 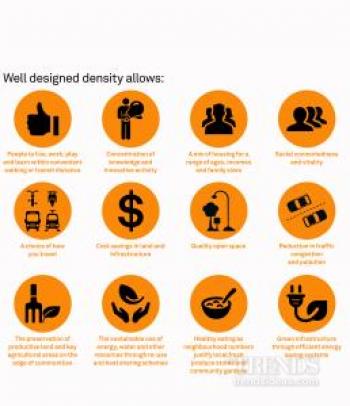 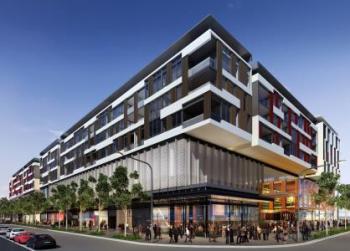 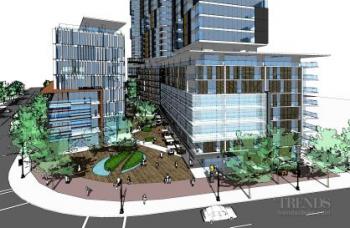 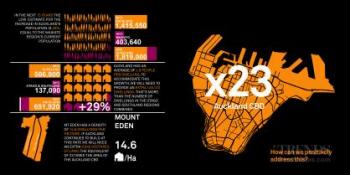