There are some locations where it may seem nigh on impossible to improve on the outlook, but even a magnificent setting with its own sense of history can pose a challenge for designers.

First do no harm may well be key. And that was the approach taken for The Crew Club, a hospitality venue in Auckland owned by Barworks and designed by Jasmax.

The Crew Club's location, right on the water's edge in a high pedestrian zone between Princes Wharf and Hobson Wharf and alongside the Voyager New Zealand Maritime Museum, is unique. So, too, is the historic, relocatable launchmaster's building, which dates back to the 1920s and was formerly part of the Maritime Museum.

"Aside from the ferry terminals, this is the only building on the city waterfront with a strong, direct connection between the street and the harbour. We wanted to maintain that perspective, with clear sightlines right through the building to the harbour beyond." 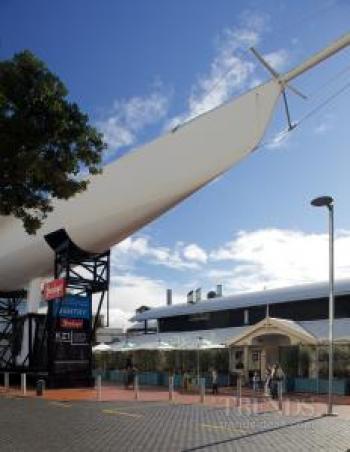 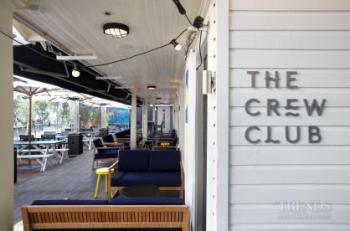 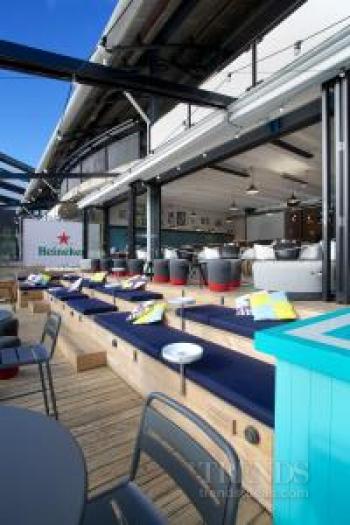 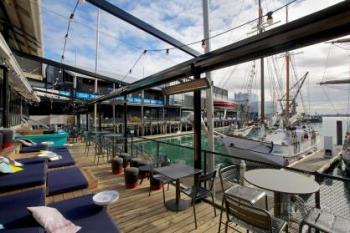 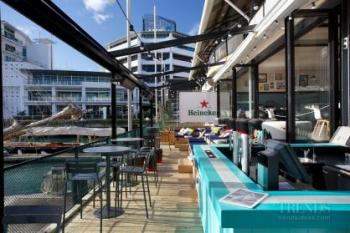 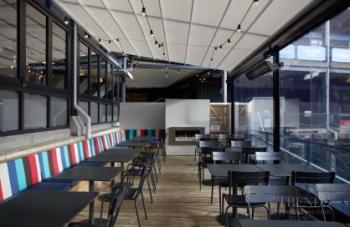 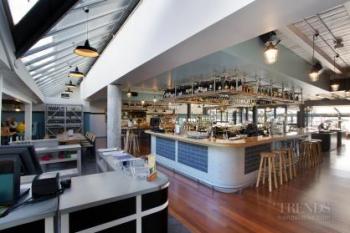 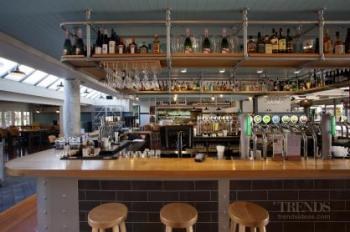 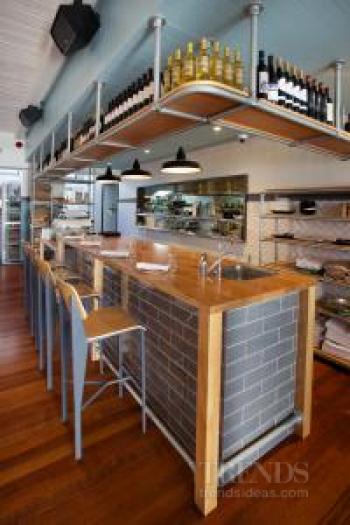 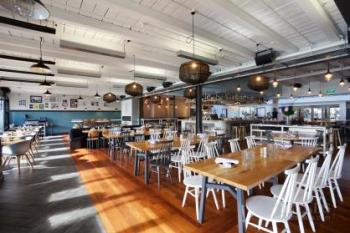 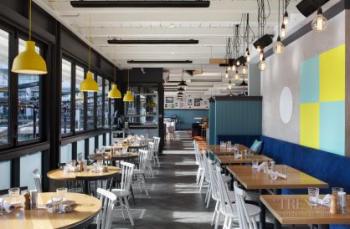 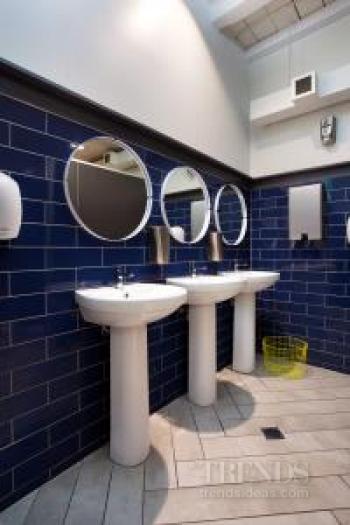 Roberts says it was also important to celebrate the maritime heritage of the building and location.

"We are proud of the history, which is a key point of difference for this venue. We wanted to create a space with a lot of energy, which could be applied to the interior design as well as the staff and the diners' experience."

Generating that buzz through design was a key part of the brief given to the team at Jasmax, headed by interior designer Jonathan Goss.

"We wanted to play up the romantic notion of the building's past life as the place where charter boats would leave and salty old fishermen would cast a line off the wharf," Goss says. "The design needed to be industrial as well as nautical."

The team consequently worked with the existing fabric of the building, much of which was already exposed, including the steel structure. The original beam and board ceiling – the floor of the upper level – was retained and painted, and wherever possible the weathered timber floor was exposed.

"In terms of the palette, we wanted something fresh and bright, but warm," says the designer. "We made a conscious effort to keep the interior of the building as light as possible. While there is plenty of natural light entering through the front and the harbour side of the building, the centre could have been very dark."

A series of raked skylights near the front of the building help to bring light into the central bar area. The bar is also defined by a lowered bulkhead that supports hanging shelves for bottles and glasses. The bulkhead is painted in a soft teal blue – a lighter version of a colour that appears in different strengths throughout the restaurant.

"The overall look is more ship based than yacht based," Goss says. "There are references to cruise ships in the curved bar and kitchen servery, which have radiused corners and rivets. And the fireplace, encased in steel plate, resembles a furnace."

The cruise ship analogy is also evident on the harbour deck, which steps down from the interior.

"There is a big change in level between inside and out – more than a metre," says the designer. "We needed to mitigate this to ensure the spaces would flow. Even though the deck is not very wide, there was enough space to create terraced seating with squabs and cushions, plus a row of smaller tables right along the edge.

"Because the deck is so much lower, we find people sitting outside are almost hidden from view, so they don't block the sightlines out to the water."

Goss says it was essential to break up the eatery into zones, to provide a mix of intimate and open spaces. Different areas cater to different needs. There are colourful low stools on the deck, bar stools and leaners inside and out, small and large tables, and the American-style kitchen servery where diners can eat on the run.

"There is literally something for everyone, and with so many seating areas, it's possible to follow the sun throughout the day."