Providing the civil engineering solutions to fulfil the architect's vision for the Britomart Transport Centre was an interesting task for the design consultants Opus International. One of the main challenges was designing the concourse that runs beneath the former CPO building and Queen Elizabeth Square.

Opus' project director for Britomart, Melvyn Maylin, says the design had to take into account the proximity of the sea, the high water table and the position of the building's existing piles. In addition, structural design was provided for the building and access via the glasshouse at the rear.

"The gap at the rear of the building involved the design of beams spanning 20m by 6m," he says. "The seismic strengthening was achieved by designing new reinforced concrete walls on the inside of the existing masonry walls. We also had to ensure the walls, all of the internal floors and the building's steel framework were structurally connected and sound. Other building modifications included lowering two floors by up to 2.4m."

In contrast to the solid concrete of the former CPO, the glasshouse provided a different set of design challenges for the engineers, says Opus' Britomart site engineer Michael Gibbs.

"To enhance its transparent, airy structure, we had to minimise the visibility of the structural elements. We achieved this by utilising fully welded, steel, moment-resisting wall frames. These avoided the need for diagonal beams. Diagonal beams were also not required in the roof as a two-way Vierendell space-frame truss system was used." 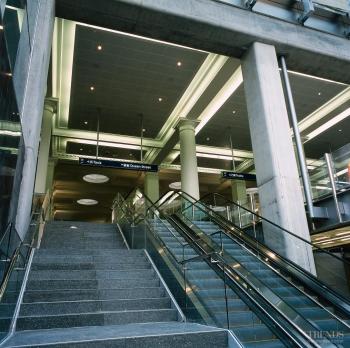 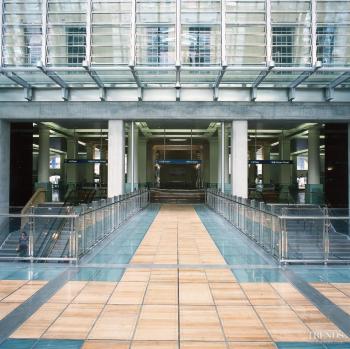 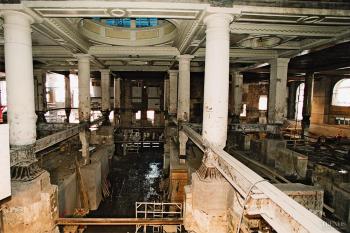 To span the large glasshouse (36m by 20m by 16m high), elliptical hollow sections were imported from France for the horizontal framing.