In redeveloping this inner-city precinct, the design team has celebrated the existing heritage architecture and activated a civic square defined by its near-perfect classical proportions

It is rare to find prime land right in the heart of the city that is underutilised, and rarer still, to find such a site bordered by heritage buildings.

It was the unexplored potential of the Britomart precinct in Auckland that first attracted Auckland-based developer Cooper and Company, and subsequently architect Richard Johnson of Johnson Pilton Walker in Sydney.

"When I was approached by the developer to consider working on the project I was initially sceptical," says Johnson. "Although I have a passionate interest in the way good architecture can activate urban spaces I didn't particularly need a project in Auckland. But I came over for a visit, saw the immediate potential and within a very short time period the project became irresistible."

The Bluewater Consortium, led by Cooper and Company, won the Auckland City Council tender to redevelop the precinct in 2004. Cooper and Company bought out its partners in the consortium in 2006 and has since worked with the council in a private-public collaboration. CEO Matthew Cockram says that right from the outset, the company had a clear vision.

"As well as having a prime waterfront location and a transport hub on the doorstep, the Britomart precinct has a unique scale and a rare concentration of heritage buildings that made this a once-in-a-lifetime opportunity," he says. "Redeveloping the area with carefully planned, mixed-use buildings was a way to strengthen the CBD's appeal as a retail destination. The narrow lanes and the juxtaposition of new and old buildings give the precinct a street-based character and allow an edginess and a cool factor not usually seen in other developments." 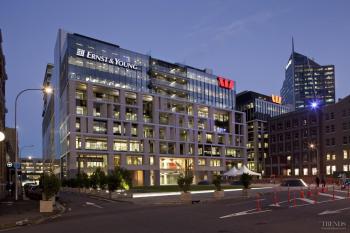 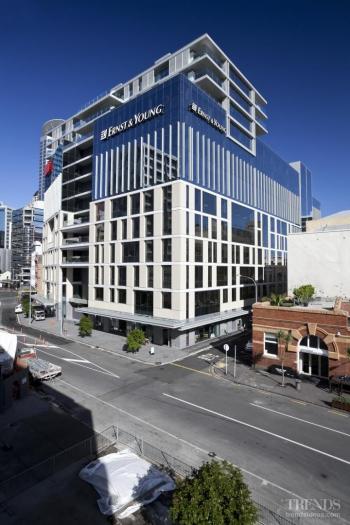 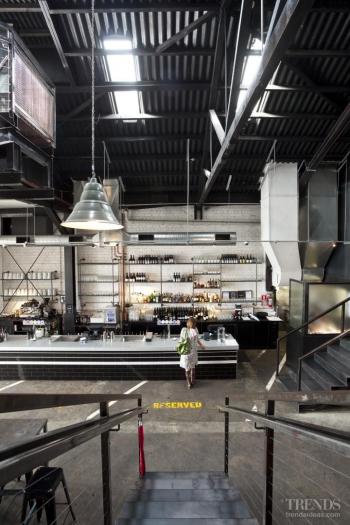 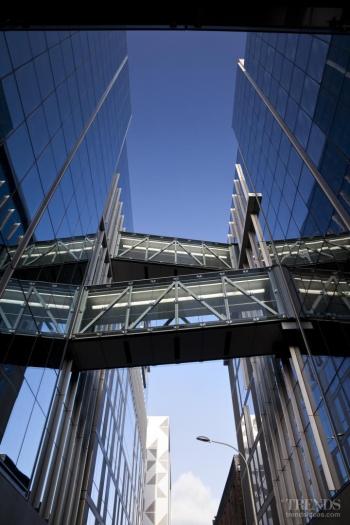 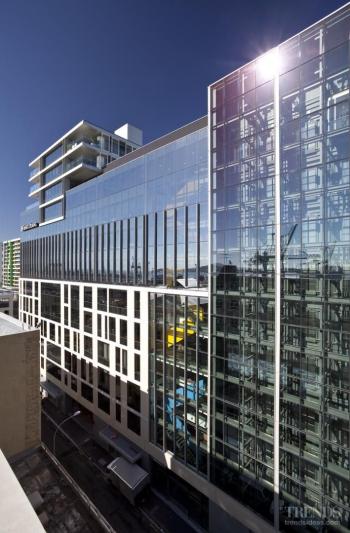 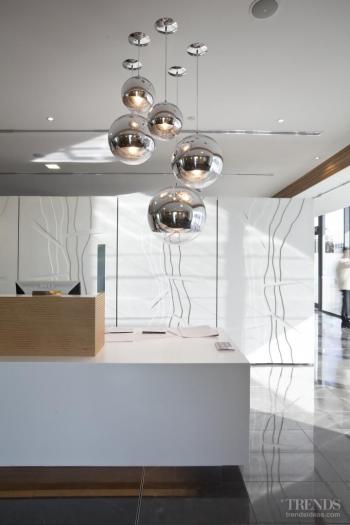 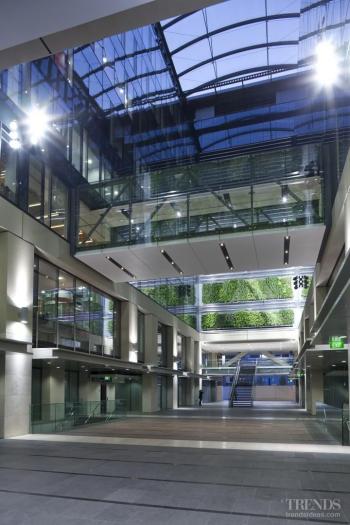 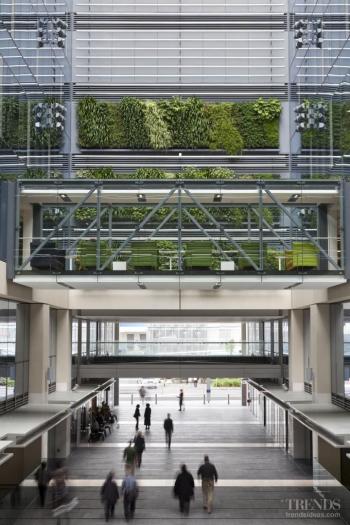 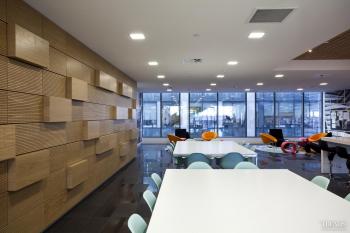 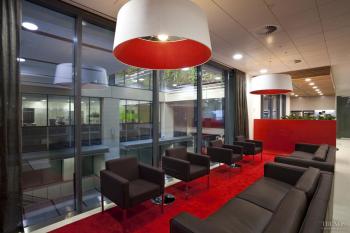 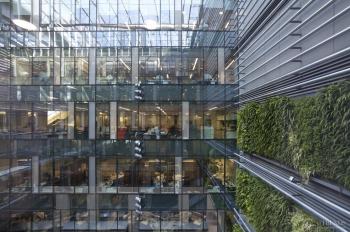 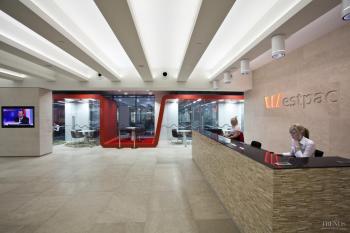 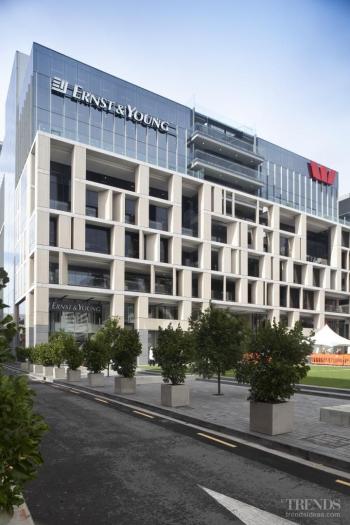 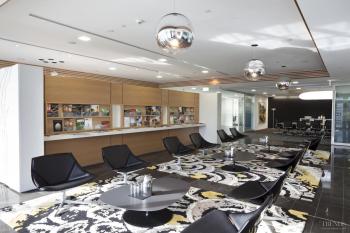 The heritage value of the site was also a key motivation for Johnson and his team.

"In terms of its dimensions, Takutai Square towards the east end of the precinct is a classic example of the ideal civic space," Johnson says. "The buildings surrounding it are almost perfectly aligned with the views to the harbour. The bones for this to become a truly great square were already there. But the real beauty of this civic space lies in the heritage buildings. They give the place a grain – a sense of memory and texture into which we could insert new layers that would reinforce the heritage elements and activate the entire precinct."

In addition to the extensive renovations of the older buildings, and the introduction of bars, cafés and retail spaces, the masterplan provides for a number of mixed-use developments. The first of these, informally known as the East Complex, is made up of two buildings – the Ernst & Young building and the second element of the head-office complex, Westpac on Takutai Square. The upper levels are occupied by Ernst & Young, Westpac, and the third anchor tenant, Southern Cross Health Society. The retail outlets are at street level.

"The new complex needed to have an urban language that would be in keeping with the low-rise buildings in the precinct, including the many scheduled heritage buildings of the perimeter," says Johnson. "These heritage buildings exert a strong presence on the streetscape and contribute to the precinct's character and sense of enclosure. They also give it a human scale."

The new buildings consequently reinforce the character of these buildings – they are united behind a precast concrete panelled facade that relates to their form and massing.

"This continues the language of materials employed in the first stage of the development," says the architect. "It is a continuation of the predominantly masonry aesthetic of the heritage buildings. The parapet height of the smaller buildings is echoed by the Customs Street facade, and the Takutai Square facade directly relates to the height of the neighbouring Nathan and Australis buildings. It is heavily modelled to create an appropriately scaled urban enclosure to Takutai Square."

"These are not small buildings – the floorplates are very large. But the architectural detailing and scaling devices make them feel less visually intrusive," says the architect.

At street level, the complex is activated by the retail tenancies. The north facade is further enlivened by a dramatic colourful stairway and a glazed lift shaft. Three angled glazed bridges linking the two adjacent elements of Westpac on Takutai Square feature a non-parallel, dynamic geometry. This contributes to a sense of movement and change when viewed from the street, says Johnson.

"Because the buildings are low-rise, the people working in them have a greater connection to the daily life of the city than they would in a high-rise. There is a strong sense of connection with what is happening outside, and vice versa, which helps build the energy of the precinct. The people on the inside are looking out, and those on the outside are looking in."

The atrium features vertical gardens of native planting that soften the east and west walls.

The design was further influenced by the need to achieve a 5 Green Star – Office Design rating.

"Following the Green Star programme reflects Cooper and Company's wider commitment to environmental best practice," says Matthew Cockram. "We have a robust environmental policy in place that is reflected in everything we do throughout the Britomart precinct, including our work restoring the heritage buildings."

In the offices in the East Complex, the glazed atrium ensures that even with the large floorplates, there is plenty of natural light. The glazing also allows a sense of transparency within the offices that enhances communication and social interaction. Low-e double glazing controls heat, glare and external noise. Heat gain and loss is further controlled by the insulated facade panels and insulated roof membrane. Artificial lighting is integrated into a modular acoustic ceiling and was selected for high output, low energy consumption and glare control.

"The large floorplates are based on a 1500mm planning grid with dimensions to suit contemporary workplace practices," says Johnson. "They allow for the efficient use of space for open workstation layouts, and can incorporate closed offices as required. The 2700mm ceiling heights and services reticulation zones are designed to allow for future changes."

In keeping with the need for sustainability, materials were selected for their durability, low maintenance and eco-friendly manufacture.