The world – for the most part – is divided into two types of people: technophiles and technophobes. The first type envision a world of personal flying saucers and robot maids, the second cling to the notion of the good old days of stickball in the street and family drives on a Sunday – and never the twain shall meet.

Every now and again though, a maverick will appear; someone who embraces both ideologiesand believes that the two can co-exist harmoniously.Jeffrey W. Smith, CAS, is one of these. Founder of First Impressions Theme Theatres, Smith spends his days designing, building and installing up-to-the-minute hybrid personal cinemas and fantasy environments for clients around the world.

Anything from faithfully reproducing the look of a 1930s Picture Palace to a Star Trek theme, complete with working airlock doors.

Yet, when it came to remodelling his own home, a tower suite coined Skyloft, Smith chose a ‘MiMo' – Miami Modern – aesthetic, inspired by mid-century designers such as Eero Saarinen, Isamu Noguchi and George Nelson.

"There was a time in the late 40s to early 60s when South Floridians turned to materials and surface applications indigenous to the region to create a signature design scheme. It is an area of interest to me because it is not something that you see any more," says Smith. 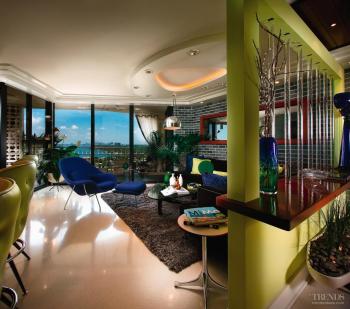 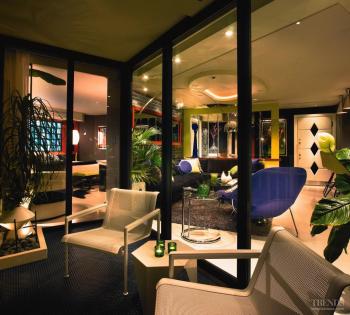 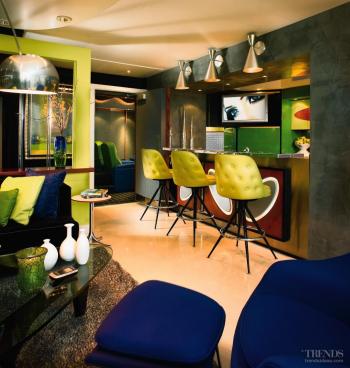 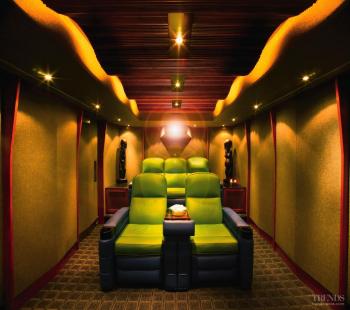 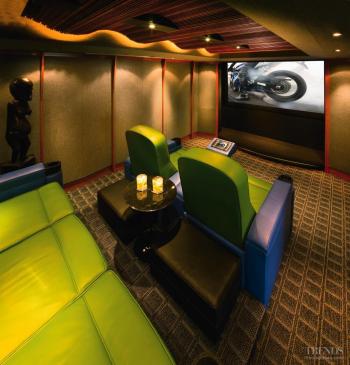 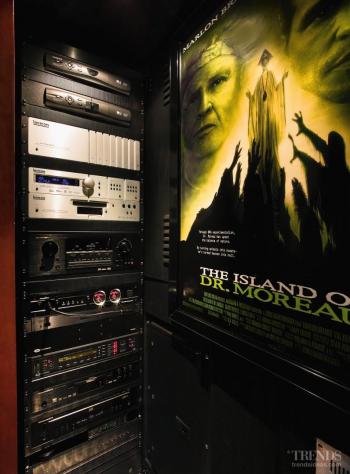 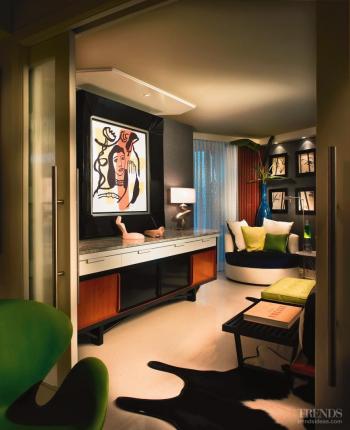 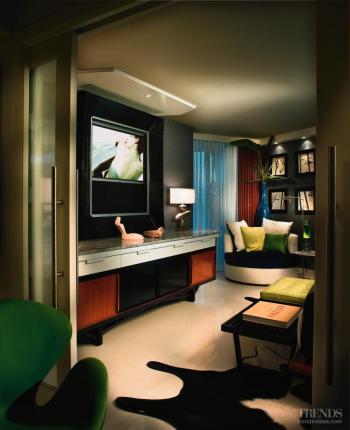 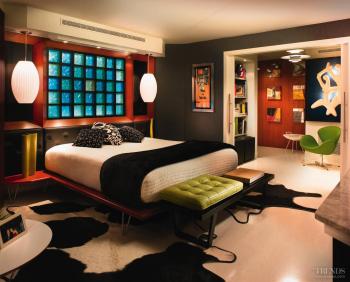 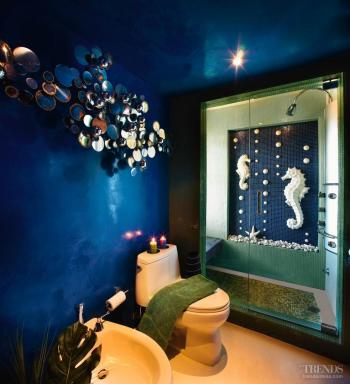 Don't let the retro look fool you though. Beneath the exterior beats a heart of pure technology – a home automation system that controls every aspect of the residence – you can even fill the bathtub remotely.

"The whole apartment can be controlled by function – climate control, lighting, audio, and video – by room, and by time.

"There is also a one-touch feature that turns the apartment ‘on' or ‘off', and the whole system is controlled via four touch screens and one hand-held mini touch screen," says Smith.

Programming changes are controlled via the internet, or by cell phone.

"For me personally, that is what I like best about my home – the ability to adjust the mood through a series of preset commands without even having to get out of bed," says Smith.

At first these two ideologies – retro styling and high-tech lifestyle – appear to be at odds, yet in reality they are perfectly suited, says Smith.

"Any design scheme can be successfully integrated into a home automation system, it comes down to how to conceal the technology – pull-out plasma screens in wall cavities for example."

Since founding First Impressions Theme Theatres back in 1975, Smith has seen a remarkable amount of change within the industry and says that more is still to come.

"In the first instance, the technology will become more affordable, and there will be a greater emphasis on remote access, either through the internet, or by cell phone. Ultimately, it will usher in a new way of living."

Even in recent times the technology has improved rapidly. Media servers allow us to download and store movies for remote access. Also, how we watch is being continually upgraded as visual technology moves beyond high-definition television, with 3D and 4D interactive audiovisual digital experiences in the home on horizon.

We cannot deny the digital age is upon us, yet with people like Jeffrey Smith showing us how to use technology to our advantage, there is no reason why we can't all be technophiles.