Kitchens in older homes may have redeeming features that deserve to be retained. For those with little or no saving graces, it may be better to demolish and start again.

That is exactly what the owners of this home, Paul Rosnell and Brett Timmins, decided to do. The kitchen of this 1910 villa had been remodelled in the early '70s in a farmhouse style, says Rosnell, of Van Veenendaal Rosnell Architecture & Interiors.

"The original kitchen was dark and boxed in, its outdated décor a mishmash of materials and old appliances that were barely functional," he says.

"However, its position at the rear of the house was perfect for what we wanted to achieve – a light, spacious kitchen and dining room with a connection to the outdoors."

To create this new open-plan layout, the existing walls in the kitchen were removed and a new extension built on to accommodate the dining area. 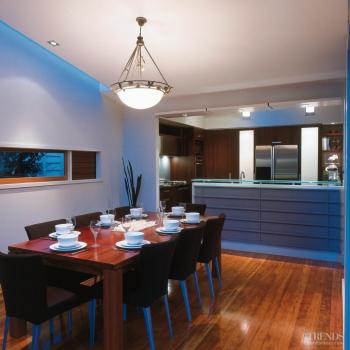 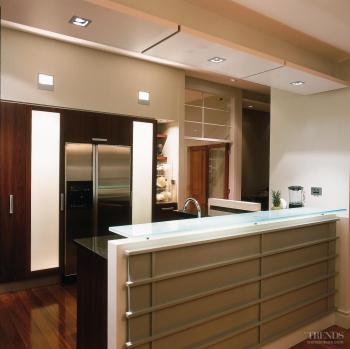 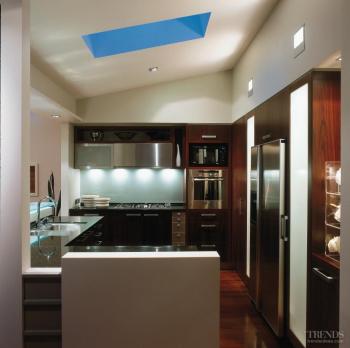 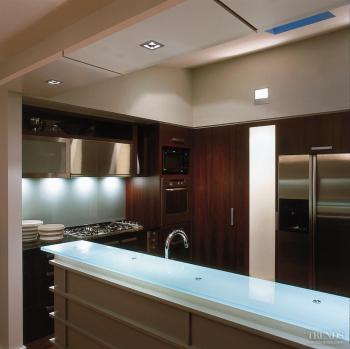 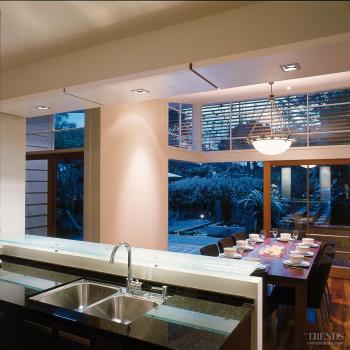 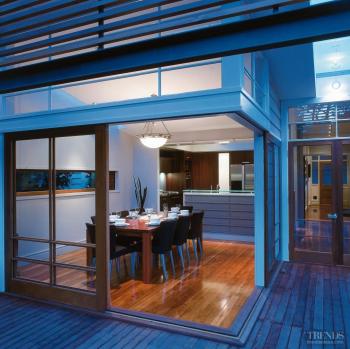 In contrast to the kitchen's sloping roofline, the ceiling of the dining room tilts up to accentuate height and space. Glazed sliding doors in slim wood frames pocket neatly into two sides, opening an entire corner of the room onto a courtyard and garden. A long horizontal slot window along one wall frames a vista of the outdoors, while another slot in the ceiling above maximizes light that would otherwise be blocked by the house next door.

A large skylight further illuminates the kitchen, as do a number of strategically placed lights. These include halogen lights inside the glass-fronted cupboards that flank either side of the fridge. On a separate circuit from the main lighting system, they are often the only lights used when entertaining, says Rosnell.

"They create a soft, subtle glow that enables us to continue working in the kitchen without overpowering our guests."

Rosnell saw this light- filled space as an opportunity to introduce the use of dark wood. A jarrah table designed by Rosnell takes center stage in the dining room, while the same dark wood has been used for the kitchen cabinetry.

Accents of glass on the backsplash and on the island's raised servery lighten the kitchen's solid, substantial feel.

An L-shaped island plays a pivotal role in the layout, facilitating easy circulation between the kitchen and dining area and across the hallway to the living room, says Rosnell.

The island's lacquered front panel is detailed to co-ordinate with other horizontal elements in the kitchen and other additions to the house. It conceals a wide granite counter that turns to form a small bar highlighted by a solid block of white cabinetry. As well as function, the bar's chunky appearance adds depth to the island, says Rosnell.