There's far more to establishing a central theme for a restaurant than deciding on the type of food to serve. A successful identity also involves creating a convincing décor and a welcoming ambience.

Interior designer Ed Poole was asked to fit out Eest, a new restaurant in a five-star hotel. The design had to reflect a variety of Asian cuisine styles as well as have an open kitchen, a large public dining area and a selection of private dining rooms and function spaces.

"The owners wanted Eest to stand out from the typical Chinese restaurant, but they still wanted it to have a traditional flavour," says Poole.

The restaurant, on the first level of the hotel, is visually connected to the main entrance lobby on the floor below, by an open void. Access to the restaurant is across a bridge that spans this void.

"Planning the restaurant evolved from here. We had to ensure smells from the open kitchen did not waft down the void to the hotel lobby and entry," says Poole. 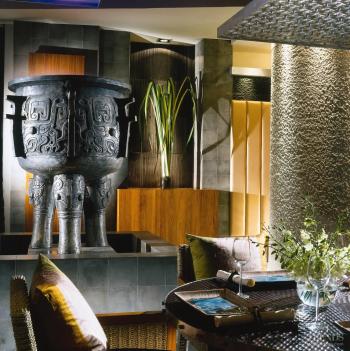 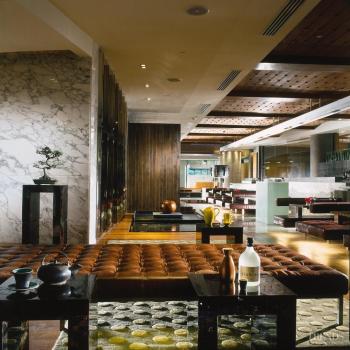 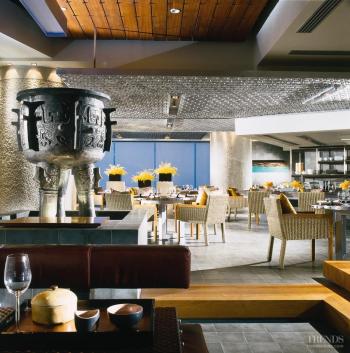 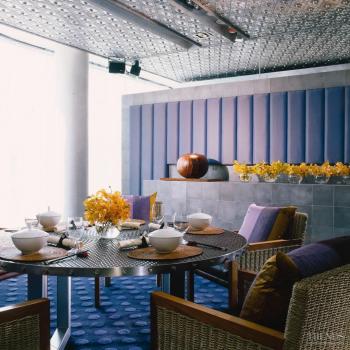 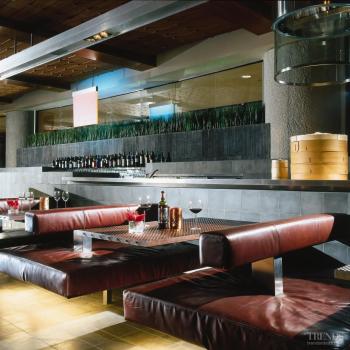 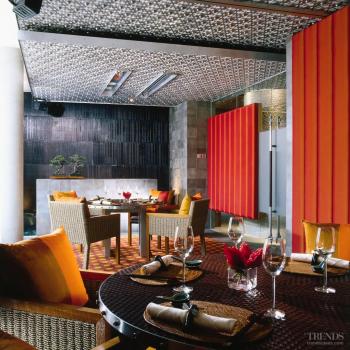 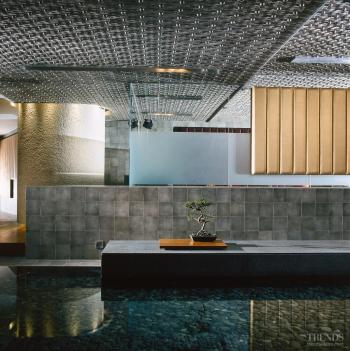 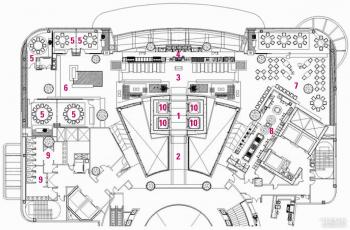 "To ensure this, we located the entrance to the restaurant in the middle of the space, and the kitchen as far away from this point as possible."

This, and the presence of columns from the tower block, which pass through the restaurant meant the layout was largely dictated by the building parameters. However, once the space planning was completed, the design team began developing the interior design scheme.

"Our point of difference was creating an Asian theme without incorporating any religious imagery or artifacts, such as statues of Buddha. Instead, we took the idea of an Asian courtyard building with its private, central area and developed a modernist interpretation of this," the designer says.

The private rooms are grouped to the right of the main entrance, and all open onto a central courtyard with a stone pond. This serves a dual role as a pre-function area or cocktail party space.

"For the décor, we looked for inspiration from everyday life in various parts of Asia," says Poole.

"First of all, we sourced some beautiful cast cement tiles, which have been manufactured in central Java since 1937. These are made from volcanic ash and rubbed with coconut meat, and each one is slightly different. These tiles are found in the shophouses of southeast Asia, so this became our starting point."

The tiled floor represented an element common to Singaporean, Malaysian and Indonesian architecture. To introduce a Thai connection, Poole incorporated Thai silk for wall coverings and upholstery. Abaca, a natural material made in Indonesia from woven banana leaves, was used for chairs.

Oversized leather day beds flank the entrance, creating a waiting area for guests. Their design is an abstract representation of the bale or sleeping huts found around rice paddies through Indonesia.

The ceiling is another abstract interpretation. The rivet effect on the metal panels represents thunderclouds and is based on Chinese mythology.

Exploration of this theme led the design team to 3000-year-old Zhou vessels, which became the basis for the design of large, decorative water pots. These pots and other bronzeware details add an element of the cultural heritage of Japan, Laos, China and Cambodia.