Change in the workplace is not always readily accepted, especially if it's perceived as radical. Sometimes, the best plan is to introduce new concepts gradually, which is exactly what global engineering design consultancy Arup has done in Los Angeles.

The company recently established a satellite office in the downtown area, to be closer to key clients, and to limit travelling time for workers. Planned as a touch-down space where people could work for several hours or days at a time, the office presented a unique design opportunity, says Arup principal Jon Phillips.

"For several years, we have talked in the main LA office about the idea of activity-based working, whereby people are not hampered by a fixed desk structure. In the current arrangement, no single seating solution is ideal; people need to be able to collaborate at times, and work on a set of drawings which requires space. So we explored the activity-based working concept for the satellite office – it is already in use in Arup offices in Australia."

Arup collaborated closely with Zago Architecture throughout the entire design process, giving the architects a very open brief in terms of aesthetics.

"We wanted the space to be very different from our corporate office," says Phillips. "We required more of a studio feel, and we wanted to challenge people to think differently. It needed to be invigorating and creative, and it needed to reflect our innovative approach to engineering design." 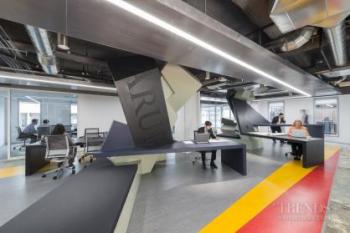 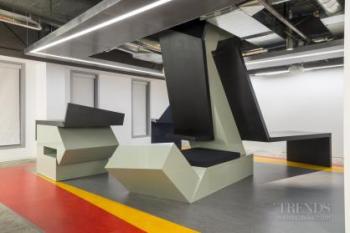 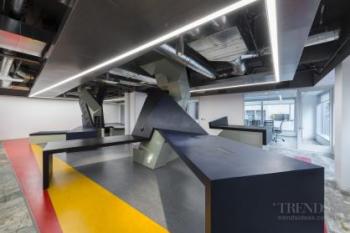 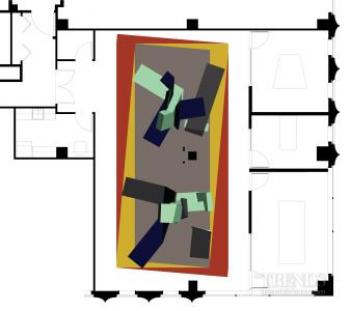 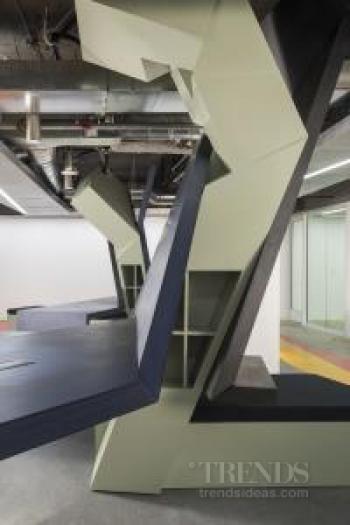 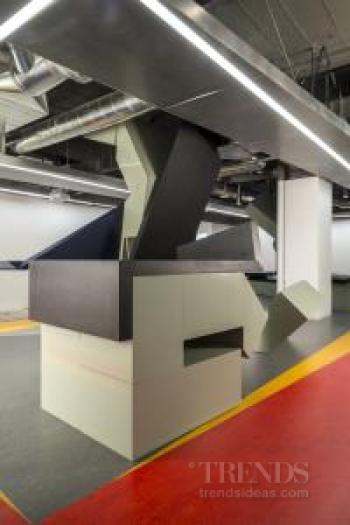 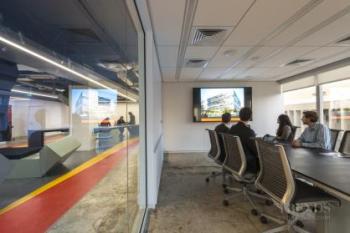 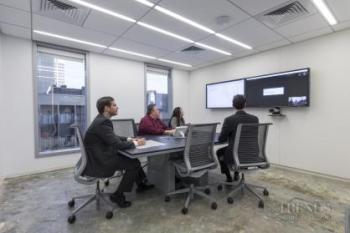 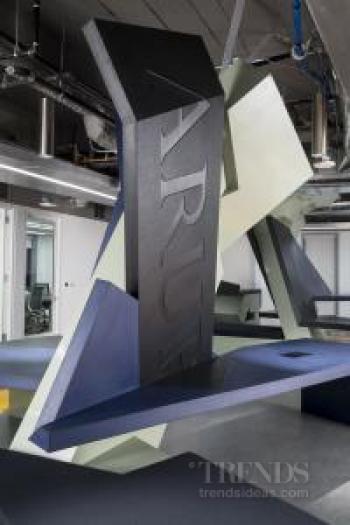 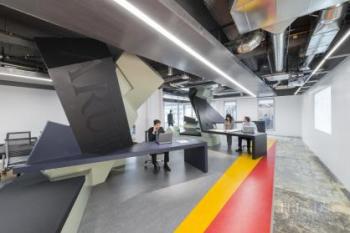 Architect Andrew Zago says the existing building and the space itself were spare and box-like.

"This prompted the idea of introducing very bold, oversized elements into the building, so it would look as though they had just arrived there and were a little too big for the space.

"This in turn led to the theme of an enclosed capsule element that transforms into the office furniture. If you begin to unpeel the capsule, long arms branch out to become tables, storage and seating areas. That is how we developed the more unusual forms. They are not haphazard – they all come from the same sculptural base."

In keeping with the need to provide a variety of work areas, the tables are of different heights, and include a work surface at standing height. There is also a long, upholstered bench seat, and three meeting rooms of varying sizes, with glass walls for sound privacy.

The desk surfaces are made from Richlite, which comprises layers of recycled paper cast into a phenolic resin and coated with hand-rubbed oils.

The furniture in the main office is mainly, but not completely, contained within a large rectangle – the geometry is echoed on the floor in bright orange, yellow and grey linoleum, and in a suspended ceiling element made from perforated aluminium. This sits below the exposed services, enhancing the semi-industrial studio feel of the space.

"The suspended metal ceiling is not just an architectural element," says Zago. "It also accommodates the LED lighting strip and features sound attenuators, so the hard surfaces don't echo."

Not surprisingly, for an engineering design firm, embedded technology is a given. There are video conferencing facilities and two areas where a short-range projector can throw images onto the walls. Writable walls are another feature.

"People either love it or hate it – there's no grey area. But more and more people are choosing to spend time in the office because it works for them and they really enjoy the space. We anticipate a gradual roll-out of the activity-based working model to other offices."