Living with the land

Set amongst vineyards, this remodeled farmhouse is all about making connections, both with the landscape and with family and friends

Living with the land Discover this article's resources 0

So the saying goes, good wine is made in the vineyard. However, the very factors that influence the ripeness of grapes – sun, aspect and shelter – can also impact on house design.

From their very first client meetings, architects Jill Lewis and Lane Williams realized this project was very much about making connections.

"The clients were very articulate and clear about what they wanted to achieve, yet there was plenty of scope for design freedom. The basic idea was to connect the house with the vineyard and convert the interior into a place where connections with family and friends could be made."

The owners had a simple wish list, says Lewis. The existing house had only two basement level bedrooms, so a master bedroom was requested for the main floor. A garage was added, an unfinished attic improved, and, overall, the house was adapted to make it more livable. 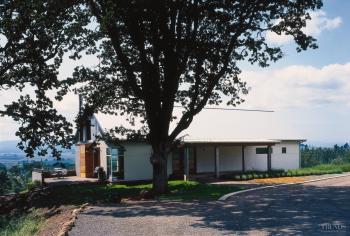 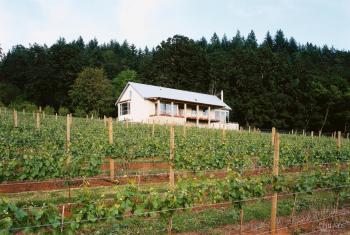 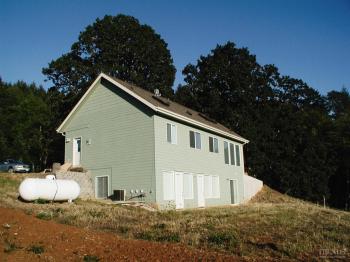 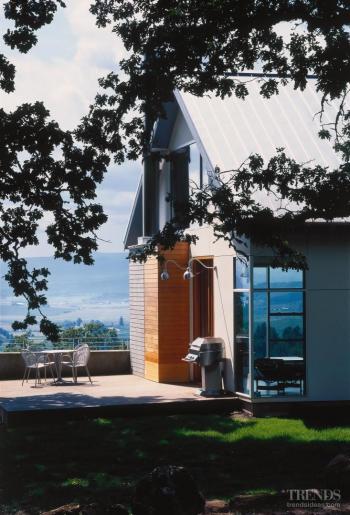 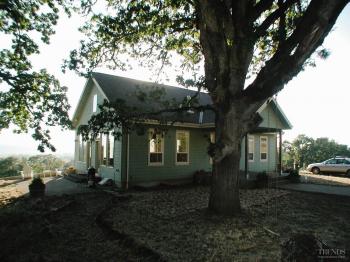 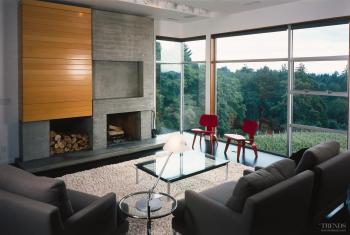 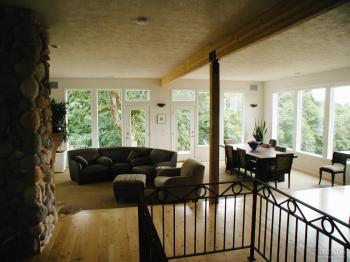 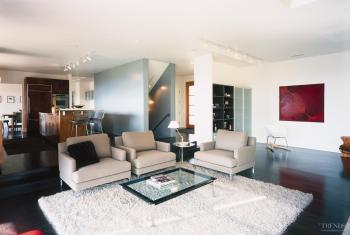 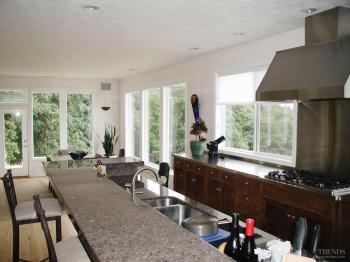 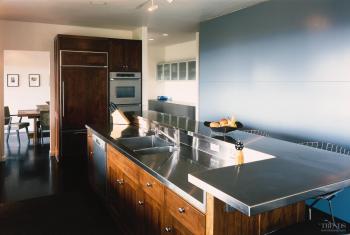 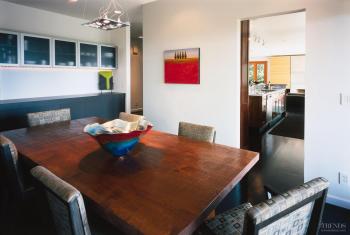 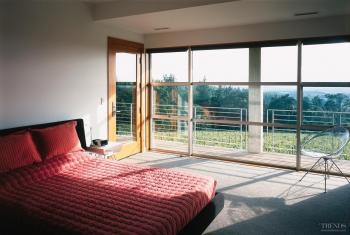 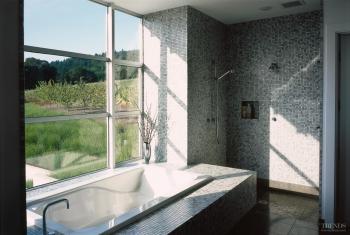 "The original gabled roof over a basic box form was extended to gain the extra space required, and the new master bedroom suite was stacked over the new basement level garage."

In an effort to engage the simple lines of the structure with the land, large, covered fir-framed porches were added to the east and west facades.

The east-facing porch acts as a friendly entry to the house, while the west side opens up to views of the vineyard.

"There is something attractive about taking the original farmhouse aesthetic and refining it honestly through material selection," says Lewis. "The porches add weather protection, plus texture, while contrasting materials add visual depth, appropriate to the setting."

The remodeled structure was clad with white stucco, with concrete columns poured in place.

"The large fireplace at the south end of the house was both the biggest challenge and source of pride," says Lewis.

"Entirely poured in place, this solid, sculptural form was a work of precision and coordination. The Alaskan yellow cedar detailing makes it both an interior and exterior feature."

Inside, a cedar cabinet, that pivots open to reveal a television, is built in to the fireplace.

The interior palette of materials was assembled with restraint, yet colors and textures were chosen to carefully strike a livable and approachable balance, says Lewis.

"We pulled the dining room out of the living area and located it in an intimate and private space. This is perhaps a little unusual, as we usually go for contiguous spaces."

With the exception of a new stainless steel countertop, the kitchen was one area that required little remodeling.

"The kitchen is a special part of the house. All the existing kitchen cabinets were retained, as they were made from a single walnut tree that grew on the property," says Lewis.