Living on the edge

Living on the edge Discover this article's resources 0

Steep, challenging sites exposed to extreme natural and man-made conditions will always arouse extreme reactions. People will either love the idea of living in such a location, or refuse to even consider it.

This home, designed by architect Eric Cobb, is built on a steep site by the ocean. It is exposed to extremes of weather – salt spray, driving rain, intense sun and severe storms – plus, 20 times a day, freight trains thunder along tracks separating the house from the sea.

The house also has spectacular views of the ocean, the ships coming in and out of the port, and the sight of the railway as it snakes along the coastline.

Cobb says the owners had previously lived on the site and loved the intensity and the ever-changing experiences of the seaside location. Also, the nature of the terrain meant the area was private.

"Instead of attempting to temper the site, and probably failing because its features are so aggressive, we decided to heighten its extreme character. We have done this both with the design of the house and with selected materials," says Cobb. 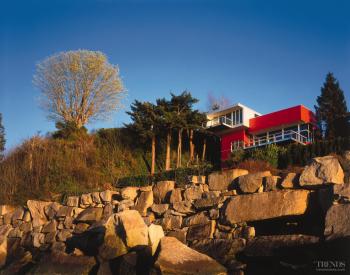 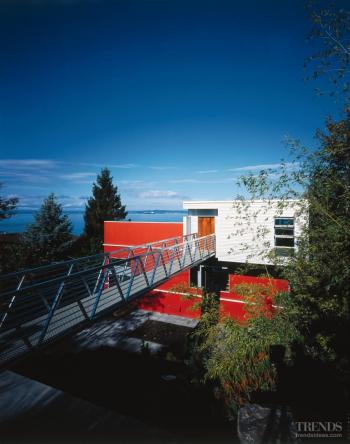 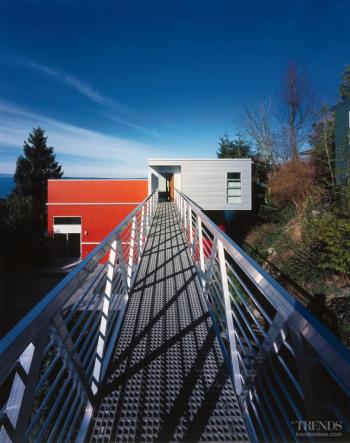 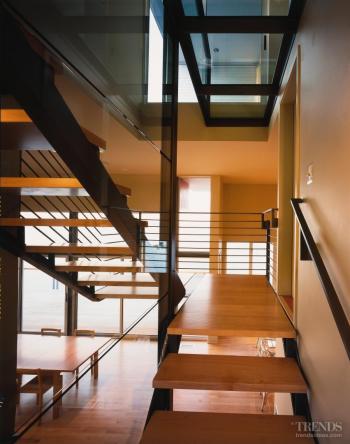 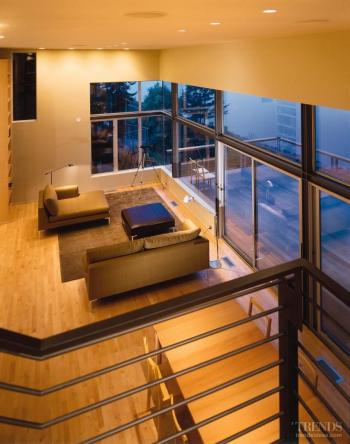 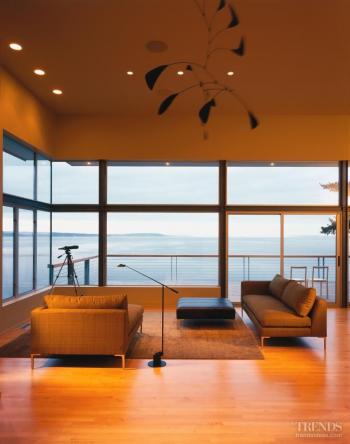 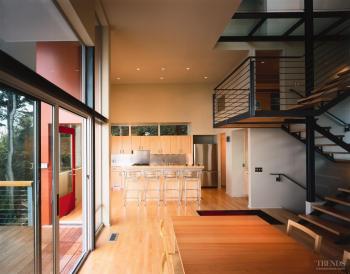 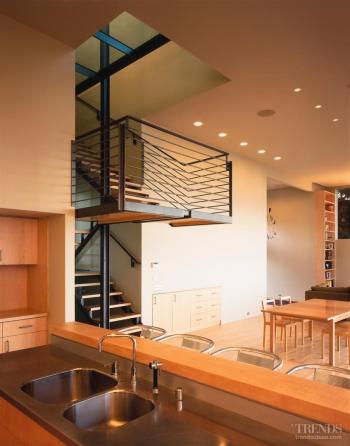 Because of the environment, Cobb and the owners chose Galvalume steel, aluminium and orange-painted Hardie fibreboard panel cladding. Aluminium channel details are mounted horizontally over the joints in the panels, four centimetresaway from the face of the building.

"These channels add an architectural detail by casting strong horizontal shadows on the flat panels. Also, when the sun strikes the top of the strips, it bounces up, creating bright lines on the face of the building," says the architect.

"The owners love colour so they chose a strong, bright, attention-grabbing shade for the building – an interesting approach when using an economical material."

With the steepness of the site came the opportunity to maximise the height of the structure. In the original house, the front entrance was 54 steps below the street. But, with the new design, the entrance was located as high as possible in the building.

Now, the three-level house is accessed via an aluminium bridge that crosses through the trees, arriving at a metal box that forms the top level of the house.

"After crossing the bridge, you pass into a totally transparent entrance space, before descending the open staircase through to the double-height living room on the level below," says Cobb. "We wanted to create a sense of leaving behind the danger and excitement of the bridge, and being greeted and surprised by the view and by the tremendous volume of the interior spaces."

Also on the top level, to one side of the stairs, a glass bridge is designed to create a visual barrier between the master bedroom and the public spaces of the home.

On the way down the main staircase are two landings. These provide access to two spaces – a children's homework room that looks over the kitchen and a television room. The ground level below the living room contains the children's bedrooms.

Making connections to the outside can be difficult with a steep site. Here, each level has its own outdoor area, providing spaces with a variety of microclimates.

The master bedroom suite on the top level opens onto a roof terrace, the living room has its own balcony overlooking the harbour, while a library, also on this level, opens to the rear. Play space for the children is available in a garden area off the lowest level.