While most modern office interiors celebrate a company's core culture, few turn that around to make a similar statement about their clients' business. But this is exactly what the new Lithium corporate headquarters in San Francisco does – the fit-out recognises the importance of the client base and the need to make this the focus of attention.

"The new space certainly needed to embody Lithium's own business goals and cultural make-up with a strong brand identity, but it was important this didn't overwhelm visitors. We needed to achieve a balance between Lithium's own identity and that of its clients."

The solution was to fully integrate technology into the fit-out, with large media walls allowing graphics to be changed at the touch of a button. Other large graphic displays and television screens throughout the building can also be programmed with client branding. At other times the monitors display Lithium's in-house performance metrics and news about company events or employees.

Lithium's own visuals have helped to create the high-impact interior, which Wagner describes as a restrained palette of shapes, colours and graphics. 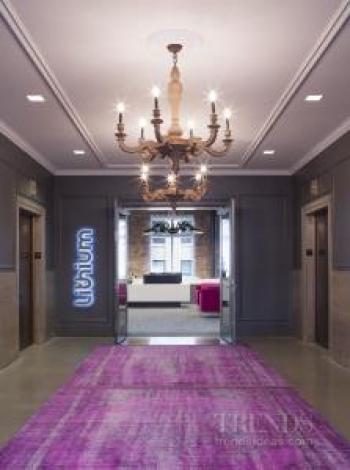 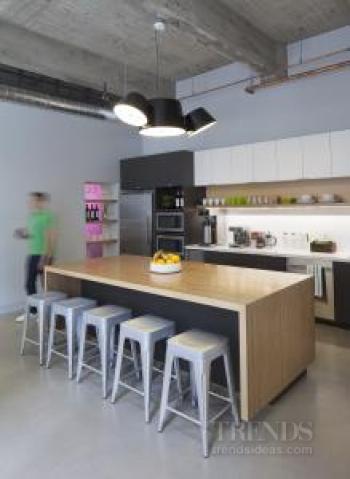 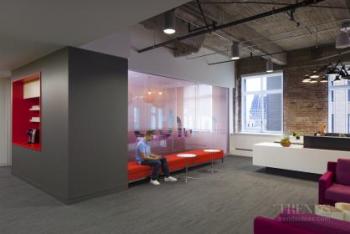 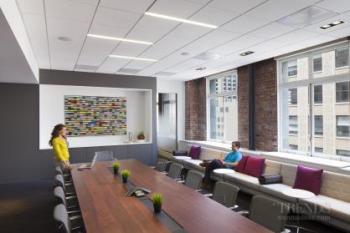 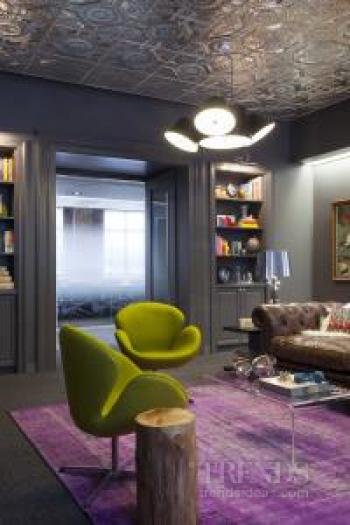 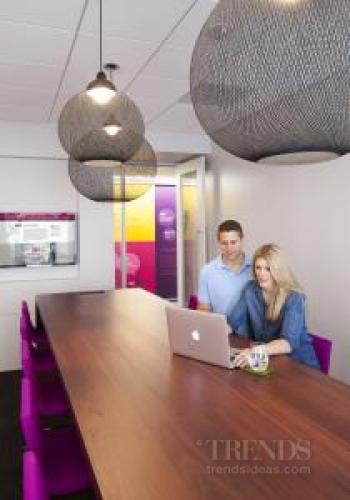 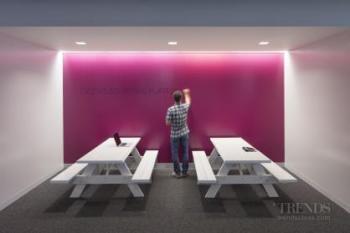 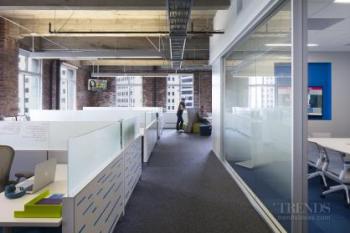 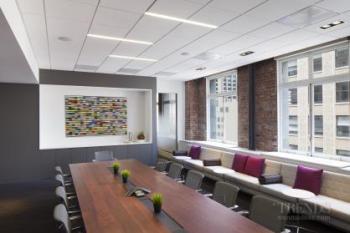 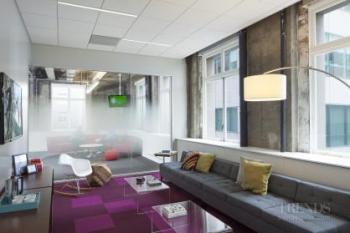 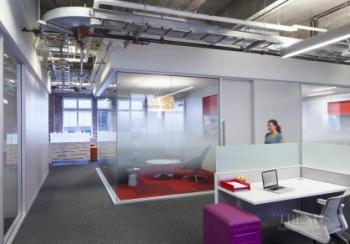 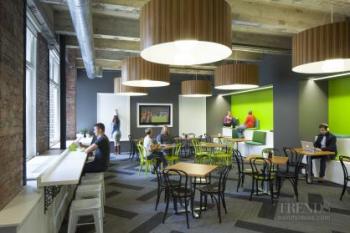 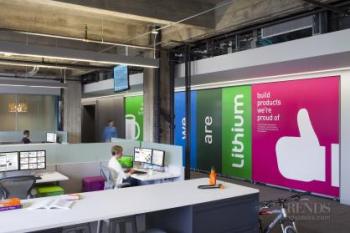 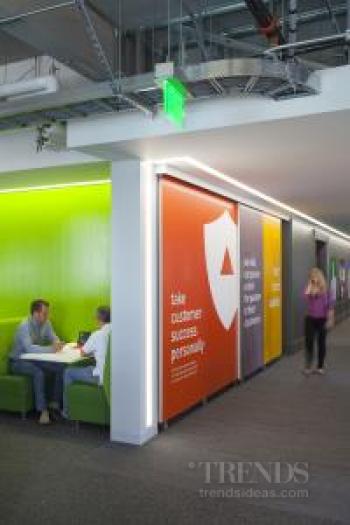 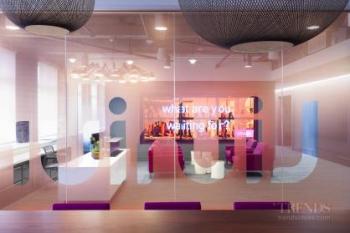 "We wanted to capture the playfulness of the corporate colours – fuchsia pink, orange, blue and green. But we translated these very carefully, introducing the colours as bold accents in carpets and furniture, with a neutral, grey backdrop."

Wagner says it was also important to highlight the historic nature of the brick building, which is one of the oldest high-rises in San Francisco – it was once the tallest building west of the Mississippi River.

"The building has undergone a complete transformation. Layers of plaster, woodwork and ornamentation have been peeled back to reveal the original structure. Around the perimeter, for example, the plaster has been removed to expose the original brickwork and raw concrete."

Wagner says a decision was made to reference the traditional elements around the core, where the lifts and entry are positioned.

"As you get further away from this core, the look gradually gets more modern and the technology is exposed. Because it is an old building, the floorplates are relatively shallow, so there is plenty of natural light flooding into the office. The windows are all operable, and there are radiators right around the perimeter, which we have enclosed."

One challenge the design team faced was the a number of small service rooms around the core, which included a janitor's closet and rooms for mechanical services. These all featured doors of different sizes and styles.

"The area was a mess of old building utilities, and nothing matched, but we still needed to provide access to these services. Our solution was to cover the entire area with a series of sliding graphic screens. These are covered in bold branding messages, which can be changed out easily as required. The screens are on wheels, so they can be rolled to one side when someone needs to access the rooms behind."

To provide total flexibility, the new workplace features a variety of work environments, ranging from private to highly collaborative, from low to high tech, and from casual to formal. Staff can easily reconfigure furniture, and spaces convert from "heads down" to "social" with simple devices such as draperies, furniture screens or sliding panels.

"There are areas where people can collaborate, including glass-walled conference rooms, communal tables, and niches with bench seats for two people. These are strategically placed around the office so there is always a place close by where people can sit and talk. In some areas, ceiling tiles conceal the exposed services, and provide acoustic privacy. Similarly, there is film on glass-walled meeting rooms, so although they are translucent and light filled, there is still a degree of privacy."

Approximately 60% of the walls are writable surfaces. They have been treated with a clear layer of Wink paint, so messages can be left, just like on a whiteboard.

Wagner acknowledges that the intent of the pendant lighting, casual lounge furniture, café-style central hub and colourful rugs was to soften the office so it is not a purely commercial space.

"Essentially, it is a blended mix of residential, hospitality and commercial aesthetics, and this reflects the way the spaces are used, and the emphasis given to work-life balance," he says.

"Part of the design brief was the need to create a place that people would enjoy spending time in – attracting and retaining staff are key priorities for every modern business. For our team, it is always exciting to be part of a design process that impacts on the essence of a client's business. We often say a company's culture influences the workplace, but the workspace can also influence the culture."