Internal bathrooms can pose a challenge for designers due to their lack of natural light. Space is often another issue needing to be addressed.

Both these factors came into play with this penthouse apartment renovation, says designer Leonie von Sturmer.

"The existing ensuite bathroom was very enclosed with a bath right along the back wall, a corner shower, and two glass doors at a 45° angle. There was not a lot of space remaining."

To create a much lighter, more spacious room, the bathtub was removed. This left space for a larger, open shower area, which is positioned behind a new tiled pillar in the center of the room.

"The pillar provides a degree of privacy for the shower, but doesn't enclose the room," the designer says. "The owner didn't want to be able to see straight into the shower area." 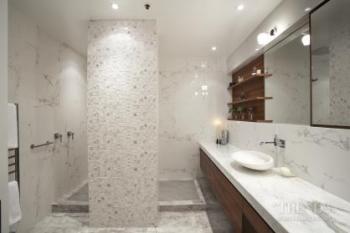 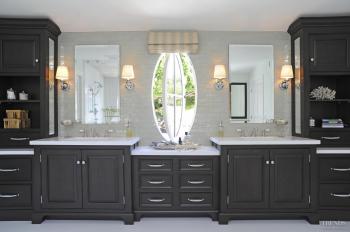 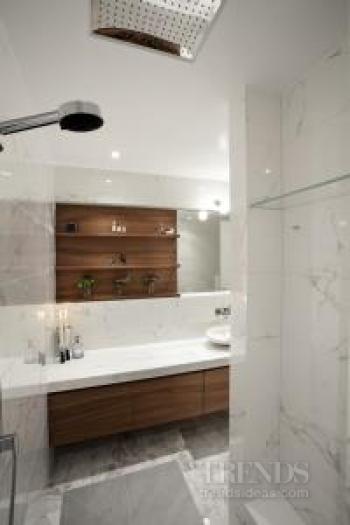 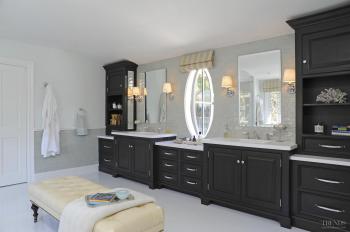 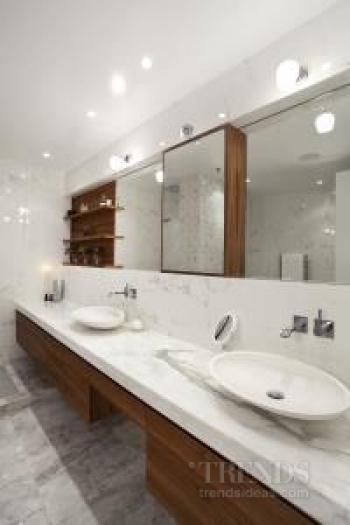 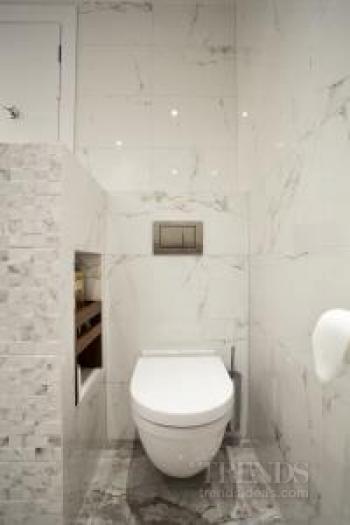 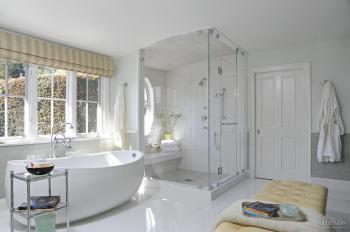 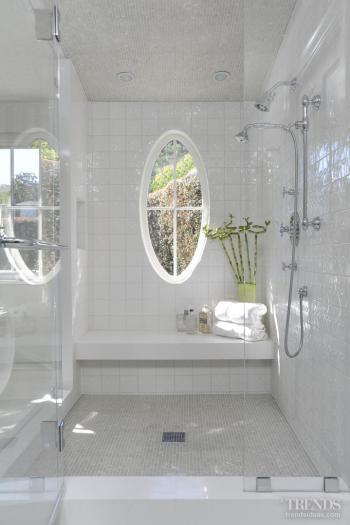 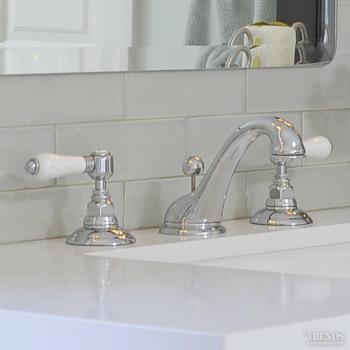 Wrapping all sides of the pillar in small, square porcelain tiles similar to the larger tiles that line the rest of the bathroom helps to give it definition and textural interest.

"Removing the bath also gave us more space for a longer vanity unit," says von Sturmer. "This features flush, cantilevered walnut cabinetry. We lined the interior of the cabinets and the mirrored doors with walnut to add a touch of luxury, and also introduced walnut shelving. The walnut is teamed with Carrara marble on the vanity top."

Because the owners wanted the layout to follow Indian vastu shastra and Chinese feng shui design principles, the toilet area needed to remain in its existing position near the door, on the southwest side of the room. However, a half wall was added to hide it from the entry. A walnut magazine rack was set within a niche in the wall.

LED lights were specified to maximize the light-colored porcelain tiles on the walls and floor, reinforcing the sense of openness.