Special lighting effects take on a starring role in this New-York style loftapartment, formerly the projection room of an Art Deco cinema

Sometimes the most effective interior design solutions are those that introduce an element of playfulness into the mix – after all, our home is generally the place where we can most easily express the fun side of our personality.

For this project – the interior design of a loft-style apartment – the entertainment factor was critical, says Scott A Herbst, the homeowner.

"This is a large space and it could have felt cold. I wanted a warm home during the day that could be transformed into a lounge space at night," he says. "I also wanted a contemporary look, rather than an eclectic or traditional feel."

The task for interior designer Leroy Belle was made easier by the fact that the space was steeped in entertainment history: the apartment was originally the projection room of a former Art Deco cinema.

"In its day, Art Deco was seen as ultra-modern, so contemporary pieces, such as the black leather sofa in the living area, blend in well. Other pieces of furniture, such as the dining room chairs, follow what I call a modern Deco style," says Belle. 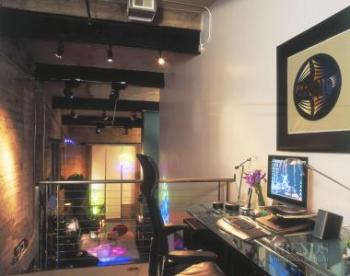 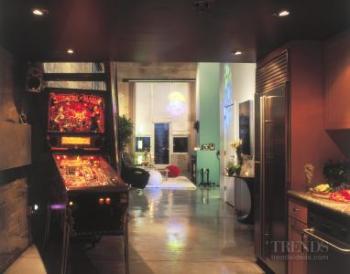 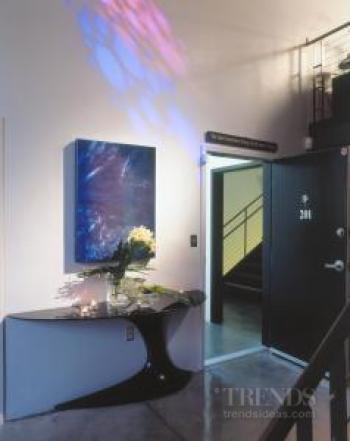 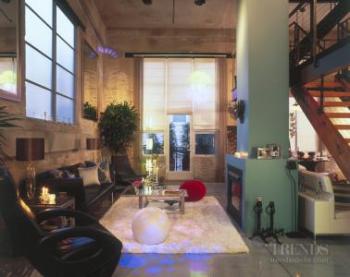 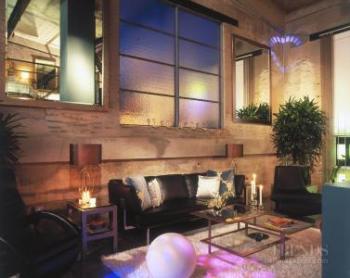 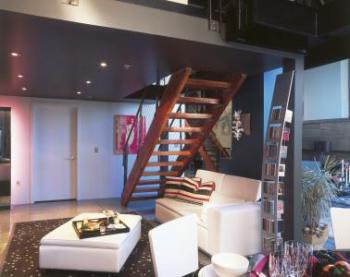 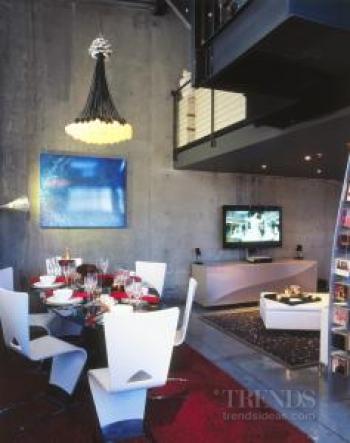 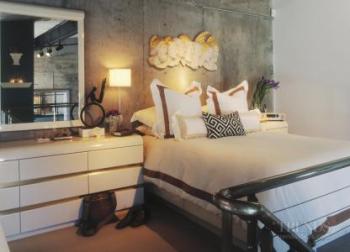 The expansive open spaces, many up to 26 feet high, also complement the modern aesthetic. The only internal walls form the bathroom spaces.

"As you open the front door, you come into an explosion of space, with a 25ft-high ceiling," says Belle. "Everything in the apartment is exposed, so each element needed to co-ordinate and look good from above and below, as well as sideways."

The designer has co-ordinated the internal spaces by introducing a repeating oval motif. The dining table, the lamps and ottomans in the living area, the shape of napkin rings – all are oval.

Even the night club lights, part of a professional sound, light and smoke system, have been programmed to project circular patterns on the walls, ceiling and furniture.

"The result is a sense of unity. It's a subtle thing: people can't figure out why the space is working, they just know it is," says Belle.

Much of the apartment's energetic ambiance comes from the red, white and black color scheme, and the contrast of textures and surfaces. In the living area, for example, velvet cushions and shag pile rugs – the inspiration for the home's color scheme – are juxtaposed with the raw concrete walls and polished concrete floors.

"Once you've chosen the biggest design statement for your home – in this case, the shag pile rugs in the living area – you can go on to layer the look with furniture and lighting," says Belle.

Furniture pieces are large, in keeping with the scale and height of the spaces. Theatrical touches include the chandelier above the dining table, which comprises 85 light bulbs, and a lithograph of Elizabeth Taylor in the media room, created using equipment belonging to Andy Warhol. One of the most dramatic statements in the apartment is the 16-foot high brushed nickel curtains in the living and dining areas, says Belle.

"The links of the chain mail curtains continue the apartment's oval motif, and make a sweeping metal sound when they move."