Architectural design is considered an art form and buildings often reflect this creative expression. However, the need to create a functioning environment within suggests that practicality is also important in shaping an overall design aesthetic.

In this new 6400sq ft condominium, the interior needed to be practical but artistic enough to seamlessly incorporate an extensive art collection. Architect Tim Alt, of Altus Architecture + Design, aimed to develop a common language for the interior and the artwork. The result is a series of open but defined areas that combine to create an art space that is also a home.

"We decided to insert objects into the space to create a sense of continuity throughout, rather than of separated rooms. This allows the components of the house and the art to coexist as free elements within one large space," the architect says.

Walls, cabinetry, fireplaces and even bathrooms are designed as separate objects that appear to be placed in the house rather than constructed. Many of the objects exhibit artistic or sculptural qualities that liken them to the pieces of art on display throughout the space.

Alt used a combination of what he describes as masses, edges and planes to create these inserts. Masses are defined as solid permanent structures, and edges as fixed but semi-permanent elements. Planes are similar to edges but are freestanding or floating, and appear as temporary installations. Each uses materials specific to its function. 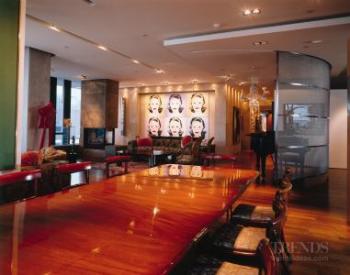 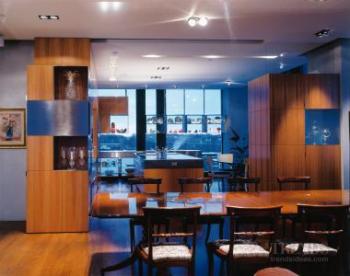 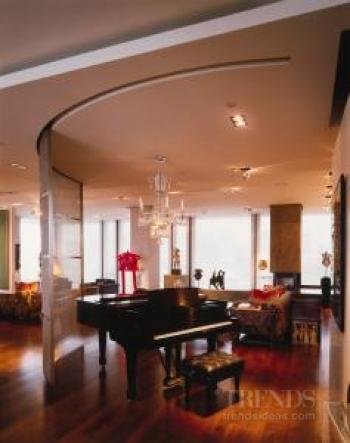 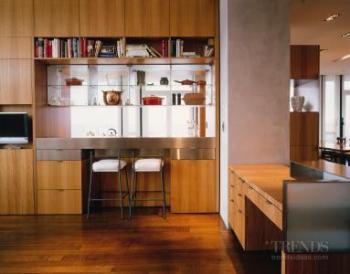 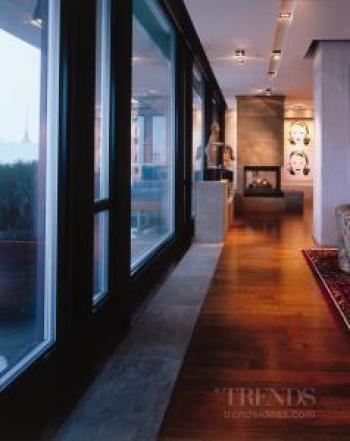 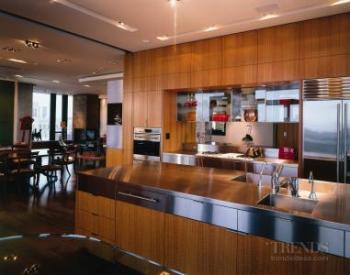 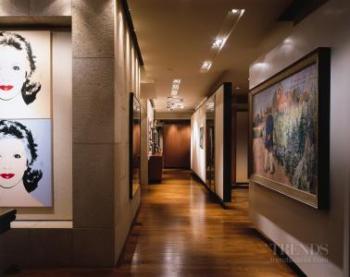 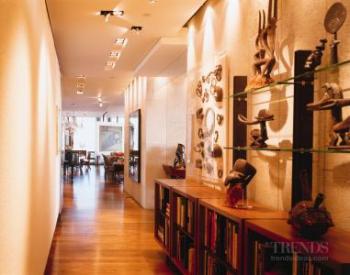 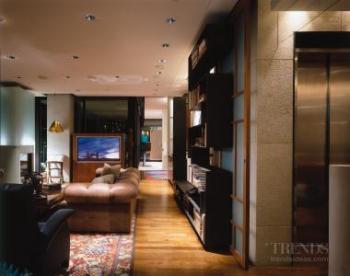 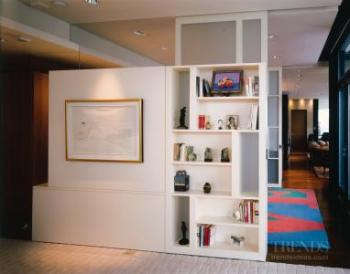 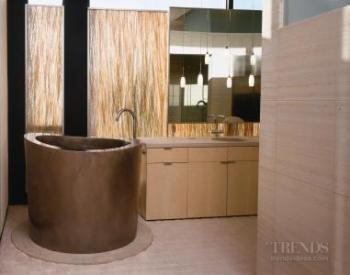 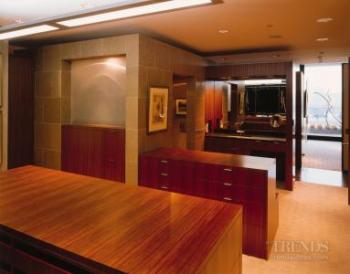 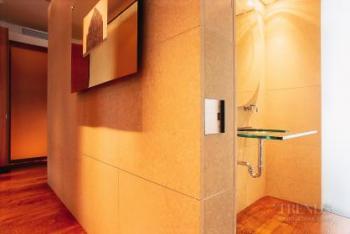 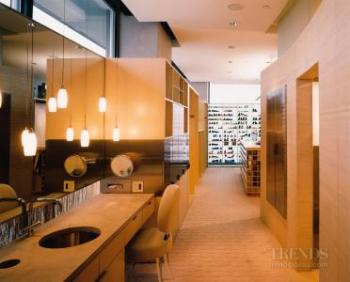 "I've used materials that convey an inherent quality and can speak to the surrounding environment," he says.

A floating partition finished in marble dust plaster is used to shape a hallway and delineate rooms to one side. It is suspended below ceiling height and above the floor giving the impression of being temporary and even movable – a floating canvas.

Adjacent to this, a wall finished in marble dust plaster folds around a column and floats in a similar way. These are used as spaces for hanging artwork. As planes they have large smooth surfaces.

Approaching the main living area, there is a curved, mobile screen which appears to cradle a grand piano. The screen is made of woven stainless steel, is see-through and is suspended from rails recessed into the ceiling. It has artistic appeal and appears to be a display, as well as being a barrier between the piano and the kitchen and dining areas.

These partitions allow natural light to filter through to the spaces and rooms beyond them maintaining a feeling of connection despite the physical divisions they create.

"We wanted to make light movement through the floor span as uninhibited as possible, creating the perception of a continuous space."

Storage cabinets are placed throughout the home. In some areas, they are used like walls. Finished either in curly maple or eucalyptus wood, their thickness suggests solidity and that they are semi-permanent objects fixed within the free-flowing space. Their doors are flush making each cabinet appear to be a large integrated piece of furniture.

The kitchen is angled away from the main living area. A translucent partition that slides across to seal off the kitchen is providing privacy when needed without totally closing off the space.

Glass cases in the kitchen are mounted in front of full-height windows and house mainly glass objects. Sunlight shines through creating a sparkling display.

Columns are exposed throughout the house. They are finished in marble dust plaster and on the whole are unadorned. In some places, cabinetry is built around them, while in others they stand as reminders of their necessity to the structure of the building.

These columns pierce through the floor and ceiling appearing solid, permanent and unmoving. Ceilings and wooden floors are revealed back to emphasize the importance of these primary structural elements.

Two larger masses finished in a texturedBeisanz limestone provide wall space to display artwork. They form one side of the main pathway that extends from the main living area to a bathroom at the other end.

Sliding doors are used to close off the more private areas. Though when opened, they allow adjacent spaces to remain connected.

"It is possible to be sitting at the dining table and be able to see the bathtub at the other end of the house," Alt says.

The bathrooms continue the themes presented in other living areas. In one bathroom, a shelf full of shoes is backed with full-height, translucent glass, proudly displaying them like objects of art.

Cabinetry in both bathrooms is constructed the same way as in other parts of the condominium. Similar feelings of refinement are conveyed through the use of smooth flush surface areas.

A stainless steel tub continues the theme of free elements combining to make up a whole. The toilet and shower are also freestanding, housed in a partial-height curved block, that is finished in vein-cut limestone. The continuous lines on the block help make it appear as a single large insert, and it is one of the few areas in the house that is totally closed off and private.

"The overall design is really about a communication between a series of impromptu relaxation spaces, the goal being to make them open and transparent in order to enhance the connection of the objects within," Alt says.