With its pavilion-style architecture and lantern light boxes, this cliff-top house maximises a great location

Preserving spectacular coastal views for the enjoyment of all is a priority for most local governments. So it's scarcely surprising to find many innovative architectural solutions along the cliff tops of Sydney's Northern Beaches, where new houses are designed to minimise the impact on the natural environment.

For this new cliff-top house, designed by architects John Rose and Peter Allison of Tanner Architects, such regulations helped determine the unusual roofscape. The house, which is on a steep site, comprises three main pavilions, each featuring a lantern roof.

"Height regulations meant the house could be no more than one metre above the road level, and it needed to provide an attractive roofscape," Rose says. "The pavilion language was the nicest way of putting that together. It was also imperative that the existing views from the road were not blocked. Providing glazed lanterns and glazing the top half of the garage allows passers-by to see right through these elements to the view beyond."

Rose says the design was further influenced by a desire to provide a dynamic composition that would appear to subtly alter its form when viewed from the coastal road above the house.

"The three pyramidal forms and the lantern roofs, which are all tilted in different ways, appear to move around each other, depending on the view point along the road. The way they relate to each other changes as you move around the bay." 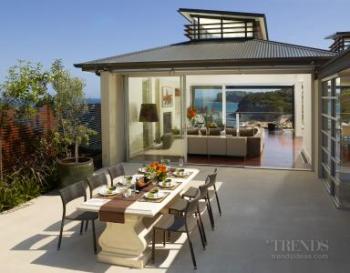 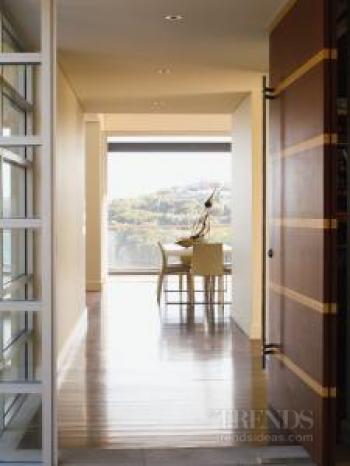 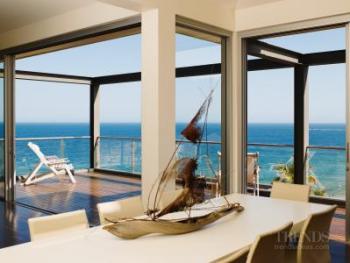 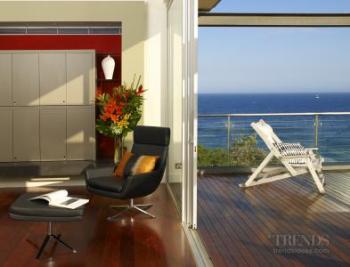 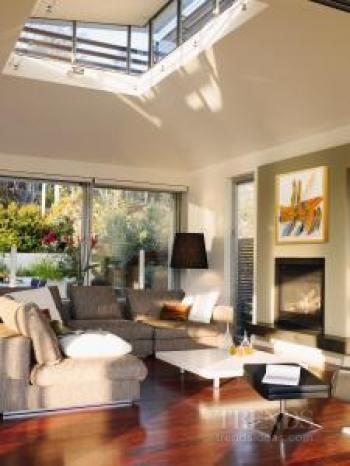 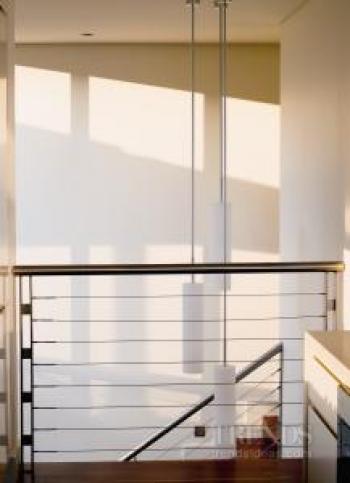 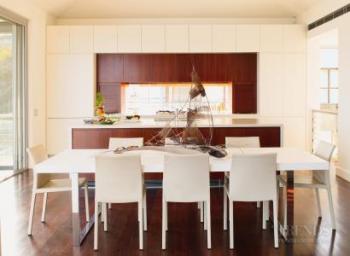 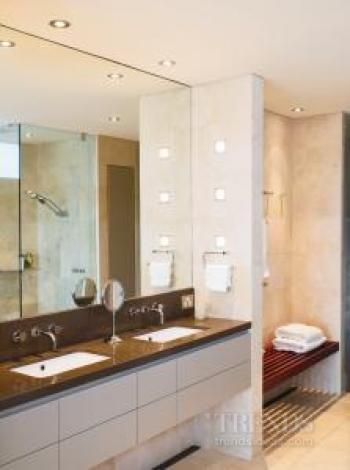 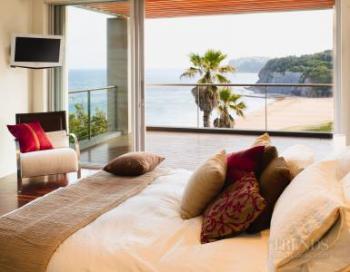 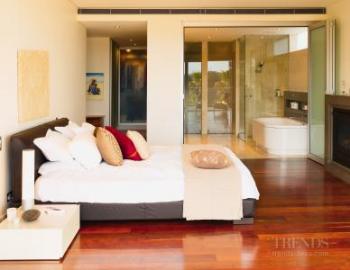 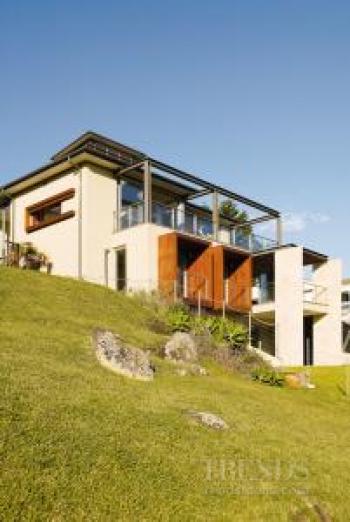 These roofs also play a highly functional role, increasing the internal volume of each pavilion, helping to ventilate the house, and allowing plenty of natural light into the house.

"As the view is south-facing, and the house is exposed to the cold, blustery sou'easterly winds, energy efficiency and thermal comfort were key considerations," says Rose. "We needed to balance the large expanse of glass on the south side. Providing similar glazing on the north side, where large sliding doors open to a protected courtyard, helps. The lanterns are also invaluable – their horizontal slats allow reflected light inside, rather than direct sunlight and heat. The light even floods the stairwell, ensuring the lower level benefits."

Privacy is another advantage of the roofs – the slats screen the interior from neighbouring properties.

The need for privacy also determined design elements on the beach side of the house. Two large timber boxes frame the windows of the bedrooms on the middle level, ensuring these rooms retain their privacy. Similarly, two projecting sandstone blades form the supports for a covered terrace off the master suite on the same level, effectively screening the interior.

"The two-storey sandstone blades have a further role to play, in that they convey a sense of strength, and help to signpost the house from the beach," says Rose. "They were also designed to be elegant architectural elements."

A steel structure framing the edge of the top-floor terrace was designed to support sliding glass screens, which will provide additional wind protection in the future.

"We believe wind and sun control is best provided on the outer edge of a building," says Rose.

A relaxed, informal interior reflects the beachside location, with the seamless flow between rooms enhanced by a virtual absence of narrow doors.

"We always try to minimise hallways in our homes, so you don't get that feeling that spaces are divided," says the architect.

Interior designer Elise d'Unienville of Tanner Architects says a textured, muted palette with tonal layers adds visual interest. The sofa fabric, for example, has the earthy look of strata. This inspired the soft furnishings. The sofa's low height allows the owners to relax and take in the view.

The casual look extends to the kitchen, where solid banks of cabinetry contrast with the glazed walls on either side, and are designed to provide a simple backdrop to the living spaces.