Based on contemporary Western and traditional Asian architecture, this family home is both light filled and secluded, despite its urban setting

On small urban plots, the architect is oftenasked to design a home with the same qualities as those found in large rural residences, where space, light and privacy are generally taken for granted.

That was the challenge facing David Ponting. He was commissioned to design a family home on a 400m2 site, with neighbouring properties only metres away. Privacy was key to the design, as was careful planning to incorporate a lap pool, garden and double garage, as well as a three-bedroom home.

The developer, Richard Thode of Nikau Living, was also looking for a contemporary design, with high-end finishes and detailing.

Ponting's solution was to draw on the Asian courtyard concept, designing a ground-floor glass box, an enclosed upper storey, and high boundary walls that form a courtyard garden.

"As the ground floor has no solid walls, the eye travels to the exterior boundary walls – this makes the rooms feel as big as the garden itself," Ponting says. "The height of the walls also means that the homeowners get no sense of the other properties. It wouldn't matter if the neighbours painted the outside of their house orange, as the homeowners control their own external environment." 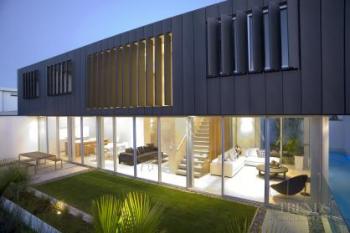 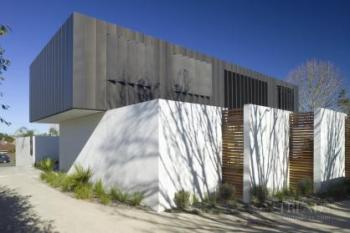 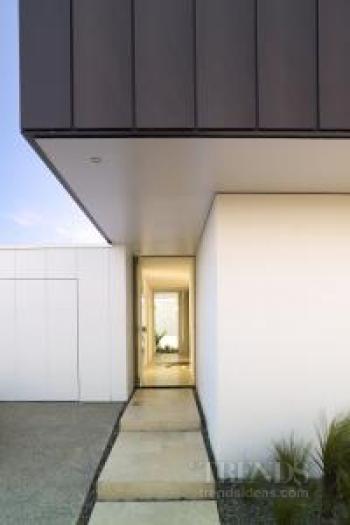 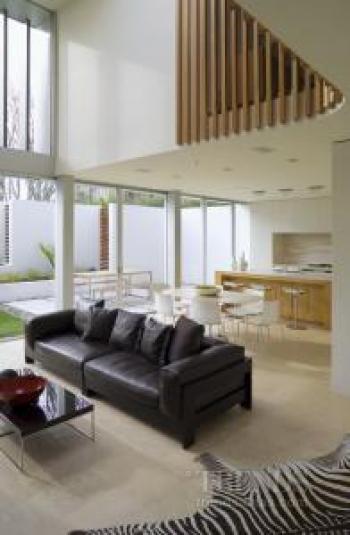 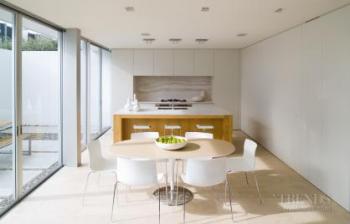 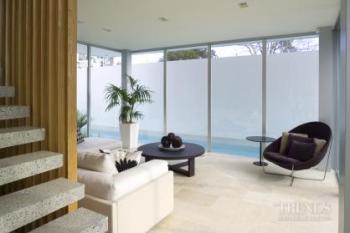 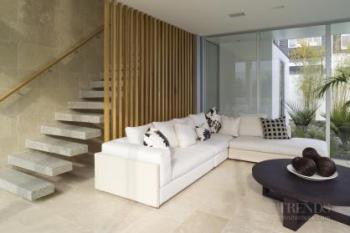 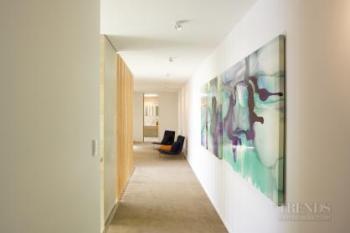 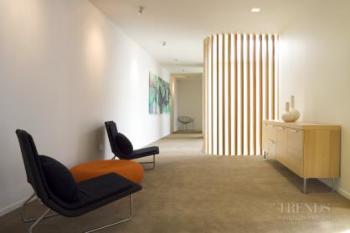 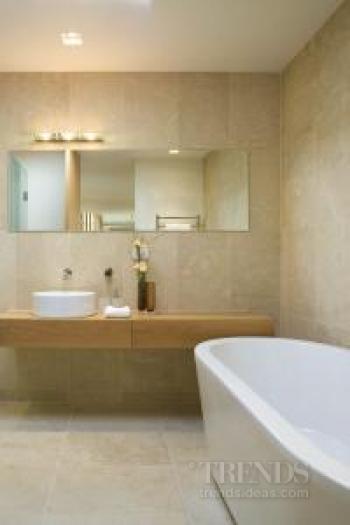 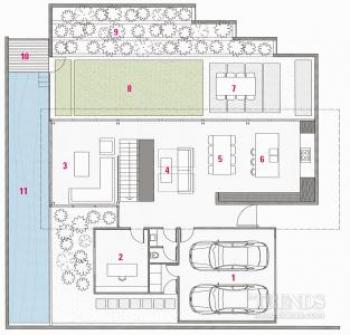 Visually, the property is a strong contemporary composition of abstract forms, says Ponting.

The abstract quality is enhanced by the upper storey, a closed, zinc-clad box that cantilevers over the glazed storey below.

"From the street, this is a private and enclosed space. The design is also obscure, with an alien quality – people wouldn't necessarily know what they were looking at, as it doesn't look like a residential house," he says.

The zinc cladding is the same quality as that specified for high-end commercial properties, and has an unusually smooth surface.

"It's a strong, silent type of material, although it has friendly qualities too," says Ponting. "The zinc absorbs and reflects the light, and appears quite yellow when the sun sets in the west."

Natural light floods through the ground-floor glazing, as well as the upper storey's large skylights, north-facing windows and steel shutters. The house and garden have also been oriented to exploit the sun. The kitchen receives the morning sun from the east, the family room receives the western sun in the afternoon, and the courtyard garden remains sunny for most of the day.

The orientation helps to passively heat and cool the house. During the day, heat is absorbed by the concrete flooring, where it acts as a heat sink. The heat is released during the night, rising to the second storey via a double-height void. The deep overhangs of the cantilevered upper storey prevent excessive heat in the summer, while allowing the shallower rays of the winter sun to penetrate.

Internally, the modernist design is moderated by a limited palette of materials and colours that create a warm and natural ambience. Light fixtures are discreet, which allows the emphasis to remain on the surfaces.

"The home is earthed by the use of natural materials, and where the material is not natural, we've used a neutral hue. The white chosen for the walls, for example, has traces of khaki and burnt orange in it, similar to the warm hues of milk, says Ponting.

A lap pool hugs the north-west boundary of the house and exterior wall, and is clearly visible from the lounge, study and master bedroom.

"As the pool is visible 99% of the time, we designed it as a water-based sculpture," he says. "Light bounces off the water, and is reflected onto the white walls, creating interesting patterns and movement."

Because of the seamless indoor-outdoor sight lines, special attention has been paid to the external landscaping of the courtyard. Ponting has introduced a sense of sanctuary with thick planting of New Zealand natives, and terracing towards the rear of the courtyard. The lawn has been planted on sand, and an irrigation system installed to keep the grass lush and verdant.

At night, exterior lighting highlights the garden and pool, which takes on the appearance of a glowing box. Both remain visible from the interior, since the privacy afforded by the boundary walls means that no blinds are needed.