Lie of the land

Lie of the land Discover this article's resources 0

Choosing to build your home on the edge of a reserve implies a love of the natural world. Designing the residence to reflect the forms of the land and building with local materials would seem a logical extension.

This home – on a rocky promontory above an expanse of protected forest – is a case in point. The owner asked architect Francis Whitaker to create a house that offered the versatility and convenience of a modern family home but with an open, resort-style feel that acknowledged the verdant surroundings.

Whitaker says he designed the house with a material and structural vocabulary reminiscent of the designs of Frank Lloyd Wright.

"To ground the structure, we introduced two large stone fireplace columns," says Whitaker. "This was appropriate in an area where there are several rock outcrops. Stone is also featured on the base of the building and on low garden walls at the entrance."

The design has a layered effect – the rugged stonework is overlaid by lighter wood columns that support the floors and ceilings. These vertical elements echo the lines of tree trunks, furthering the connection to the local landscape. 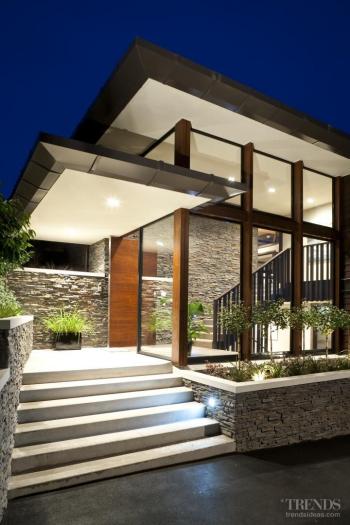 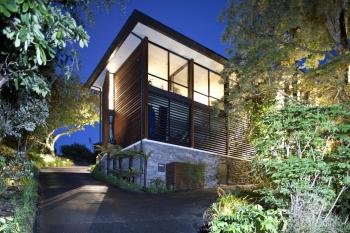 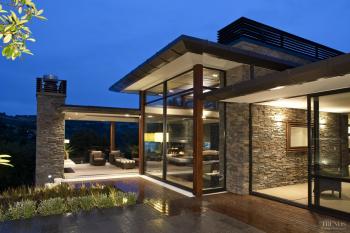 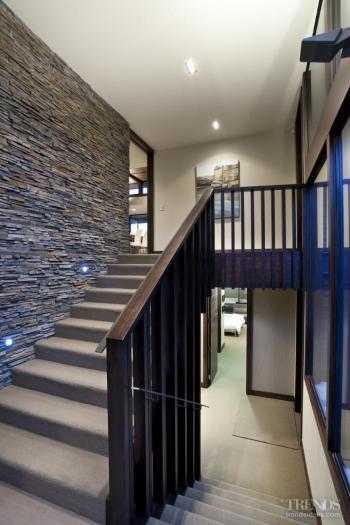 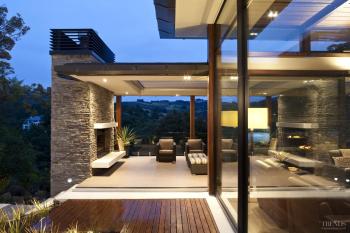 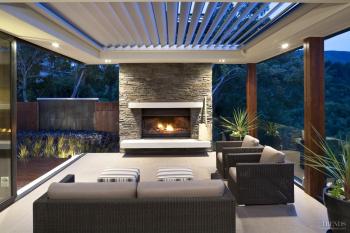 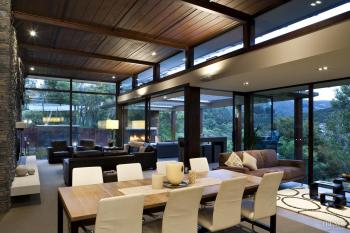 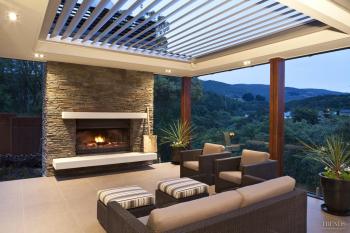 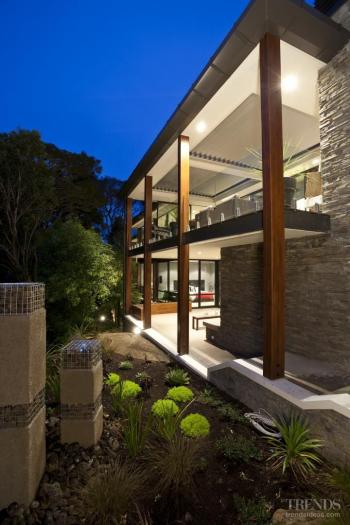 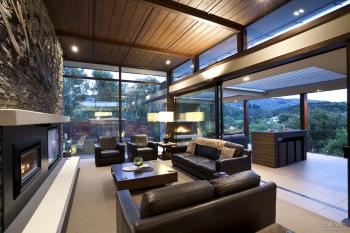 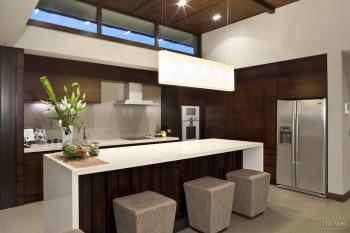 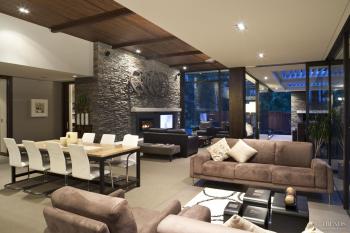 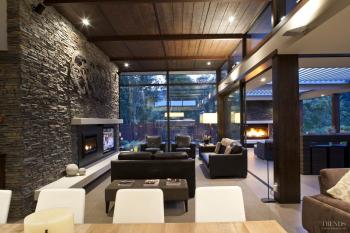 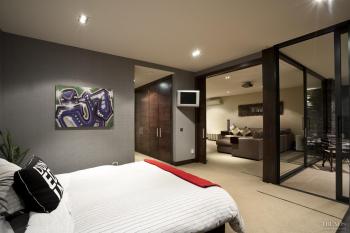 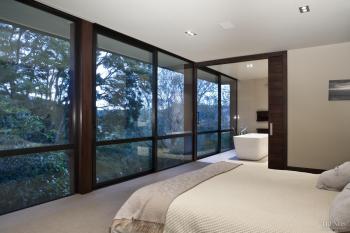 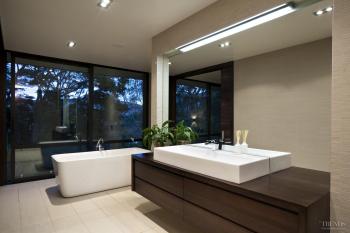 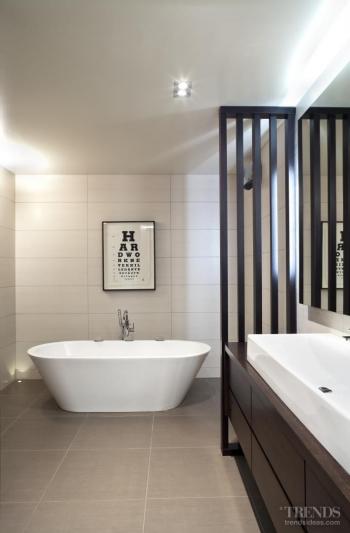 Generous projecting roof planes informed by the rock overhangs in the area continue the structural orientation to the surroundings. The floors of the home are concrete.

The final outer layer, in aesthetic terms, is glass. Walls of windows help create the resort-style feel requested by the client and maximise views across the undulating terrain.

In terms of layout of the spaces, Whitaker has again given high priority to appreciation of the natural environment.

"We introduced deep verandas to the rear of the house and an open-air fireplace to help create cosy outdoor rooms," says Whitaker. "Pulling back the giant sliding doors opens the veranda to the central living space, blurring the line between indoors and out – as with any exotic getaway."

Designed to accommodate a relaxed lifestyle, the house is built over two levels connected by a staircase. The front entrance is on a landing halfway between them, meaning a few steps up bring you to the living spaces, a study and two bedrooms, while a few steps down take you to the media room and another two bedrooms, as well as a three-car garage.

Entering the living spaces on the upper level, the easy connection to the outdoors is seen at a glance through the broad sweeps of glazing. Design echoes between inside and out include the two massive stone fireplaces, and the concrete caps on the mantelpieces and on the garden walls.

While all these aspects contribute to a soothing ambience, provision has been made for adaptation, to meet the needs of a modern, evolving family.

There are three main bedrooms, two with ensuite bathrooms. A study upstairs and media room downstairs can be appropriated to create guest bedrooms as required.

"The downstairs bedrooms are self-contained, and could be used by an elderly family member, or by teenagers wanting independence from the upper floor," says the architect.

Like the rest of the home, the master suite merges the pampering and the pragmatic – a wall between bedroom and ensuite can be pulled back, allowing the owners to enjoy the 7m panorama afforded by the floor-to-ceiling glazing in each room.

"This part of the home is built out to the bush line, creating the feeling of being amongst the trees," says Whitaker. "Along with the earthy materials and horizontal lines, this is another feature of many Frank Lloyd Wright designs."