Let me entertain you

With the opening of the Stage III fashion, leisure and entertainment precinct, Sylvia Park has elevated the concept of retail therapy to a whole new level

Let me entertain you

Competition for the retail dollar has long had major spin-offs for the public. Larger, brighter shopping centres are major draw cards and destinations in their own right. But the gradual unveiling of the Sylvia Park super-centre is bringing new meaning to the term destination shopping.

With the recent opening of Stage III, the objectives of the Kiwi Income Property Trust (KIPT) master plan are a whole lot clearer. Described as a new generation of urban development, the centre brings together a carefully orchestrated mix of commercial, retail and entertainment facilities. Along with the opening of a flagship Hoyts cinema complex, a variety of anchor tenants and more than 50 other stores, Stage III is significant for the unveiling of the iconic cone structure at the heart of the complex.

KIPT chief executive Angus McNaughton says the cone, which is representative of Auckland's volcanic landscape, is the focal point of the complex. It also marks a family destination – the place where retail stores give way to indoor-outdoor relaxation areas. Designed as a lattice of steel, timber and coloured perspex, the cone reflects the colours of the local scoria. It is also a historical reference to the way the city's volcanic cones have traditionally been used as beacon points, marking areas and helping people set their bearings.

The design of Sylvia Park has been a joint venture between Australian firm NH Architecture and Auckland-based Jasmax, with initial concept designs provided by Gensler in the United States. The main contractor for all stages is Multiplex.

McNaughton says when Stage IV is completed later this year, the centre's total retail area will be 65,000m2. This will make it the largest retail centre in New Zealand. Sylvia Park will also provide an additional 2700m2 of office and retail space above the Stage IV retail stores. 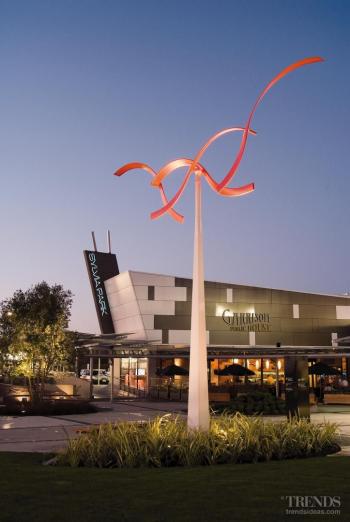 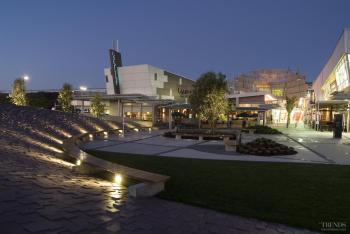 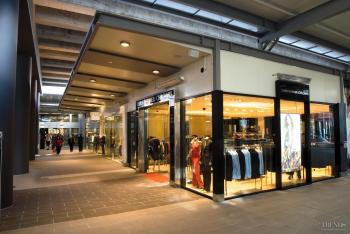