There is often a sense of theatre about a high-end jewellery store. Unobtrusive spotlights and glittering display cases set the scene, allowing the jewellery itself to be the showpiece.

The owner commissioned Paris-based architect Eric Carlson of Carbondale, a specialist in luxury retail fit-outs, to develop a design concept. It was a brief that fitted the architect's business profile perfectly – projects designed by Carlson include the Louis Vuitton Maison on the Champs Elysees.

Carlson says the architectural concept is focused on lighting, which reinforces the brand identity. On the exterior "bespoke pearl strings" of LED lights run on an animated sequence to create a sparkling facade that heightens the visual drama.

Niches in the store windows, which resemble transparent jewellery boxes, showcase selected pearls, offering a glimpse of what lies beyond. 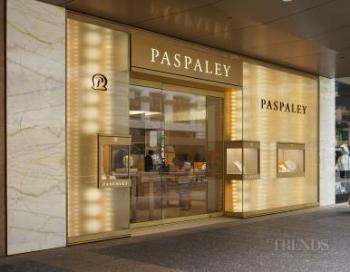 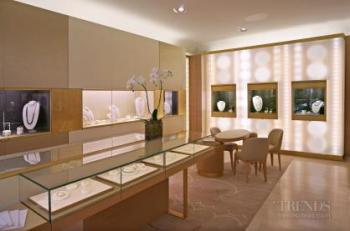 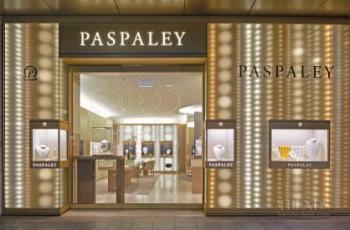 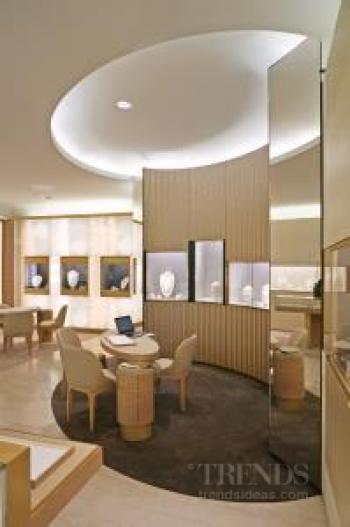 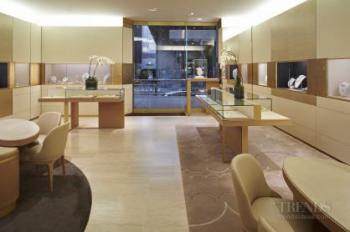 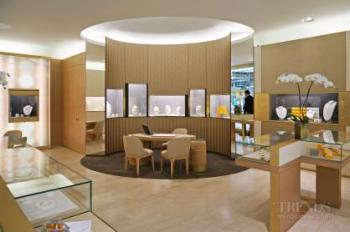 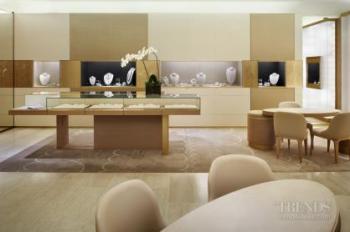 The interior of the boutique expands on the lighting analogy, and adds a seductive, pearl-like luminosity through the choice of materials and finishes. The rich, muted palette of a pearl is transposed into soft beige, dove grey and brushed aluminium, with splashes of Paspaley signature yellow captured in gold leaf wall panels that frame the display cases. Light refractions off these surfaces enhance the luminosity.

Carlson expanded on the pearl theme with the furniture – the seating is sensuously shaped like an oyster. Small tables have organic curves, and a full-height, semicircular screen wraps around an intimate seating area. An illuminated, oval-shaped ceiling element above the screen is echoed by the shape of the carpet below.

There are also custom carpets with a design that references strings of pearls – the same pattern appears on the glass doors at the boutique entry.

Carlson says the recent emergence of boutique "La Maison" stores, such as Paspaley, reflects a backlash to large-scale retail spaces.

"Often these maison stores are as large, or larger, in surface area than their predecessors, but they are made up of many smaller ‘rooms' and are therefore more cosy and intimate, re-instilling luxury and service at a personal scale.

"Store design is taking spatial and formal cues directly from residential works to bring a new direction of architectural domesticity to luxury retail fit-outs. Luxury stores are no longer just a place to go and shop – they have become a home away from home."