The idea of a high-end working farmhouse may conjure images of massive rafters, saddles on walls, and an oversized rustic kitchen with a bus-sized Aga stove – but, as seen on these pages, there's another, more sophisticated way.

This rambling ranch house calls to mind an exotic, lustrous jewel discovered high up in the mountains. It's the grand vision of the owners and designer Mark Gacesa of Ultraspace.

"When I came on board there was already an existing plan for the house," says Gacesa. "However, while keeping with the same footprint and roof I reworked the entire layout, the facades, windows and balconies, as well as adding the sunset lounge and fire pit. The builder, Ian Henry of Stewart Homes, played an integral role in the highly customised project."

The clients travel abroad often and wanted this home to be a showcase of their travels, with many places allocated to display objects. It also had to evoke the feel of the glamorous hotels around the world that the couple have stayed in.

In addition, while appearing luxurious, the house had to be robust and low maintenance.

View all 26 images in the gallery 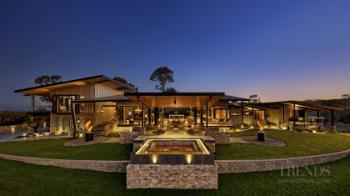 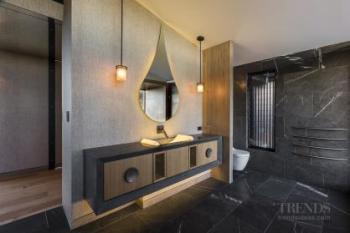 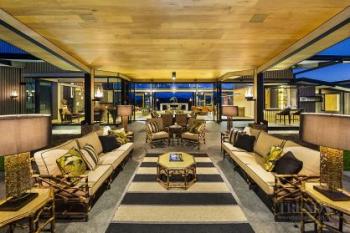 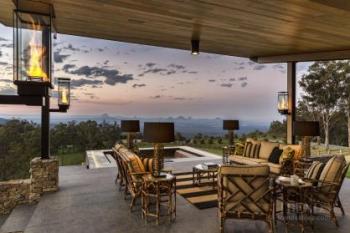 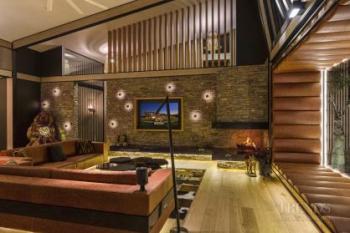 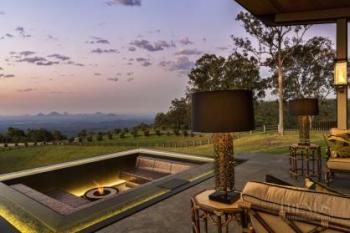 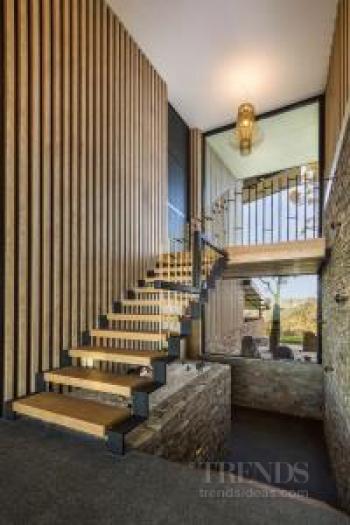 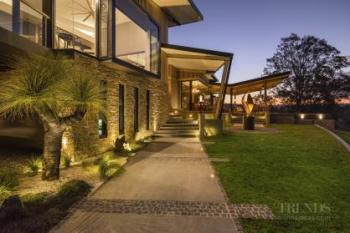 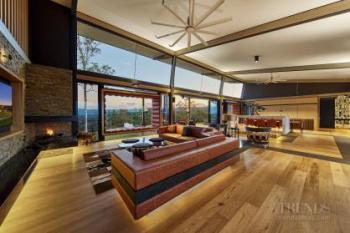 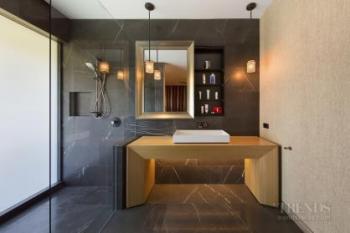 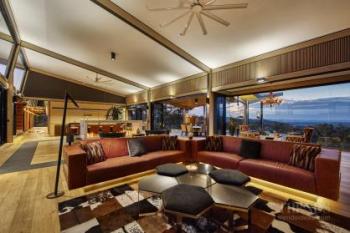 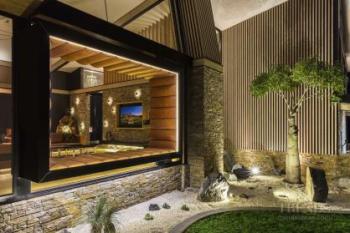 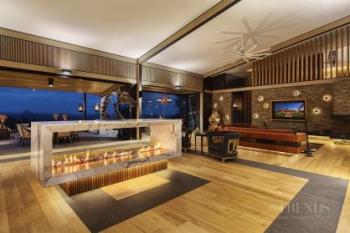 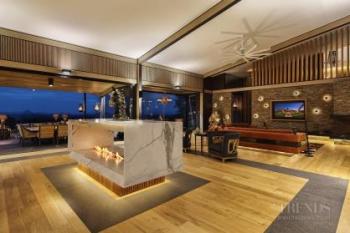 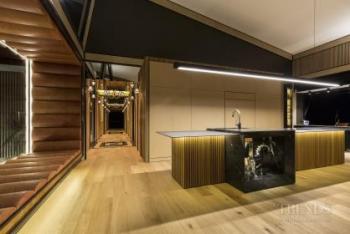 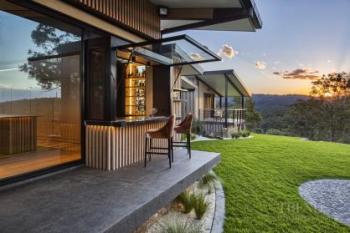 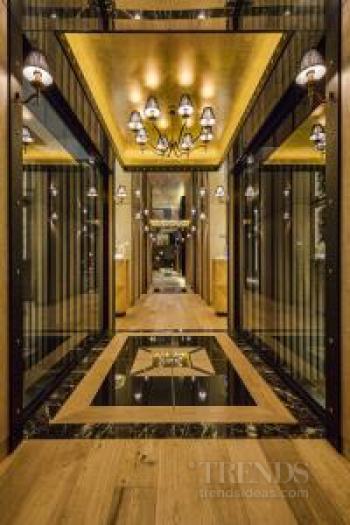 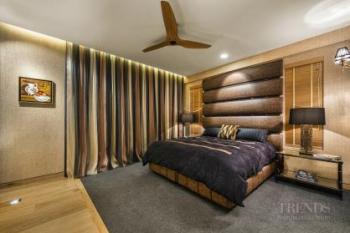 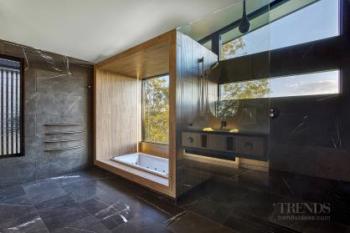 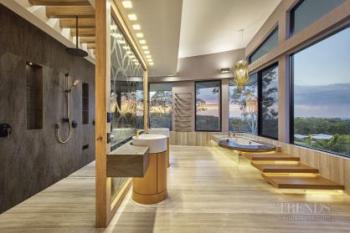 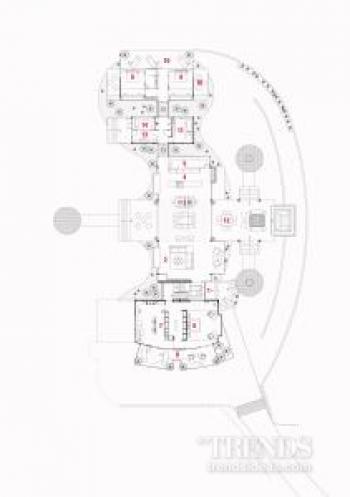 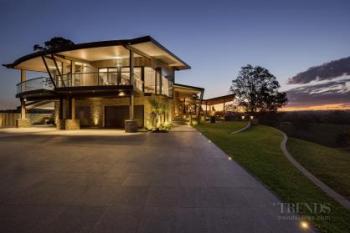 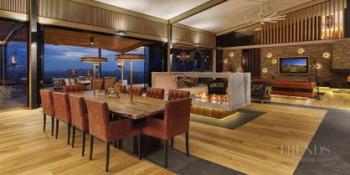 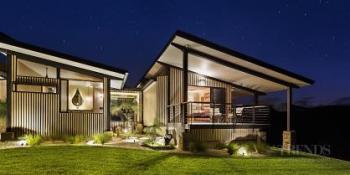 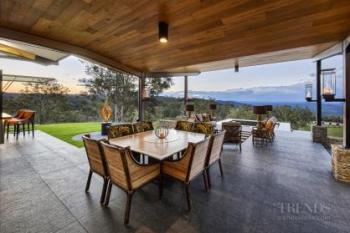 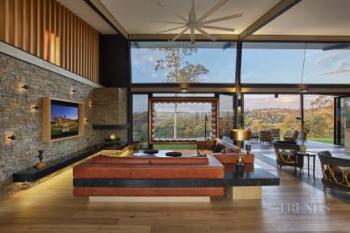 "We set out to achieve the clients' broad brief by fusing earthy, natural product with more refined materials. The organic finishes include American Oak and several marbles and granites – for flooring, walls and furniture – and faux and real fur, natural hides, aged brass, bronze, black steel, and thatched wall coverings to name only some. These materials are interwoven with exotic elements like gold leaf, copper Bisazza tiles, Venetian glass and antique amber mirror."

The outcome is a balance between the organic and the opulent. While the home feels high-end, you can still relax, throw your feet up on the furniture and be at home. It is designed that way.

As an example of the attention to materials, Gacesa went to great effort to avoid any silver in the project – preferring to keep to warm tones.

"All the bicolour tapware was customised by us in black steel and brass and then produced in Germany. This is a home where nearly every-thing is custom designed for the right look."

And that starts right from the cladding.

"Due to the location, and the request for low maintenance, we chose a natural rock cladding that simulates a hand-built wall for lower portions of walls and what appears to be vertical oak battening for the remainder," says Gacesa. "In reality, this rustic-look upper cladding is an aluminium snap extrusion, custom powder-coated with an oak grain and battened over black Colorbond sheeting. The end result is highly durable cladding that will never fade and never need refinishing."

At several points, this external finish wraps through into the interior for total connectivity.

The columns and beams also appear to be oak with a black cap detail, but these are actually universal steel profiles with custom coloured woodgrain inserts and a shadow line detail.

This type of design subterfuge – engineered for visual impact – is seen throughout the home.

In terms of layout, the country residence loosely comprises a two-level entry stair, master suite and garage wing; a central grand living-dining-kitchen space; and a guest wing to the rear. From the heart of the living area, strong sightlines out to the scenery run perpendicular to the flow of the home. These take in views of the farm, the mountains and distant city lights.

But the scenery certainly isn't the only feature here – there are wow factors at every turn. One of the most dramatic is the centrally located rotating, double-sided marble fireplace.

"This is really a work of art in itself – a great example of engineering and workmanship. It is 3m long, 1.3m wide, 1.2m high, and appears to be carved from one block of Statuario marble."

The fire – with 3 x 900mm ethanol burners – rotates 90 degrees to be viewed from anywhere in the living space or connected balconies.

"The under-lit marble appears to be held up only by slender oak battening – a continuation of that material from the nearby kitchen island," says the designer. "The fire's marble sides are bevelled, as is much of the residence's joinery detailing, and the swivel action can be controlled via the client's mobile phone."

Other literally stand-out elements include the home's larger-than-life window seats – one in the lounge area and one off the kitchen. These are essentially alpolic clad boxes that punch through the wall of the home and appear to be suspended with glazing all around them. The boxes are picture windows with antique leather fluted seat pads wrapping right around their perimeter and antique Tuscan amber mirror inlaid around the perimeter faces. They are also illuminated and under lit both inside and outside the house.

Another striking feature of the interior is the regal-look, if relatively low ceilinged, guest corridor. In two areas Gacesa was able to punch upwards to create the illuminated gold leaf coffers. He also mirrored the rest of the corridor's ceiling, so you can't tell it is only 2.5m high.

Electronic ignition wall torches add to the theme of fires and to the grand individuality.

"A controlled use of lighting together with the generous use of fire, meant we could change the mood of the home through an evening."