Nestled on a hillside and surrounded by picturesque vineyards, this new home epitomizes the traditional Italian farmhouse vernacular

As anyone who has spent time in Italy can testify, the rural architecture has a distinctive character. But it's not just the thick stone walls and terra cotta roofs of the traditional farmhouses that appeal – it's also the patina and the sense of a family home that has evolved over generations.

For the well-travelled owners of this house, it was a look they wanted to capture for their own home. And while many homeowners wish to re-create Italian architecture, this couple had a major advantage – their building site was a gently sloping hillside in the midst of a renowned grape-growing district. Surrounded by vineyards, the site is highly reminiscent of the Tuscan landscape.

Designer Julian Cohen says the owners, who have spent a lot of time in Italy, had a very clear idea of what they wanted.

"Along with a traditional Italian farmhouse aesthetic, they wanted a home that would be as energy-efficient as possible – their interest in sustainable design is evident in the organic management of their adjacent vineyard."

Cohen says Italian architecture has long been a highly efficient design for a hot climate. With fully insulated 18-inch thick walls and small shuttered windows, the summer heat is successfully kept at bay – on a hot day, the interior temperature can be as much as 20°F less than the temperature outside. 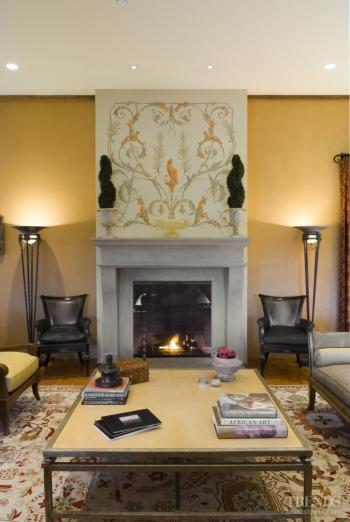 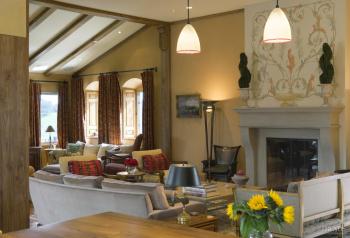 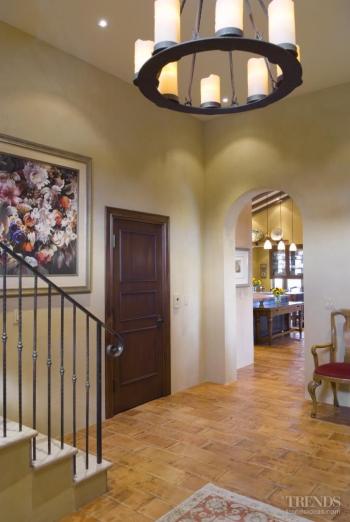 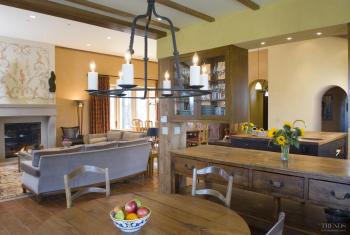 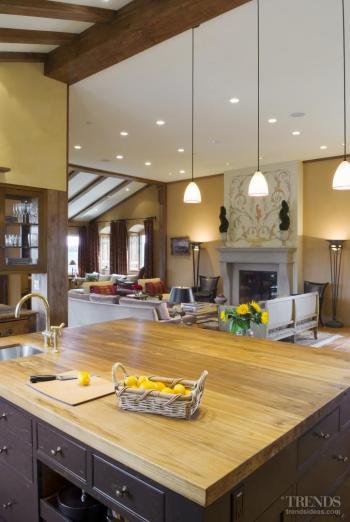 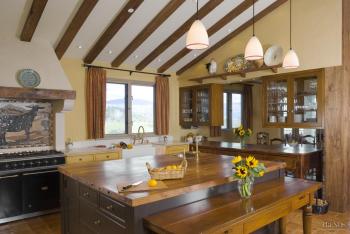 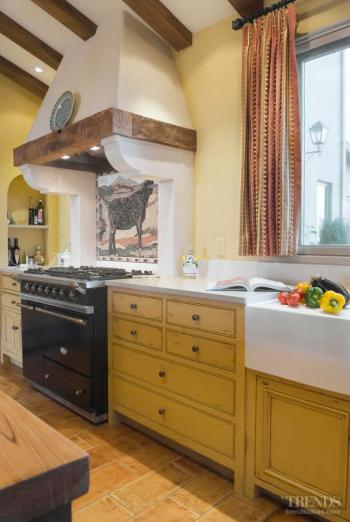 "We also incorporated a photovoltaic system. The sun heats the water for both the swimming pool and the radiant under-floor heating," he says.

The modern technology is, however, concealed from sight, ensuring the visual aesthetics are not compromised.

In keeping with the traditional Tuscan vernacular, the interior features specially imported Italian terra cotta tiles, a limestone staircase, and exposed beams and posts. The beams were designed to look structural, and installed in some rooms, but not others.

"This was done to create a sense of living history," says Cohen. "It's as if the whole house has been continually worked on over the years."

For this reason also, the window openings are either arched, tapered, or straight. Interior designer Marie Cohen says nothing is systematic or strictly themed.

"We've created a casual, asymmetric look, but there are little touches of elegance amid the rusticity, which is very European."

Richly colored Italian fabrics feature throughout the interior, complementing the walls, which are finished in American Clay – a textured plaster mix.

Marie Cohen says the interior decor also acknowledges the owners' love of animals. Hand-painted Florentine-style murals incorporating animals adorn two wall panels in the living room. There is also a mosaic goat – a portrait of a family pet – forming the backsplash to the cooker.

Antique furniture and accessories feature throughout the interior. The kitchen, for example, incorporates a large 18th-century English baker's table. This not only provides additional counter space, but serves as a peninsula that helps visually separate the kitchen and breakfast nook. Custom-designed cabinets above the table provide further visual separation. Other antiques in the main living area include a 19th-century French buffet and an 18th-century Italian refectory dining table.

"We were fortunate to be in the unique position of being able to design a house around the antiques," says Marie Cohen. "This meant we could ensure they would fit exactly where we wanted."

Julian Cohen has continued the antique look with custom-made furniture. The kitchen cabinetry was designed to resemble furniture pieces. Cabinets were handcrafted and painted to provide a distressed, aged look. Choosing a different color for the island cabinetry helps reinforce the sense of a home that has evolved over time.

Julian Cohen says that while open-plan living areas are not particularly Italian, this relaxed way of living fits with modern lifestyles. The owners can easily socialize with guests while preparing meals. The layout also allows an easy flow to an outdoor living area.

Modern convenience extends to the master suite, but the Italian influence is still very much in evidence. Imported teak flooring and terra cotta tiles have a worn patina that's in keeping with the perceived age of the house.

The master bathroom has another distinctive Italian feature – the beamed ceiling is painted sky blue, a color seen in traditional Italian farmhouses. The vanity unit was designed to resemble a piece of furniture, and is positioned to ensure the owners can enjoy the expansive view.