Keep it strong, keep it fresh, and keep it simple could be the drivers behind the design of this dramatic kitchen, designed by Nikki Rankin at Pepper Design.

"Prior to this refit, the existing kitchen had uncharacteristically not been tired or dated," says Rankin. "On the contrary, it was bright, white and smart – but, it lacked storage space and a sense of connection to the adjacent outdoor space."

Working within the same footprint, Rankin introduced the require functionality and added personality to the new kitchen.

"The rear wall of the kitchen has a long window and this led the overall design," says Rankin. "We created a slender powder-coated black steel frame and shelving around the black window frame to create a display shelf and hide the rangehood."

The rangehood body is in a porcelain marble-look finish and stands out as a feature. The minimalist base cabinets are comprised of compartmentalised drawers which together with the pantry provided the required storage. 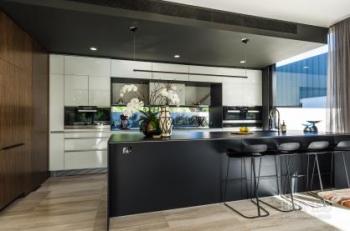 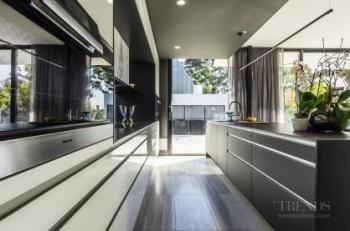 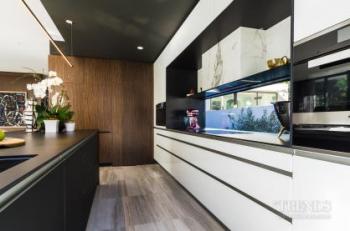 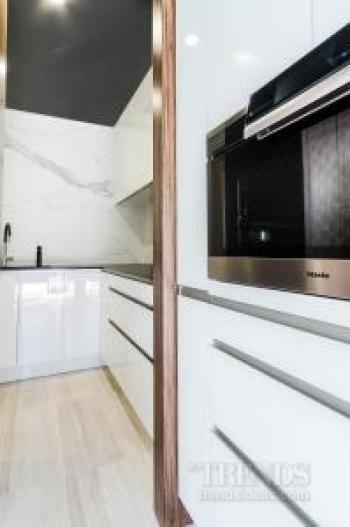 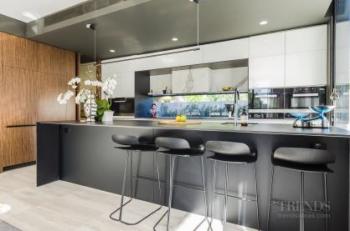 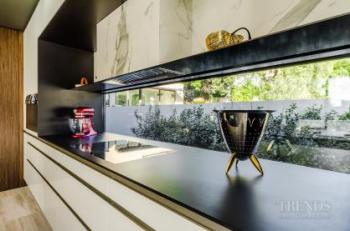 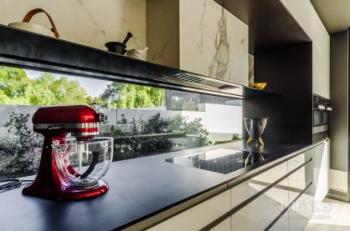 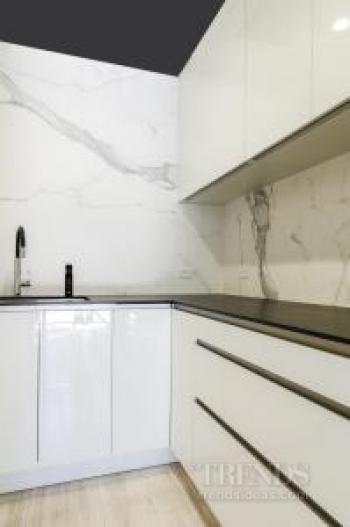 "The flush-mounted induction cooktop adds to the overall minimalist effect."

The island has been lengthened and simplified, resulting in a long countertop that increases the feeling of space. And by eliminating the seldom used circulation space between the sliding doors and the shorter existing island the designer was able to improve the flow from inside to out and create a servery to service the deck."

The slender island and rear benchtops are both in heat-proof Dekton, making ideal landing surfaces for pots straight from the cooktop or ovens.

The large island also offers a wealth of functionality, including a dishwasher, trash compactors and even a step ladder that slots seamlessly into the toekick.

"The simple palette and minimalist forms give the kitchen a geometric feel," says Rankin. "It's almost as though the island block has been plucked out of the window space behind."