Including an island has become almost a prerequisite for any new kitchen design. But what do you do when the space you have for kitchen, dining and living areas just isn't big enough for an island too?

For the kitchen featured here, architect Neal Schwartz came up with a novel solution – create a furniture piece that can be used for both formal dining as well as for food preparation.

The kitchen is part of major work Schwartz undertook on a dilapidated San Francisco Victorian cottage.

"We lifted the original cottage up to insert a two-car garage beneath and then added a new house at the back," he says.

"So you come through what looks to be a Victorian home into a much more modern space. You enter into what is essentially the kitchen, so a lot of the design had to do with making the kitchen feel like a nice public space." 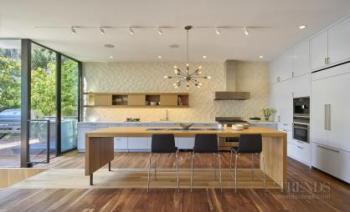 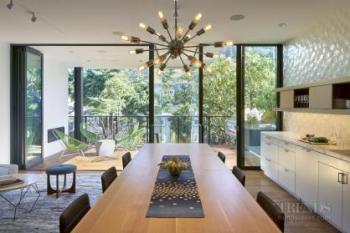 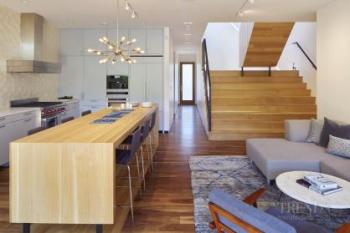 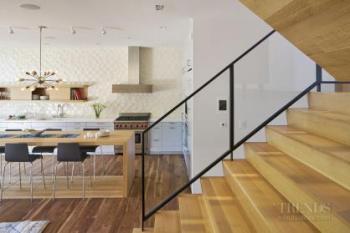 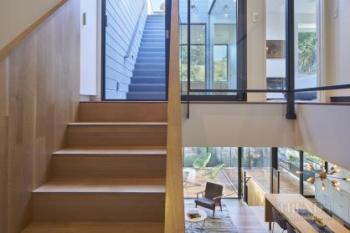 The owners like to entertain, so the kitchen also needed to be the centrepiece of that level of the home.

One immediate challenge was the restricted space. Like many of the city's urban blocks, this one was only 7.6m wide.

Plus there were planning department- imposed setbacks on both sides, which meant even less room for the kitchen, dining and living areas.

"There wasn't enough space for a large island like the owners had in their previous home, so we combined the idea of a kitchen island with a dining room table."

For day-to-day living, it becomes a family gathering spot or dining table, but it also provides a place for food preparation in front of the kitchen – just like an island.

To help the table perform this double function, Schwartz set the height in between the normal benchtop and table heights. Elevated cutting boards can also be placed on the table to raise the table to counter height when preparing food.

Although having no island reduces the amount of cabinet space available, there's still plenty of storage in the run of cabinetry along the kitchen's length and the pantry space alongside the ovens and fridge on the adjacent wall.