Designing a kitchen for a large open plan space can be very much a balancing act. On one hand you want a kitchen that has a presence all of its own, but on the other you don't want it to dominate the rest of the interior.

For the kitchen shown here there was another factor to consider – the incredible views out to the Las Vegas strip.

It was those views that were the major attraction for owner Benson Riseman when he bought the apartment – plus that the empty shell gave him the opportunity to customise the interior to his own liking.

"I love to entertain, so the kitchen needed to have a large island for preparation and to be a place where people could congregate and eat," Riseman says. "I wanted dinner preparation to be like a show, but once finished I wanted all the noise and clean-up to be out of sight."

It was the desire to have the freedom to create something individual rather than having to adjust an existing system that led him to designers Mick De Giulio and Kathy Manzella. 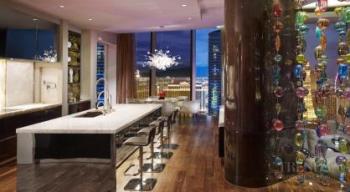 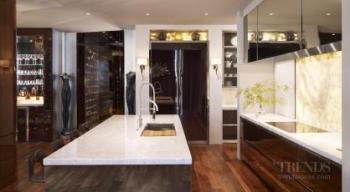 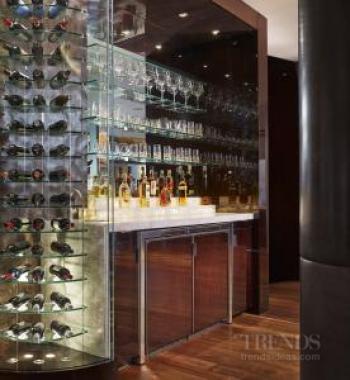 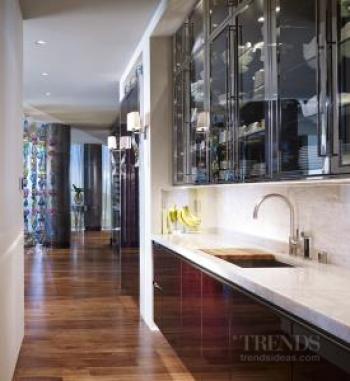 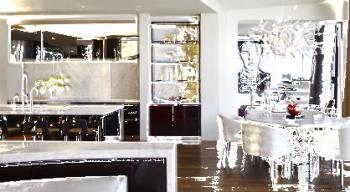 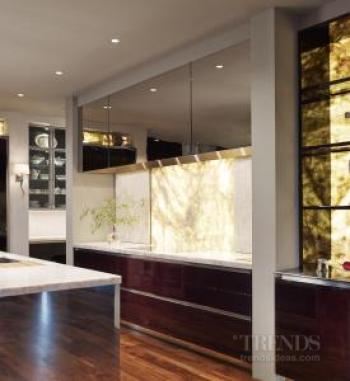 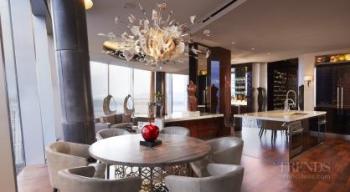 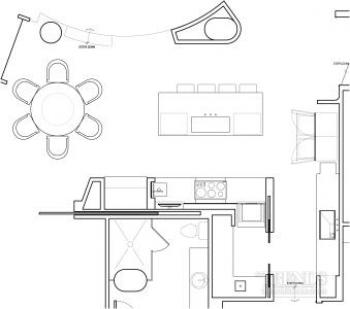 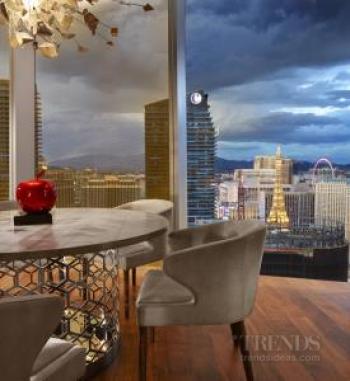 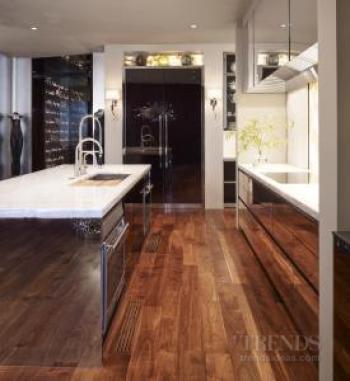 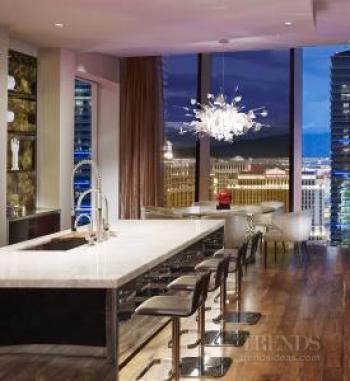 One of the first things De Giulio did was to use a newly raised floor to house plumbing for the island – something the original services plan didn't allow for.

"Because the owner entertains a lot, he needed a kitchen that didn't look like a kitchen," says De Giulio.

That's partly achieved by the materials used, including the polished stainless steel on the front and sides of the island and high gloss walnut cabinetry below the cooktop.

"The stainless becomes almost a non-material," he says. "You can't predict what it will do because what it reflects changes from different angles and with the time of day. But it always looks good."

The effect is also something that appeals to the owner.

"The reflective views of the outside give the kitchen breathing room," he says. "It helps create a feeling of size, but without being too overwhelming."

Meanwhile, a second kitchen tucked to the side of the ‘show' kitchen allows some of the preparation and clean-up to be done behind the scenes.