Kitchen addition complements rather than competes with its wider environment

The kitchen is often the hub of family life, but that doesn't mean it has to dominate an interior. This understated kitchen forms part of a living and entertaining wing added by designer Steve Gliosca to the rear of a Federation terrace home.

"The kitchen had to offer full functionality but we didn't want it to dominate the open-plan wing," says Gliosca. "Instead we introduced an understated colour palette for the kitchen, paired with the use of natural materials to provide a backdrop of pattern and texture."

The island cabinetry and cabinet tower are in a wood laminate while the island countertop and the rear wall splashback that helps define the space are in a large-format porcelain panel with the distinct look of veined marble.

"We could have continued the black wall cabinet across to the tower, but leaving these as separate elements avoids a dominating mass."

In addition, the island and tower cabinetry have recessed pulls, further down-playing the kitchen's presence. 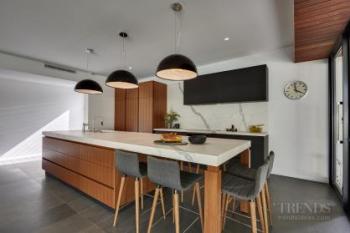 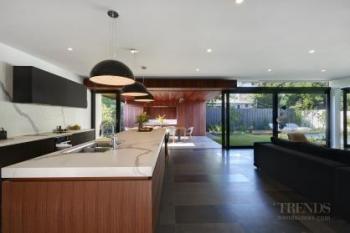 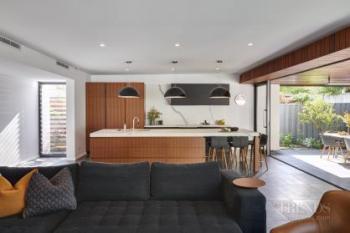 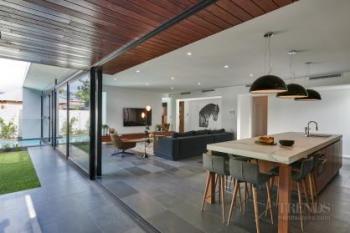 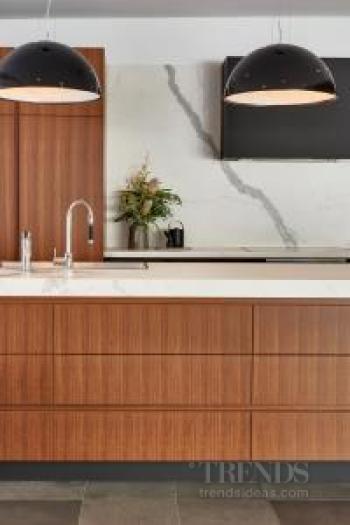 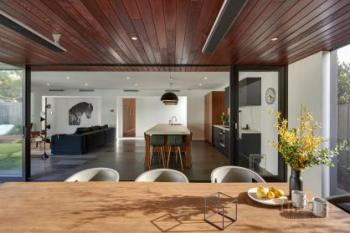 However, while the kitchen achieves a chic yet modest presence within the greater space, it also offers a wealth of storage and functionality.

"The owners didn't need a dedicated dining space, so we made the island long enough and wide enough to easily accommodate six people seated comfortably on one end," says Gliosca.

In fact, the island serves many purposes. It includes a sink, built-in microwave and, with drawers on both sides, generous storage space.

The cabinet tower has an integrated fridge on one side and pull-out pantry on the other.

To bring a heritage element to the modern kitchen, the owners chose the Skygarden replica pendants over the island. The insides of these pendants feature a design that echoes crown roses found in other Federation homes.