Inner-city building sites present their own challenges for contractors. But it's all in a day's work for Mainzeal, as the Precinct Apartments project demonstrates

Take one very narrow, one-way street, throw in a high-rise apartment block that is being built to all four boundaries, and you have a recipe for a challenging construction. It's a challenge that Mainzeal confronted with the building of the 34-storey Precinct Apartments in Lorne Street, Auckland. The inner-city street is not only very narrow – it also has very high pedestrian traffic.

Project manager Greg Young says safety was paramount at the site, as the risk from falling objects was extreme. Climbing screens were employed to give full-edge protection on the top floor, and for the three floors below. In addition, catch nets were installed on Level 12.

"The resource consent requirement that all deliveries needed to be from Lorne Street meant there was no lay-down area for incoming goods," Young says. "Consequently, all deliveries had to be just in time, and the materials had to be placed in the correct position immediately."

Young says the building structure was re-designed with significant input from Mainzeal, so as to reduce the amount of critical time-related truck deliveries. The floor slabs, balconies and beams were re-designed as in situ concrete, rather than pre-cast concrete, so deliveries could be more easily controlled, and crane hook time could be reduced.

"Mainzeal imported the industry-leading Ischebeck Titan floor system to form up the floor slabs," Young says. "This system also reduced crane time and meant that work could proceed virtually regardless of weather and wind. This was particularly critical, due to the very tight building programme." 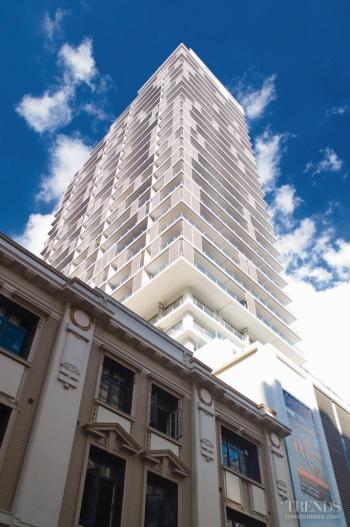 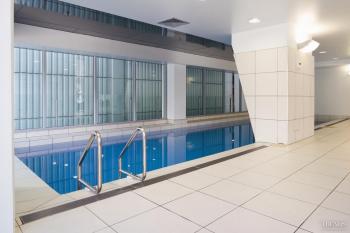 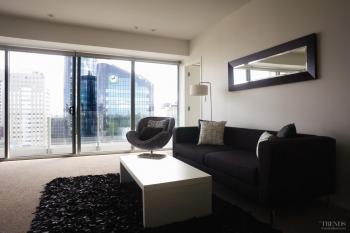 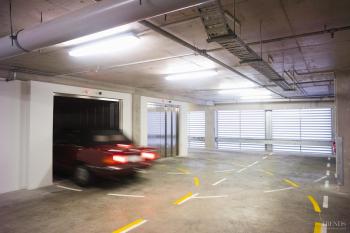 Young says major challenges were encountered during the piling, which was undertaken by Hauraki Piling. After demolition of the existing structure on the site, exploratory test bore drilling revealed a deep volcanic blow hole. This meant that pile depths needed to exceed the design depth of 25m by more than 30m, which gave a depth of approximately 60m – through unstable material. This in turn meant the use of casings almost all the way down.

"Piling to this depth is not a normal situation in New Zealand, so specialist equipment had to be procured from Asia to oscillate the casing, and extract it during concreting operations."

Young says the difficulties were exacerbated by the high water table, which required all the concrete to be tremmied to displace the water. At one stage a piece of equipment was lost at the bottom of a pile, and commercial divers were called in to recover it.