To understand the essence and diversity of Islamic architecture, IM Pei embarked on a world tour of historic sites before starting work on the new Museum of Islamic Art

Most architects start a project with a client brief and a building site. IM Pei just had the brief when he was commissioned to design a new Museum of Islamic Art in Qatar. And although he was offered a number of building sites for consideration, he chose to make his own – or to be more accurate, to create a man-made island 60m off the Doha Corniche seafront.

Pei's decision to head off shore was a reflection of the project's status – the Qatar Museums Authority wanted a distinctive, iconic building that would convey the essence of Islamic architecture and be a repository for historic exhibits and masterpieces from the 7th to the 19th centuries.

Pei says he feared the other building sites could one day be overshadowed by future structures.

"I asked if it might not be possible to create my own site," he says. "This was very selfish of me of course, but I knew that in Qatar it is not too complicated to create infill."

Pei says the diversity of Islamic architecture also posed a challenge, and was the reason he embarked on a world tour of key architectural sites before beginning the design. 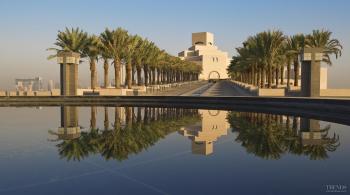 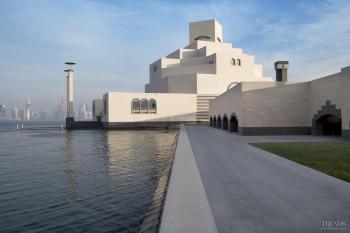 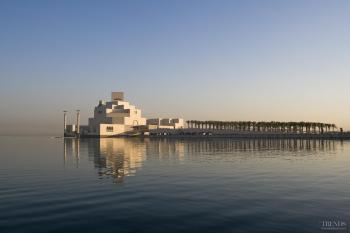 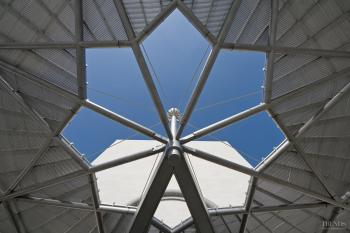 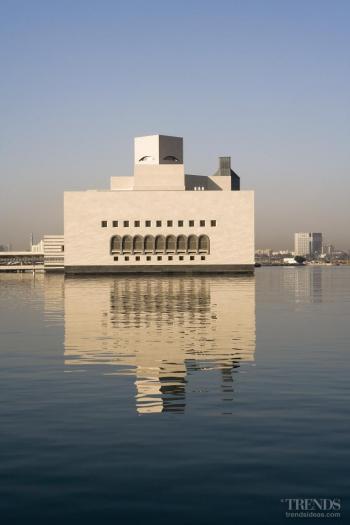 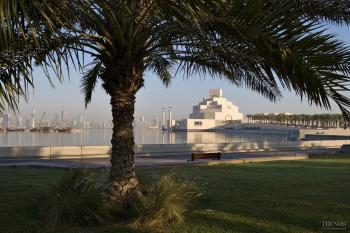 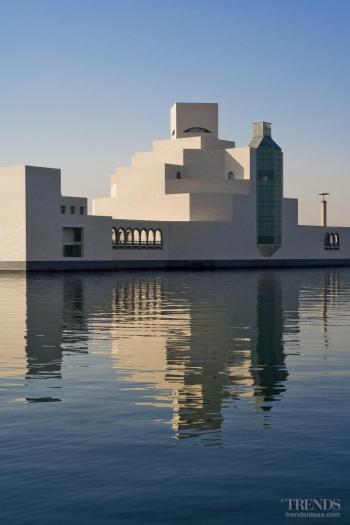 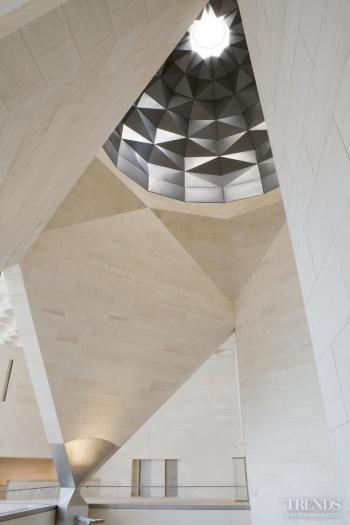 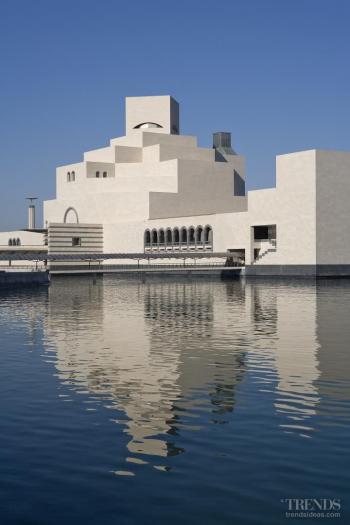 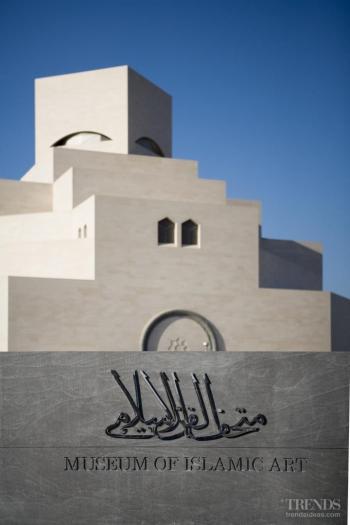 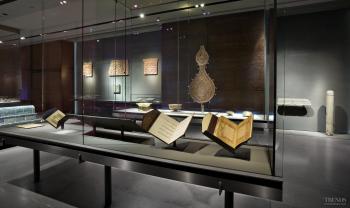 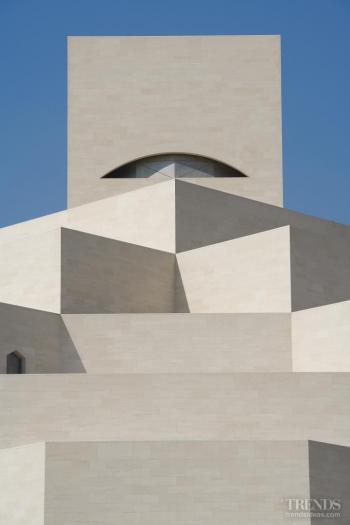 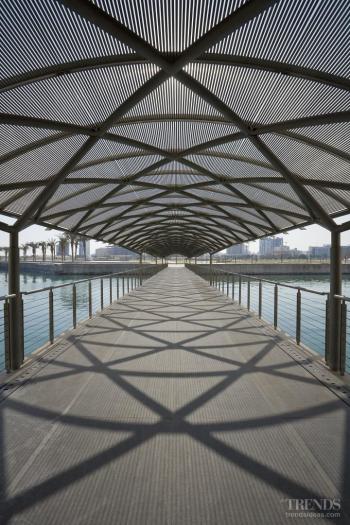 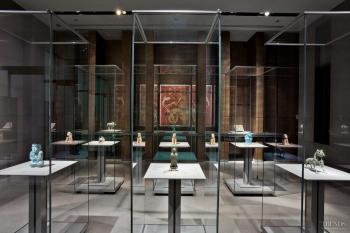 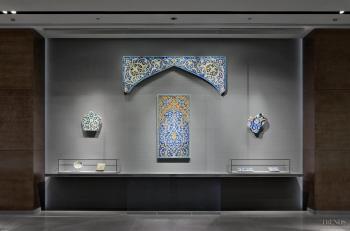 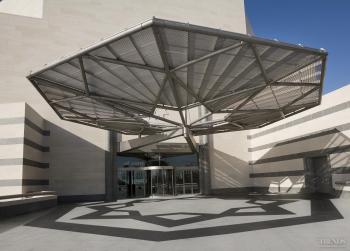 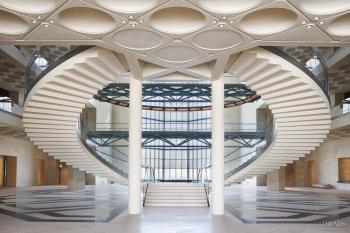 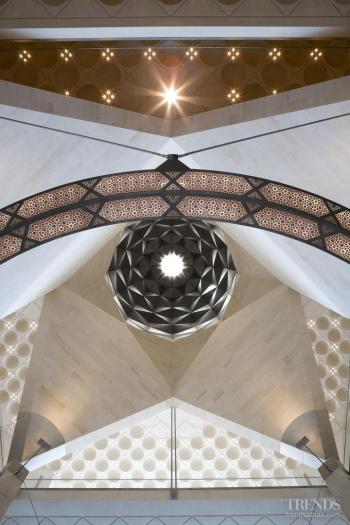 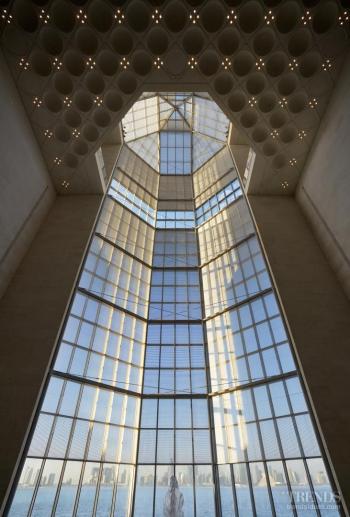 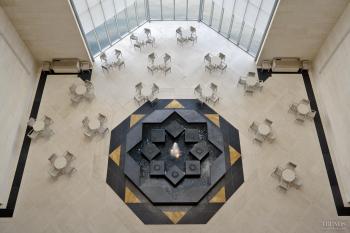 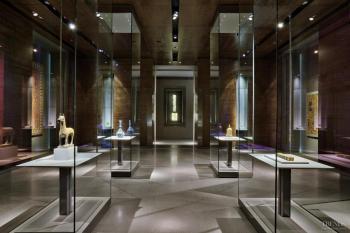 "This was one of the most difficult jobs I have ever undertaken," he says. "Islamic culture is so diverse, ranging from Iberia to Mughal India, to the gates of China and beyond."

Pei says a variety of different geographical and cultural influences were evident in many of the mosques he visited. For example, the design of the Grand Mosque in Cordoba (784-66, 961-66, 987-90) was influenced by the climate and culture of Spain and consequently was not the pure Islamic architectural form he was looking for. The same was true, for different reasons, of Fatehpur Sikri, a Mughal capital where one of the largest mosques in India, the Jama Masjid, was built. And the Umayyad Great Mosque in Damascus (709-15) – the oldest existing monumental mosque – has a Byzantine influence.

Pei says the ribat fortresses at Monastir (796) and Sousse (821) were closer to the true form. And it became evident that the pure expression of Islamic architecture was most likely to be rooted in the desert.

"I began to understand that if one could find the heart of Islamic architecture, might it not lie in the desert, severe and simple its design, where sunlight brings forms to life?

"I believe I found what I was looking for in the middle of the Mosque of Ahmad Ibn Tulun in Cairo (876-879). The small ablutions fountain surrounded by double arcades on three sides, a slightly later addition to the architecture, is an almost Cubist expression of geometric progression – from octagon to square, and from square to circle. This severe architecture comes to life in the sun, with its shadows and shades of colour. It was this essence that I attempted to bring forth in the desert sun of Doha – the light of the desert transforms the architecture into a play of light and shadow."

Pei's design not only introduced a man-made island, but also a new C-shaped peninsula to provide protection from the Persian Gulf on the north, and from unsightly industrial buildings on the east. A park of dunes and oases on the shoreline behind the museum offers shelter and is a picturesque backdrop.

The museum, which is connected to the shore by two pedestrian bridges and a vehicular bridge, presents two cream-coloured limestone forms – a five-storey main building and a two-storey Education Wing, connected across a central courtyard. The main building's angular volumes step back progressively as they rise around a five-storey-high domed atrium, concealed from outside view by the walls of a central tower.

In addition to Magny and Chamesson limestone, which was sourced in France, the building features Jet Mist granite from the United States, stainless steel from Germany, and architectural concrete from Qatar.

Pei says he believes Islamic architecture often comes to life in an explosion of decorative elements, such as you can see in the courtyard of the Umayyad Mosque in Damascus, or the interior of the Dome of the Rock in Jerusalem.

A similar abundance of decorative elements in the museum can be seen in the central atrium, which climaxes in the oculus of a stainless steel dome that captures patterned light in multiple facets. The form of the dome presents a geometric matrix that changes as the structure descends, so its perimeter becomes an octagon and then a square, which in turn is transformed into four triangular column supports.

On the north side of the museum, a 45m-high glass curtain wall, the only major window in the building, captures panoramic views of the Gulf and West Bay area from all five floors of the atrium.

Ceilings are embellished with intricate coffered domes, and perforated metal chandeliers hang in the atrium. Two more lanterns, each 30m tall, mark the boat dock on the west side of the museum, creating a grand entrance for guests arriving by boat.

The galleries, designed by French architect Jean-Michel Wilmotte, feature dark-grey porphyry stone and Louro Faya, a Brazilian lacewood that was brushed and treated to create a metallic appearance. This contrasts with the light-coloured stonework of the rest of the museum.

The permanent display showcases more than 800 works, representing the vitality, complexity and diversity of Islamic art across three continents and spanning 13 centuries. Treasures from the collection are exhibited on two floors of galleries that encircle the central atrium. Visitors journey through time and across cultures and regions, as the exhibitions group artefacts from specific historical periods and dynastic groups.

In addition to the two floors of permanent galleries, there is one main temporary exhibition gallery, a 197-seat auditorium, prayer halls, a gift shop and bookshop. The Education Wing includes a library and world-class conservation laboratory, ensuring that the museum will continue to contribute to Islamic culture for years to come.