Sometimes the most effective way to introduce a contemporary addition to a historic residence is by boldly celebrating the difference.

This was the case when architect David Jameson renovated a kitchen and added a design studio via a modern addition to the back of a traditional 1920s row house.

The addition consists of a glass and steel volume inserted into the body of the existing house – evoking the image of a Japanese lantern, says Jameson.

"To create the addition, acid-etched glass panels are inserted into the self-supporting steel frame that cantilevers out of the masonry mass," he says. "The corner of the house was cut out, and the minimal steel frame was bolted directly onto the structure of the original building."

The footprint of the historic home could not be extended on the ground, so cantilevering the window walls out 18in from the base in two directions was a way to gain extra space for the addition. 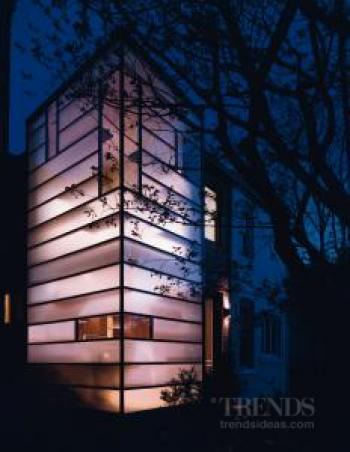 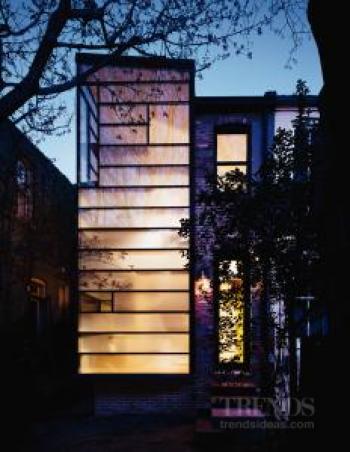 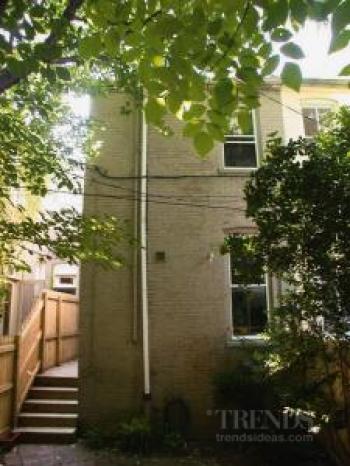 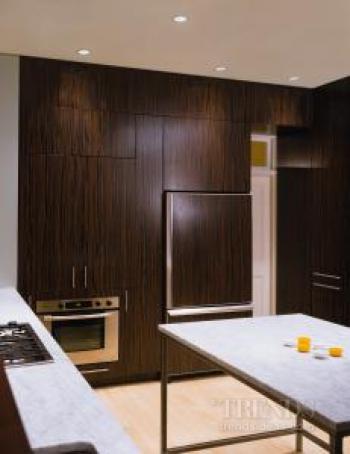 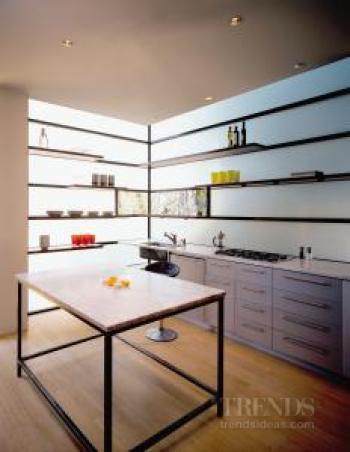 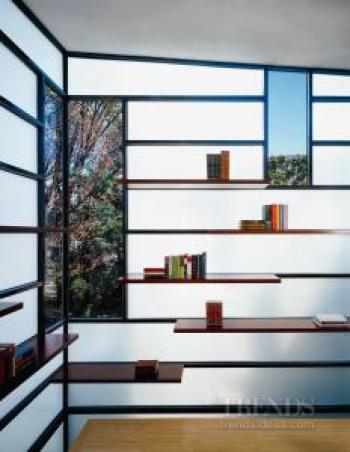 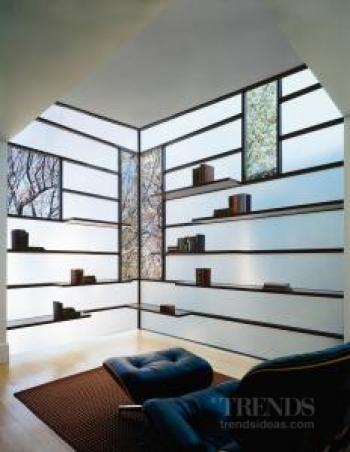 Conceptually, the project contrasts light with heavy, translucent with opaque, mod-ern with traditional, and minimalist steel and glass alongside detailed brickwork.

However, at the same time, elements of form find harmony between the original structure and the insertion.

"The horizontal slats formed by the steel frame have a proportional relationship with the brickwork alongside," says Jameson. "The overall vertical body of the addition also echoes the vertical form of the original structure, right down to the adjacent window forms."

The interior of the insertion is as conceptually astute as the exterior. For example, the entire steel frame not only serves as a structure for the glass skin, but also functions as an effective shelving solution inside.

A renovated kitchen takes up the lower level of the two-story addition. By re-entering the original home and climbing the stairs, you then enter the upper level, comprising a studio and study.

Given the lantern effect from the lit structure at night, the architect wanted to avoid breaking up this volume of light. To this end, the structure's studio floor also cantilevers out from the base structure. Built from strong, lightweight bamboo, the floor only reaches to within inches of the window walls. The effect is that the floor almost floats between the levels. Standing beside the etched glass walls upstairs you can see through the aperture between the wall and floor to the space below.

The result is an exterior that isn't visually punctuated by the floor from the outside, leaving the exterior appearance as minimalist as possible.

Windows are strategically set within the etched glass walls, framing views of a cherry tree and ivy-clad wall.

"Despite the dense urban location, these glimpses give the illusion of being in a leafy, rural environment," says Jameson. "The position of shelving and windows contribute a Mondrian-like patterning to the interior's ethereal atmosphere."