Back in the 1990s, it seemed that every second homeowner was after the Tuscan villa look. A fascination with all things Italian extended to replica terracotta villas, where architectural features were often exaggerated, or over emphasised, to enhance a home's character.

While many elements of those traditional villas are still applicable to modern lifestyles, such blatant themed reproductions have given way to a more contemporary reinterpretation of Mediterranean architecture.

This house, by architect Craig Steere, was designed for a couple that wanted a European villa-style home with character – but one that would also cater to a modern lifestyle.

"We have taken elements of the traditional villa and pared these back for a more refined, contemporary look," says Steere. "The house was not designed to a specific style, but does have similar proportions to those traditional Italian villas – and provides for courtyard living. It also has a solidity, and a sculptural depth that reflects a Mediterranean influence. The window and door reveals, for example, are much deeper than normal, both inside and outside the house."

The key difference to those original houses, however, lies in the more subtle design approach, which is evident in the facade. For example, the corbel detailing, which sits proud of the wall, is a refined version of traditional corbelling. The iron balconies on the first floor are also simplified versions of the Italian style. 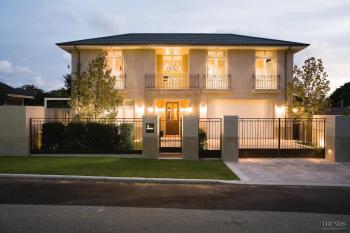 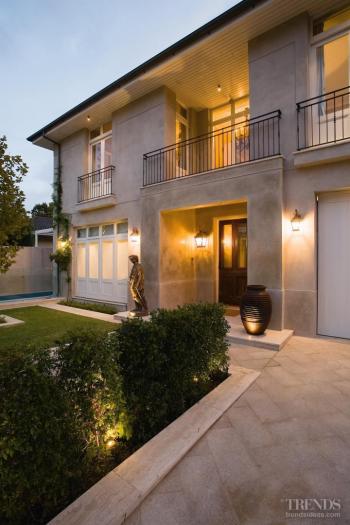 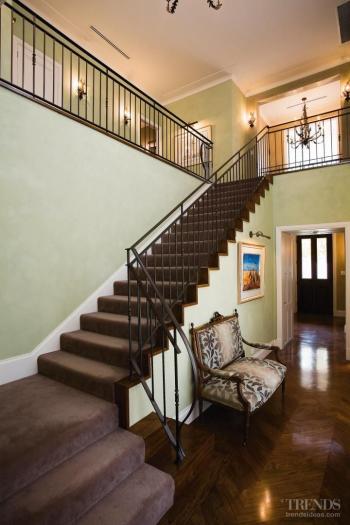 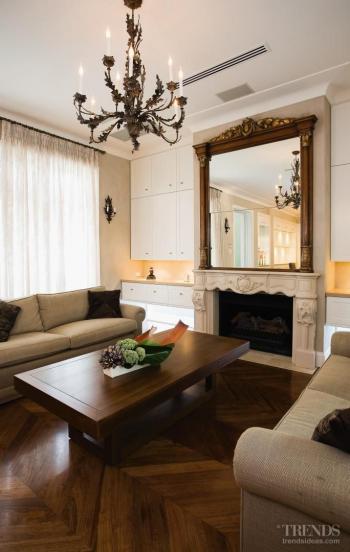 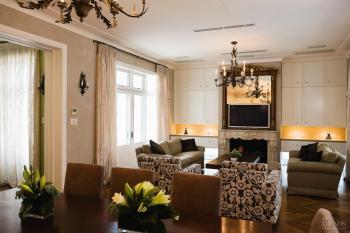 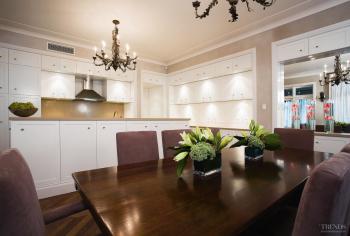 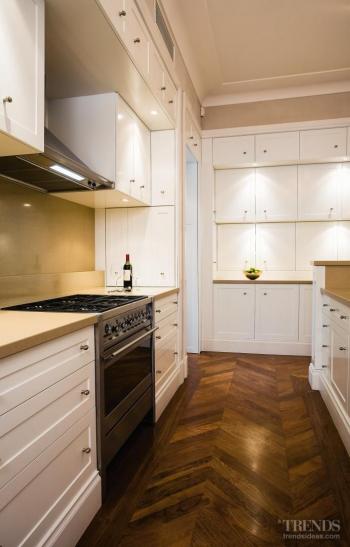 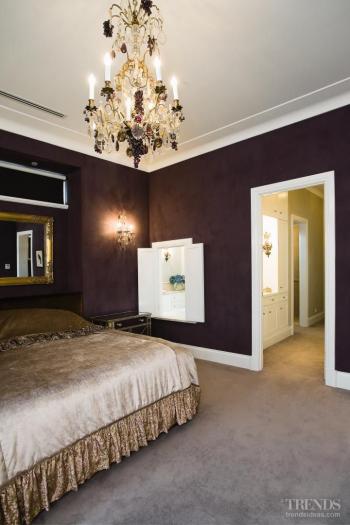 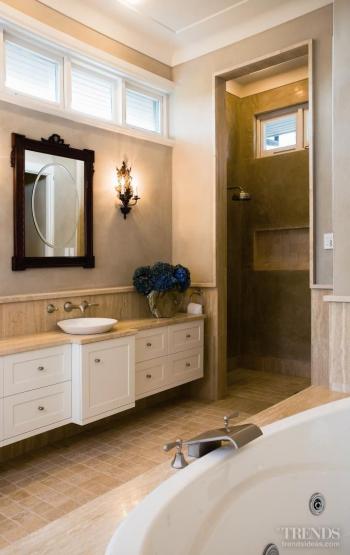 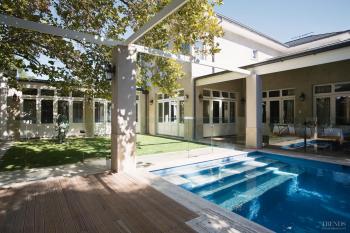 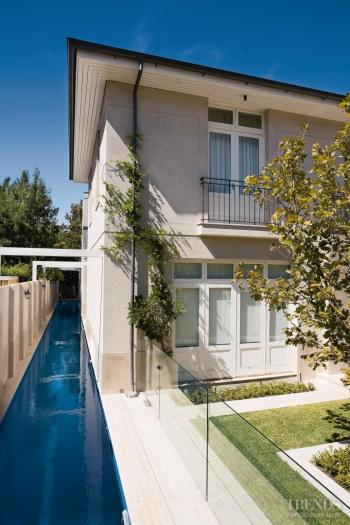 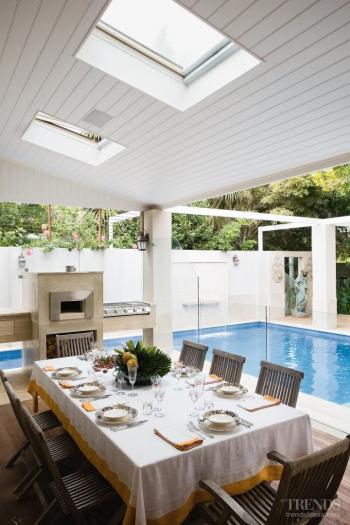 "Balancing the proportions of the front elevation was important," says Steere. "The house needed to have a sense of strength and scale, and an entry statement. This is provided by the pared-back portico, which has a polished plaster finish, similar to the plinths at the base of the house."

The materials also reflect a modern take on tradition. The concrete roof tiles, for example, imitate a slate look, but have a less pronounced profile than might be expected.

Traditional character is still in evidence, however, notably with the coach lamps at the front door, the battens on the underside of the eaves, and the portico's polished plaster finish.

The interior also reflects a simplicity of line, with character introduced through the furniture and accessories. Built-in cabinetry provides plenty of storage in several rooms, including the formal living area. Here, cabinets are cantilevered above a series of slot windows at floor level. The windows provide glimpses of a long lap pool that runs the length of the house along the boundary wall. At night the pool is illuminated, providing added visual interest from inside.

The focal point of the living room is the fireplace, which features a French Provincial-style, handcrafted fireplace surround. A custom-designed mirror above the fireplace is automated, allowing the glass to slide up to reveal a large plasma screen. Further character is provided by the chandeliers that were also custom designed, and imported from Italy.

Dark-stained blackbutt hardwood flooring, laid in a herringbone pattern, features throughout the living area, echoing the pattern of the paving at the front of the house.

"The colour palette of the interior is predominantly earthy shades of brown, taupe and grey," says Steere. "We didn't want an orange- or red-toned wood floor to detract from this. The dark-stained blackbutt adds to the subtle character of the interior."

As the homeowners enjoy entertaining, the layout of the main living areas is open-plan, allowing an easy flow between the living and dining rooms, and to the courtyard and pool area. The kitchen incorporates a separate scullery for catering purposes, and features similar cabinetry to that in the living room.

An all-seasons terrace provides an idyllic outdoor dining area, adjacent to the recreation pool, which is at one end of the 33m lap pool. Skylights in the eaves incorporate automated blinds and can also be opened and closed if required.

Large pergola-style beams cross the lap pool at regular intervals, and also appear around the courtyard. Much like a traditional Italian villa, these will soon be entwined with creepers that bring welcome shade in summer.