Islands in the sun

Designing a house to capture a 300° view presents its own challenges, says the owner of this island retreat. But the results speak for themselves

Islands in the sun Discover this article's resources 0

Holidays are all about escape, and there is probably no greater escape than an island retreat accessible only by boat – or helicopter.

But even with his pick of building sites, the owner of Hurakia Lodge says making the most of the spectacular views from Rakino Island in the Hauraki Gulf presented a challenge for the designers. John MacCulloch says the location has an obvious wow factor, and it was important that this wasn't diminished by the building.

The solution lay in three long, low pavilion-style wings that form a Y-shaped building, with expansive glazing providing a transparency through the house.

"It is possible to stand in the central living pavilion and look down either wing and through the glass walls to the sea beyond," MacCulloch says.

The design brief given to concept architect Greg Boyden of Jasmax specified a modern, flat-roofed house that would blend in with the surroundings in terms of its colour. But MacCulloch says the house also needed to have its own presence. 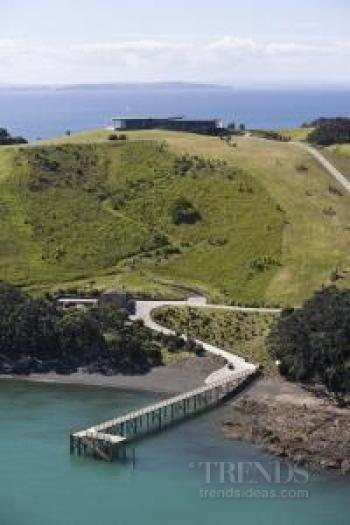 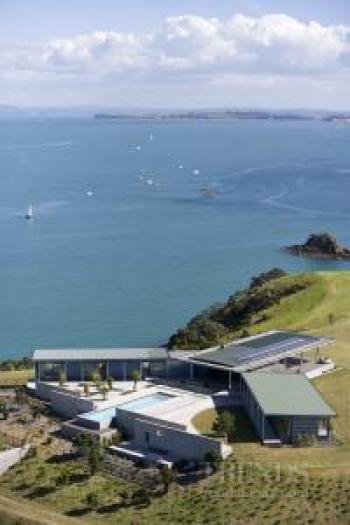 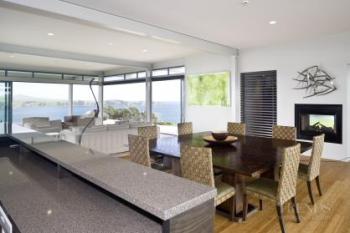 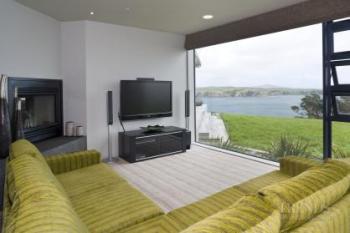 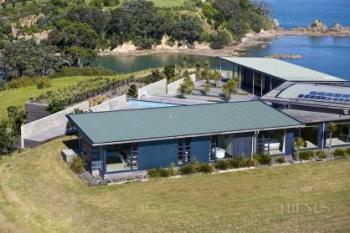 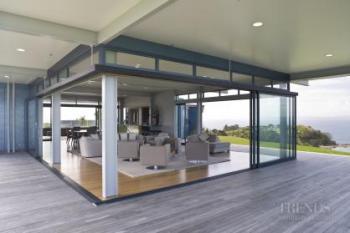 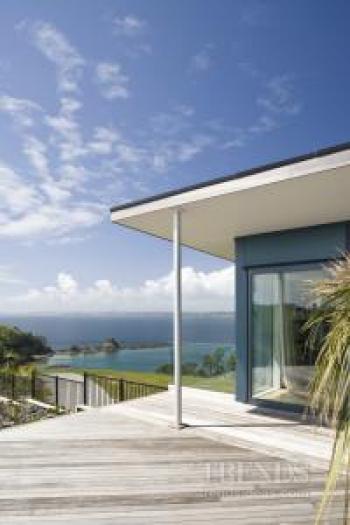 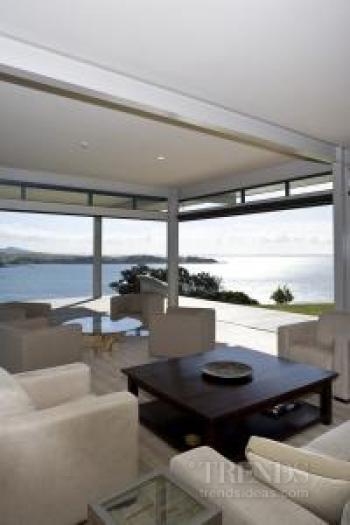 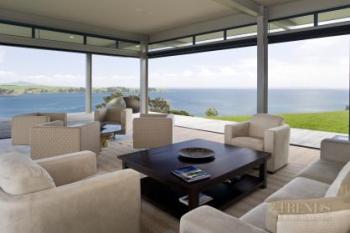 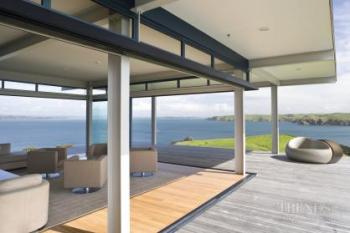 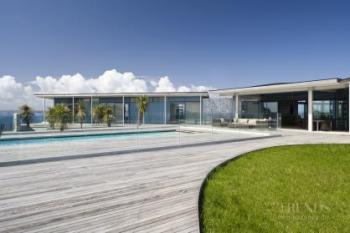 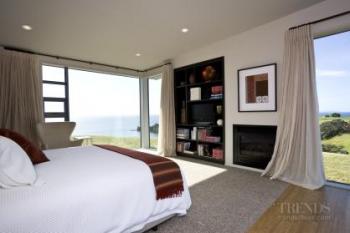 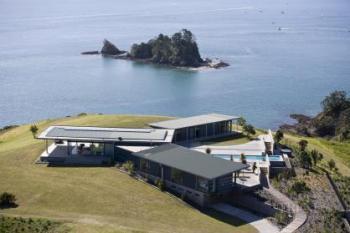 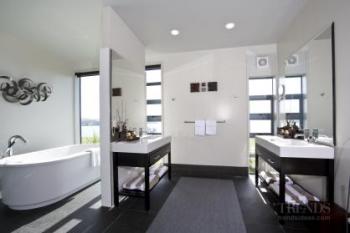 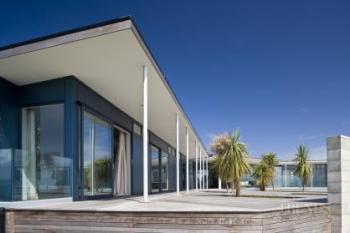 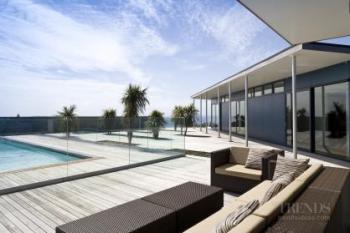 "The house needed to make a strong statement in itself, while also providing a tasteful, warm and welcoming retreat."

In keeping with the requirement for a contemporary architectural form, the main living pavilion opens up on four sides to a large terrace that wraps around the building. Large eaves provide shelter from the summer sun. And the owners can open the large sliders to suit prevailing weather conditions.

The two bedroom wings semi-enclose a sheltered pool courtyard and outdoor living area. Freestanding concrete block walls at the opposite end of the pool are positioned to frame the best view of a picturesque group of small islands.

"Sometimes, leading the eye to a key aspect of the view is more dramatic than simply exposing a never-ending vista," says MacCulloch.

The exterior is also defined by the cladding, which features Aluart anodised aluminium panels. Many of these are designed as permanent artworks. Connecting panels between the bedroom wings and main pavilion, for example, feature a textural fibre pattern, while the anodised panels on the bedroom wings are decorated with a bubble pattern that conveys a sense of movement.

The interior, by Stewart Harris of Martin Hughes Architecture Interiors, was designed to complement rather than detract from the view.

"A simplified palette of colours and materials was the best way to allow the view to dominate – it also lets the architecture shine," says Harris. "We opted for natural colours, which have a subtle New Zealand flavour, but the interior also reflects international design influences."

Harris says natural linens and handwoven jute and wool carpets were specified. Wood was sourced from a renewable resource.

"There is a strong consistency of materials throughout the house. Similar colours provide a visual connection, and the use of contrasting textures adds interest. We avoided a look that is too conservative, frequently mixing classic elements with quirky accent pieces."

These items include sculptural lamps and artworks, a coffee table made from native tree trunks, and a Dedon Yin Yang chair on the terrace.

Comfort was also a priority, with the spacious, uncluttered living areas providing several grouped seating areas, each positioned to maximise a different slice of the spectacular view.