Islands in the sun

Working from just a name and a vacant site, the designers of this store created a retail paradise – and a whole new shopping experience

Islands in the sun Discover this article's resources 0

The competitive nature of the retail industry today makes it more important than ever for stores to have a signature look. Creating a point of difference not only makes a retail outlet stand out; it also ensures the shopping experience is fun – and memorable.

Such a brief was given to the design team from Rezzuan, Yeoh & Ong (RYO), the company commissioned to design the new Archipelago store for Putrajaya Holdings in Kuala Lumpur.

Architect Eric Ong says the store needed to showcase a selection of products from the Malay Archipelago, including fashion, arts and crafts, perfumes, home decor and various delicatessen items. The store also needed to house a café.

"In terms of the design, the only things we had to work with were the space itself, which is approximately 800m2, and the name," says Ong. "The name provided the inspiration. Much as it suggests, Archipelago is designed as a collection of islands that make up a retail paradise."

Ong says the space was divided up into 12 retail areas, each with its own identity. These are linked by a unifying sea, which is represented by the flooring – a swirling pattern of sand-coloured pebbles interspersed with mosaic tiles. 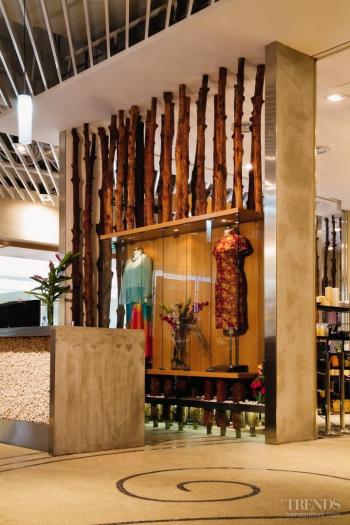 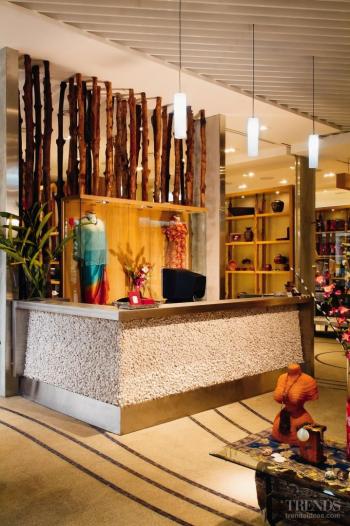 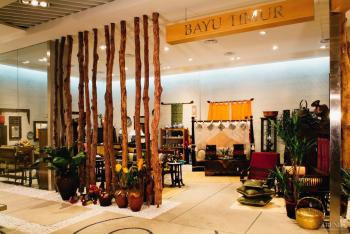 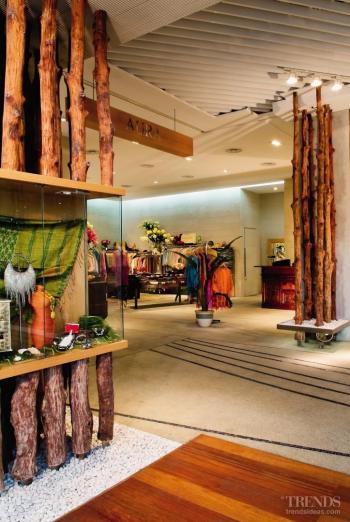 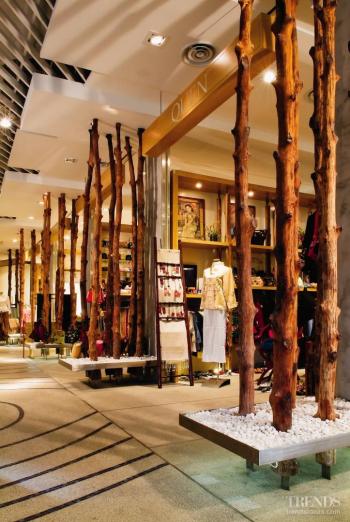 "The pebbles are reminiscent of the water's edge, while the mosaic tile pattern evokes a memory of the sea and waves, and the constant movement of the water."

Polished timber flooring is also used to visually connect the different areas. Ong says this flooring is designed to convey the sense of crossing a bridge – moving from one threshold to another.

To extend the architectural metaphor further, the designers dotted the "sea" with floating platforms of pebbles set within stainless steel trays. These display islands feature tall, roughly hewn logs of bakau – a local swamp tree. The bark has been stripped to expose the raw, knotty wood, which enhances the rustic feel of the fit-out.

"The logs are arranged in groups, like clusters of trees. They also create screens that help define the separate retail islands," says Ong. "Their raw look is a strong contrast to the smooth oak veneers of the display cabinets and shelving."

Each retail island is further defined by the ceiling treatment. White plastered ceilings float like clouds over the islands, while strip-metal ceilings hint at open skies beyond.

The use of stainless steel on the counter, the island trays, and at the side of display units adds a contemporary edge. This was a deliberate move to ensure the fit-out retains a modern feel, says Ong.

"Despite the many rustic and raw elements, the store is finely detailed to exude an overall ambiance of modern chic," he says. "The various elements are also controlled and co-ordinated to provide an interesting, but not overpowering, backdrop to the products on display."