Every once in a while a great opportunity presents itself and you need to grab it while you have the chance.

For the owners of this new apartment, it was the refit of a former bank building right across the street from the Art Institute of Chicago that caught their eye. Being able to create a home in such a central location was an opportunity to good to pass up.

The empty nesters, who had moved from a large family home in the suburbs, commissioned Martin Horner of Soucie Horner to design the interior of their new home.

"Because the apartment was bought early on in the process, it was in a raw state," Horner says. "The building had been completely gutted, but there were a lot of mechanical services to work around, and the ceilings in the main living space were of different heights. However, we could see the potential – it was very spacious and there was a beautiful light coming in through the steel-framed windows.

"The apartment extends over two levels, so we could also see it would be possible to maximize a lovely view of the tree canopy from the master bedroom on the second level." 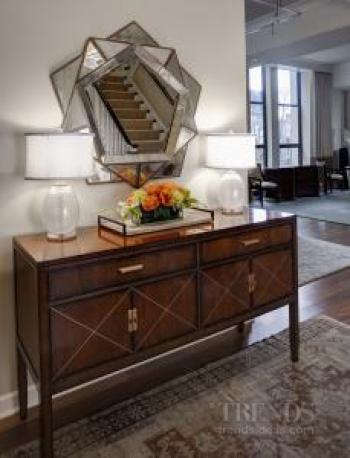 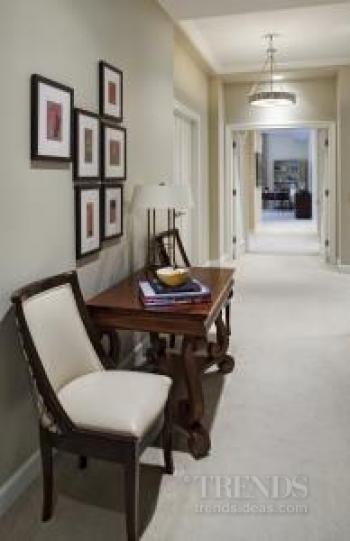 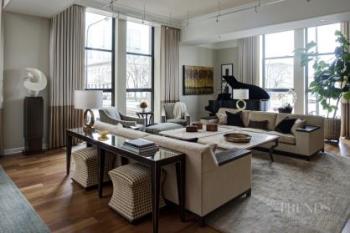 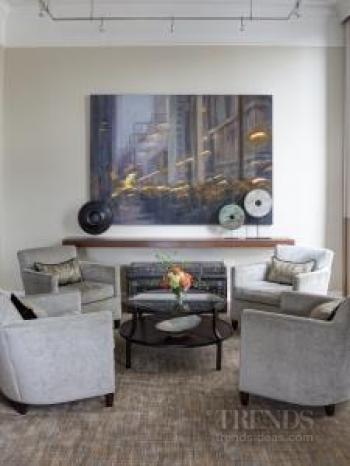 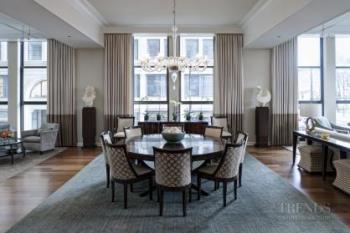 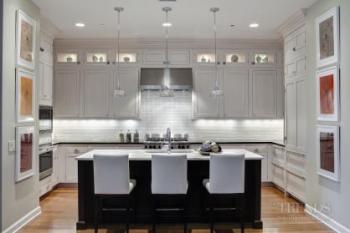 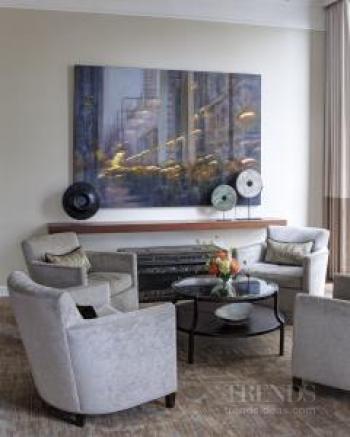 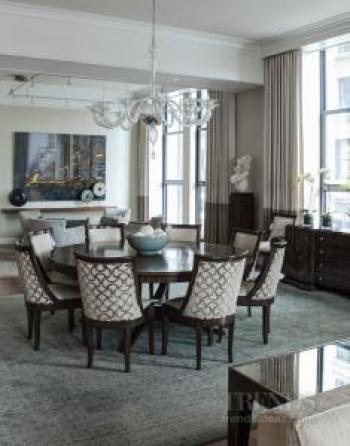 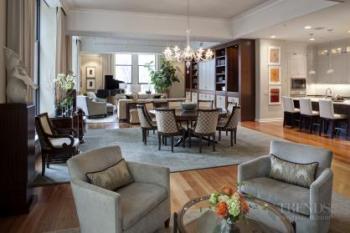 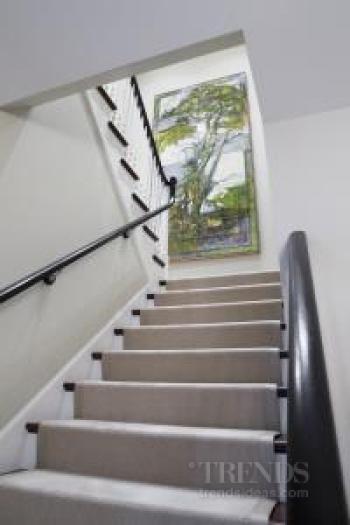 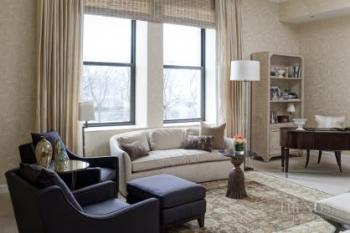 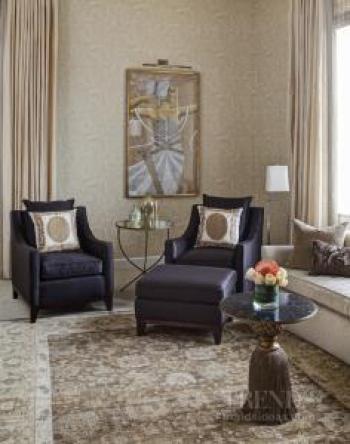 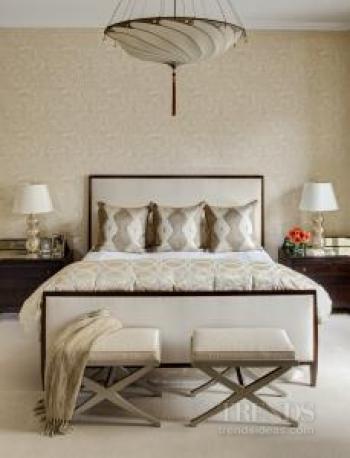 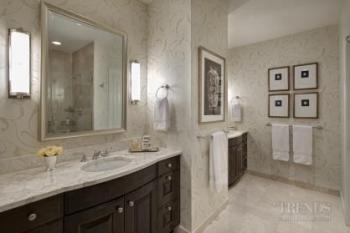 The designer says that in opening up the living area to create a single, large open-plan living space, the different ceiling heights were exposed.

"To disguise these, and to conceal mechanical services, we introduced several large beams to the room," he says. "The beams also help provide visual separation for the various areas in the overall space – they define the main seating and dining areas, an intimate sitting area, and the kitchen."

Choosing the color palette for the interior was not too difficult, Horner says.

"The windows are so big we needed to acknowledge the color coming in from outside. One of the owners also likes very large furnishings, so it made sense to keep these quite neutral and bring in color accents that would help to connect the different spaces."

An antique rug in the foyer of the apartment became the key piece that tied the entire palette together. And a soft celadon blue-green shade seen in the rug became the accent color that enlivens the neutral tones. It appears in a large custom rug that visually anchors the dining area.

"This rug, like the other large rugs in the living area, is not highly patterned," says Horner. "The rugs provide a simple, uncluttered backdrop to the furniture."

And it is the furnishings that really bring the apartment to life. The designer introduced a mix of antique and modern pieces in a variety of textures and from different cultures to create a collected look.

"We didn't want everything to look new," he says. "The buffet in the dining room is a Hungarian Art Deco piece from the 1940s, for example, while the dining furniture features a custom table from Randolph & Hein and chairs from Design Atelier. We added a beautiful Murano chandelier to help bring it all together."

A putty shade on the walls reinforces the look.

"We wanted the space to be warm, not a stark, white box," says Horner. "And we created a horizontal band around the room by joining two contrasting fabrics on the drapes. The brown fabric at the bottom provides a dark backdrop to the light-colored furniture at this level. These drapes are not pulled – there are concealed motorized blinds to provide privacy at night."

Technology is also hidden within a custom entertainment cabinet designed to look like a piece of furniture. The two-tone cabinet is made from walnut, and has an inlay that resembles parchment.

The master bedroom posed its own challenge, says the designer, mainly because it is a very large space.

"The room is so massive we introduced a patterned wallpaper to provide texture and to give it personality," says Horner. "We added a private sitting area with two Presidio chairs in chocolate wool sateen, an A Rudin sofa and a tassel side table."

This suite also features a Fortuny pendant light – the colors tying in perfectly with the dark and light neutrals.