Blurring the boundaries between indoors and outdoors, this former wool factory has gardens and a heated pool incorporated into its open-plan expanse

Inside out Discover this article's resources 0

Improving flow between a home's interior and exterior is one popular reason for renovating. However, with the right site, and a healthy dose of lateral thinking, traditional definitions of home and garden can be altered.

For designer Mark Durham, the old Warnes Wool Factory provided an opportunity to realise a concept he had considered at art school – that being, if you are in a cave, are you inside or outside?

"My idea was to build a home that blurred the line between inside and out. To achieve this I needed a building with a very large footprint. The 600m2 Warnes ‘Wonder Wool' factory provided this," he says.

Durham collaborated with interior designers Tullio Bogatai and Kajetan Bartak, with input from his partner Bronwen McCrae, to develop the design for the structure. Acting also as site manager, he worked closely with the building team to overcome any problems.

"It turned out that the building actually consisted of three parts, built in 1920, 1957 and 1960. To begin with, we demolished everything but the side walls, roofing trusses and the 1920s facade, which we copied over to replace the 1957 street frontage." 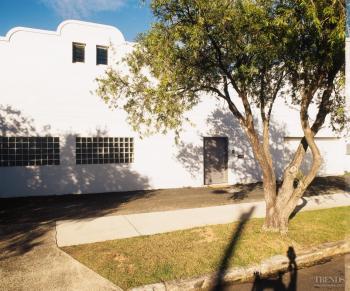 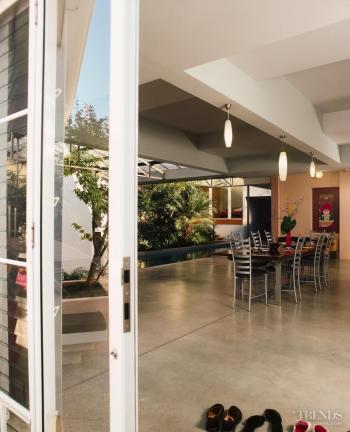 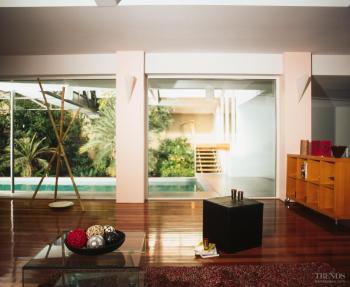 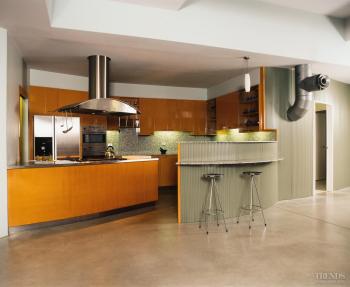 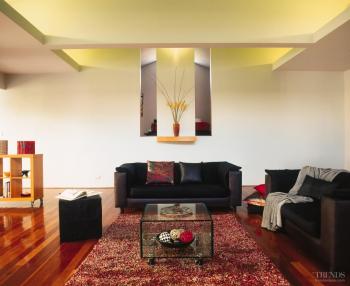 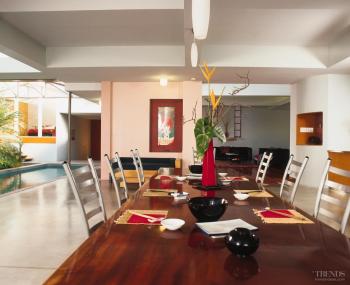 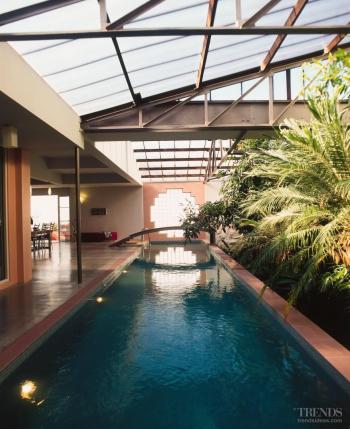 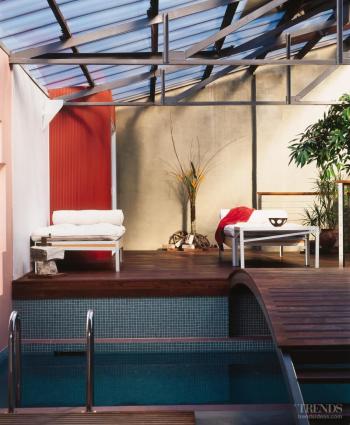 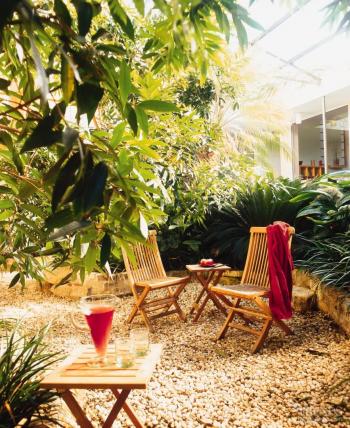 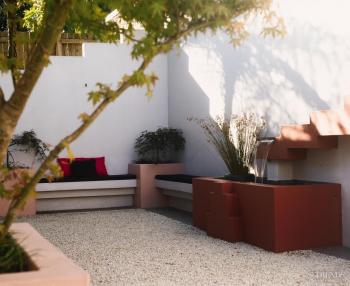 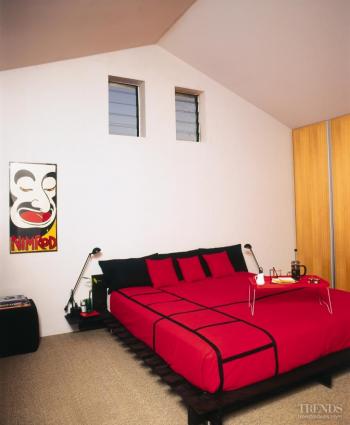 Excavation was a major part of the project. About 50% of the floor area was dug out to a depth of 1.4m, meaning a two storey capability could be achieved without going outside the original envelope of the building. A small digger was brought in to remove topsoil, before a larger, 20 tonne machine was used to dig through hard sandstone.

The finished factory space incorporates two bedrooms, both with ensuites, on mezzanine floors. Underneath lies a workshop space and garage.

"The main access to the interior is through a landing and passageway between the bedroom and the living area. Entering this way provides an unusual effect, as visitors suddenly find themselves in the centre of the house."

Inside, the large, open-plan space offers clear lines of sight from one area to another. Space is defined by ceiling sections at different levels. There are few doors inside the residence, one is the glass entrance to the master bedroom, the others are the bathroom doors.

"Basically, the lounge, dining and kitchen spaces flow through, around and across each other.

"Another way to define space is with ceiling treatments. In the dining room, there is a series of flat sections, which then rise up like inverted stairs. In the kitchen, the lower, dead-flat ceiling encloses the space."

Throughout the factory the original roofing was retained, although any trace of asbestos was removed.

"Additions to the building over the years resulted in a roofline that goes all over the place," says Durham. "The diverse roof, however, allowed us to create different ceiling effects, simply by boxing the existing girders. Sheets of acrylic were installed over the pool and garden area, with the rest left as tin."

In recognition of the history of the site, Durham tried to use as many natural and raw finishes as possible, keeping an industrial aspect to the structure.

"The wooden floors in the living area are third-grade blue gum. All the knots and imperfections were retained, filled with fibreglass resin, sanded and finished in an industrial polyurethane. Elsewhere, the floors are mostly polished concrete, with some sandstone and timber decking."

A further blurring of the lines between indoors and outdoors was created by the addition of a lap pool. The pool, adjacent the dwelling's open dining area, features extensive planting down one flank, giving a greenhouse effect. A Japanese-inspired bridge across the pool allows a timber-decked mezzanine landing to be accessed.

"The pool actually fulfils a dual role," says Durham. "It heats the entire house in winter. With the water heated to 28°C the house is kept at a constant 24°C. During summer the pool temperature drops naturally to 21°C, which is a more refreshing temperature than many outdoor pools."

As the pool is 15m long and 3m wide, heating it efficiently was a big challenge. Using solar heating, however, reduces the swimming pool's running costs.

To stop the roots of trees alongside interfering with the pool, a low wall was sunk into the bedrock.

A mix of lillypilly trees, an Australian native which blooms with white snowball-type flowers, and palms were planted. An added benefit of the planting is that the air maintains good levels of oxygen.

Despite the warm climate, air conditioning is only necessary in the bedrooms, says Durham.

"During the day we are either in the pool or outside. Passive thermal design elements integrated into the building also help maintain a comfortable temperature.

"The air conditioning works in tandem with the hot water service. In reverse cycle, the air conditioner removes heat and returns cool air via ducting. The hot air is released into the pool, with cool air pumped out."

The factory's 600m­2 area meant that two hot water services were required – one for the bathrooms and one for the laundry and kitchen.