Gutting and renovation of an existing apartment revealed original brick walls, while the new design by architect Alexander Gorlin keeps the space open and free-flowing

One of the general rules to follow when planning the layout of a home is to arrange the space so public living areas are separated from the more private areas such as bedrooms and bathrooms.

But architect Alexander Gorlin took a different tack when renovating this industrial loft in New York's Chelsea district – installing a large pivoting mirrored panel that creates a flexible connection between the new open living area and main bathroom and bedroom.

Although the space in the original 1900s building had already been converted to residential, Gorlin says the existing interior didn't suit its new owners or their lifestyle.

"It had been chopped up into a rabbit warren of rooms," he says. "We started by totally gutting and reconfiguring it so you could experience it as a single space."

With all the partitioning gone, Gorlin was left with a 250m2 shell, with just the support columns intact. 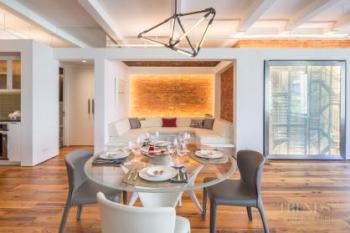 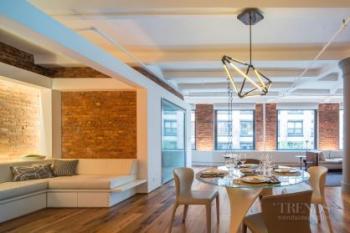 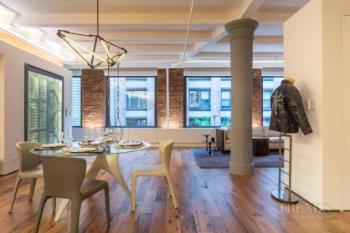 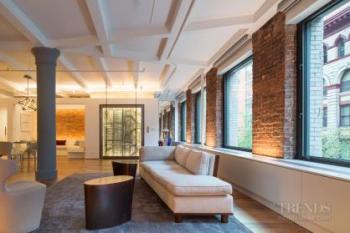 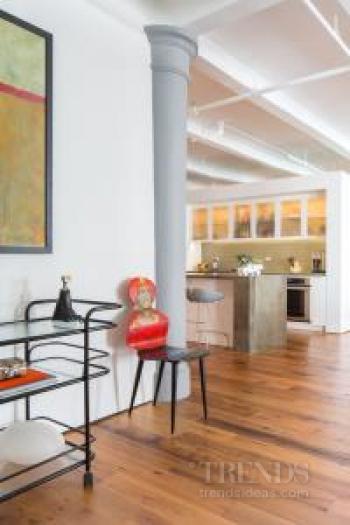 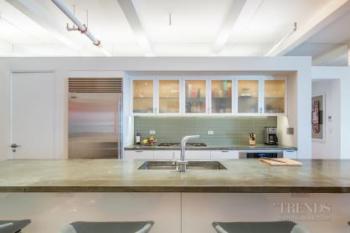 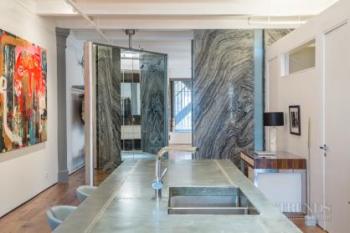 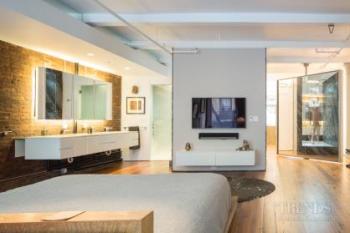 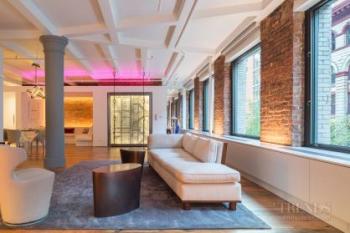 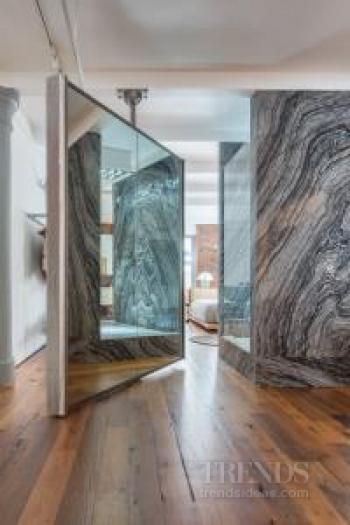 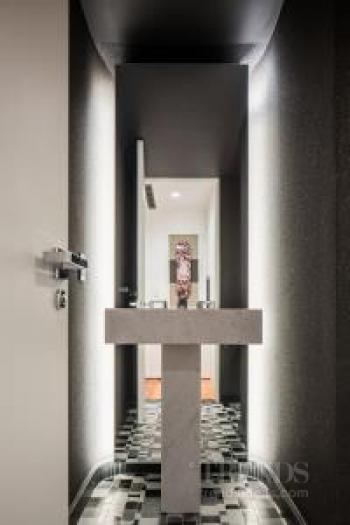 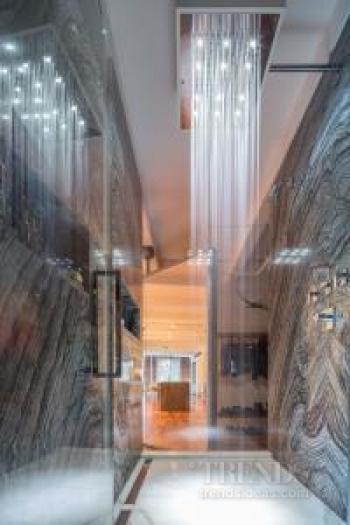 The existing small-paned windows were replaced with large single panes to give the loft a more contemporary feel, and any wall linings were peeled away to reveal the original brick walls.

"It was a kind of archaeological excavation of the space."

From here, Gorlin aimed to make as few insertions as possible, an approach in line with the owners' wish for their apartment to be one large open space – it needed to work for comfortable everyday living and for entertaining.

One of the owners also had grown children who would visit occasionally, and there was initially talk of including two guest rooms as well as the main bedroom suite.

"But I convinced them to have just one guest room and to allocate more of the space to their own bedroom, so they would have a luxurious loft with one large, flowing entertaining area."

Gorlin says that from here the space planning was very simple.

"The main living space needed to face the wall of windows overlooking 17th Street. And it made sense to put the main bedroom in the back of the apartment where it's quieter."

The kitchen is a freestanding insert in between the living areas and bedroom.

And it's here that Gorlin added the 360° pivoting panel that's mirrored on both sides.

"It's a fun feature," he says. "A door usually means something beyond is private, but this is the opposite of what you'd usually call private."

If it's closed, the mirrored surface reflects back the space you're in. And when angled open, it can reflect various views of the bedroom and the shower.

"It adds to the flexibility of the space and has a sensual feeling to it."

While the granite-walled shower has necessarily some sense of enclosure, the open design continues in the bedroom, where the double vanity is a freestanding element in the space.

"It's an exciting environment with a touch of the unexpected," he says.