This home's rugged exterior conceals an interior that celebrates its past and a shining, futuristic present

Renovating and then inhabiting a classic piece of industrial architecture may be approached with two things in mind – firstly, maximizing the impact of the original strength of the structure; and secondly, making it a comfortable, contemporary place to live. Contrasting clean-lined, modern elements with the structure's rugged textures and forms can bring out the best of both worlds.

This was the direction taken when owner Robert Comiskey, together with architectural firms Brand & Slater and RAL Architects, reinvented a decommissioned substation. Comiskey holds an architecture degree in his own right and deliberated for months over how to strike the right balance between the old and the decidedly new.

Preserving the integrity of the historic structure was essential, but the question was how to introduce living spaces and bedrooms into the building without blocking out the impact of the soaring 30ft high interior.

"The short answer is, we couldn't," Comiskey says. "Given the generous volume, it would have been easy to introduce, one, even two levels into the space, but the overall impression would have been lost. Instead we built two bedrooms and a bathroom over an adjacent garage."

Spreading the domestic spaces beyond the building's walls allowed for a dramatic design stroke which sets the scene for the entire home. 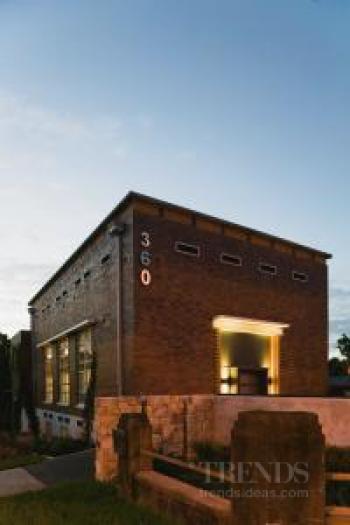 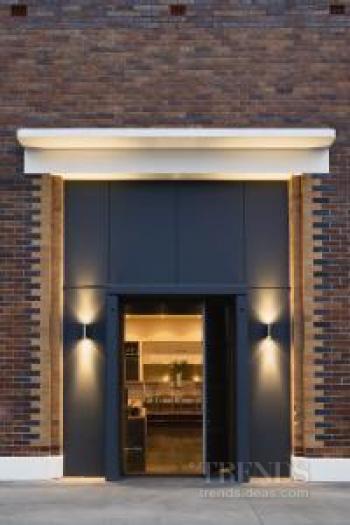 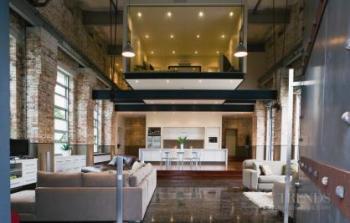 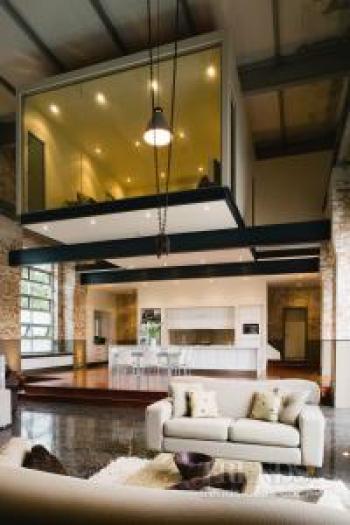 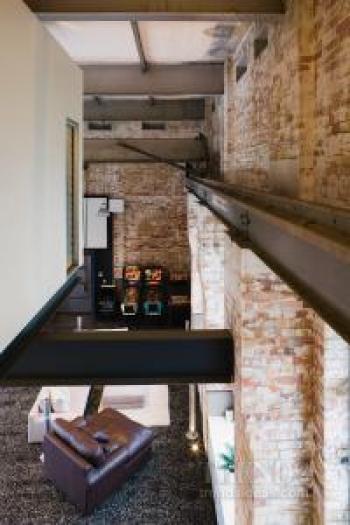 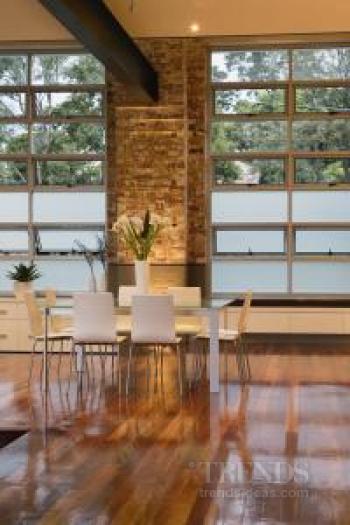 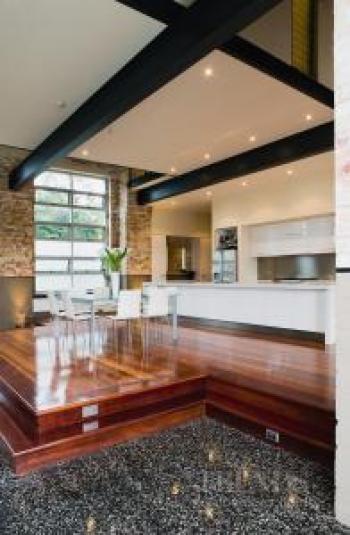 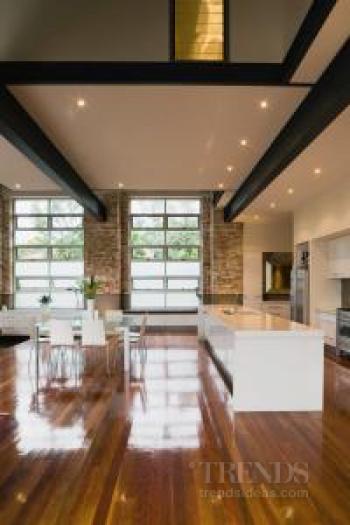 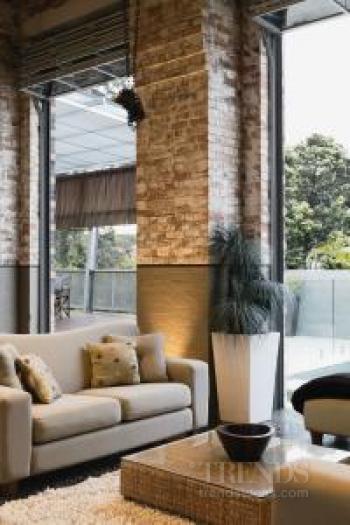 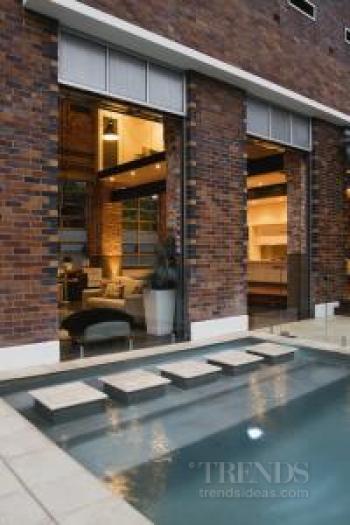 "The decision was made to introduce the master bedroom as a central architectural form, suspended within the void of the greater industrial space," he says. "Clean, modernist lines provide an ideal contrast with the rugged, exposed brickwork of the building. Throughout this project, elements are either in sympathy or spectacular contrast."

The ironwork that supports the floating bedroom cube is a stand-out example.

"I-beams were chosen to echo existing I-beams running the length and breadth of the structure," says Comiskey. "In a more recent past life, the substation had been used to work on the city's trams and these beams were part of the gantry crane used to haul the massive engines around."

If the beams empathize with the building's existing forms, the industrial glass fronting the bedroom pod stands out in shining contrast.

"Introducing this glass wall was important to the overall effect," he says. "Facing the entrance, it provides an instant understanding of the entire design – greatly maximizing its impact."

An opaque solid wall would have presented a plane to the observer, essentially blocking out much of the volume. Instead, the onlooker reads the bedroom cube's volume at a glance, showing how its form relates to the greater space.

The suspended cube performs another design function, too. With the living spaces open-plan below it, the bedroom's base defines the kitchen and dining area from above.

These areas are also defined from below, by the flooring. Hardwood floors contribute to domestic warmth for the home and, together with the two-step rise in level, differentiate the kitchen and dining areas from the central living space.

On the lower level, highly polished terrazzo concrete floors find a midway point between industrial and domestic. The finish has an almost luminous, astral quality that together with the polished wood floors brings a sense of lightness to what is essentially a solid, almost heavy space.

Generally, the home's brick walls have been stripped back to their raw state, but they are painted in muted tones from a 4ft height down.

"This was partly because an original paint at this level was almost impossible to remove, but repainting the troublesome lower surfaces also had an advantage," says Comiskey. "In a sense, the paintwork helped give the living areas a domestic scale and added warmth."

The original shell of the building had three large windows running along each side, with the main entrance at one end. Comiskey replaced the windows on the street side with aluminum awning windows, sympathetic to the industrial setting. On the other, more private, side, vertically folding 12-foot high doors concertina up out of the way, creating access to the adjacent swimming pool and outdoor living spaces. The massive doors are operated at the push of a button and are another striking feature of the renovation.

The contribution of lighting to the overall effect also cannot be overstated, says Comiskey.

"At night, and even during the day, low voltage downlights and floor uplights sparkle, accentuating the shiny polished floors," he says.

"From outside, the steel front door and the building's rugged form tell no tales as to what lies within," Comiskey says. "But upon entering that heavy door, quite a different scene is set."