In search of a home base

When a leading IT management company needed a new home, the project team found a way to mix the best of the new with the old

In search of a home base

The modern workplace has witnessed a phenomenal change in business practice over the past few decades. Along with the huge advances in technology, there are changes in the type of work carried out and the environments best suited to the new tasks.

Flexible workspaces, hot desking and break-out rooms are now essential for companies that need to adapt quickly to changing demands.

Such considerations were paramount in the design of the new office fitout for Cap Gemini Ernst & Young in Melbourne. But they weren't the only criteria. Woodhead International and Jones Lang La Salle had secured a heritage-listed building for the IT management company, which had outgrown its former offices. As well as meeting the needs of Cap Gemini Ernst & Young, Woodhead International also had to abide by the heritage restrictions placed on the Olderfleet building, an 1888 Neo-Gothic landmark designed by William Pitt.

"The ability of any company to attract and retain excellence and to provide opportunities for the staff to grow depends on the corporate culture and the work environment," he says. "This building gave us the chance to project an important philosophy of Cap Gemini Ernst & Young, promoting the successful transition of the old economy to the new economy. At the same time the fitout needed to reflect the progressive, forward-thinking nature of this non-traditional company." 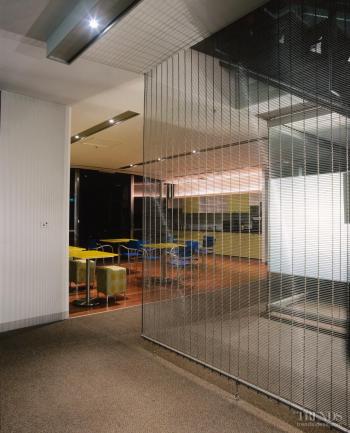 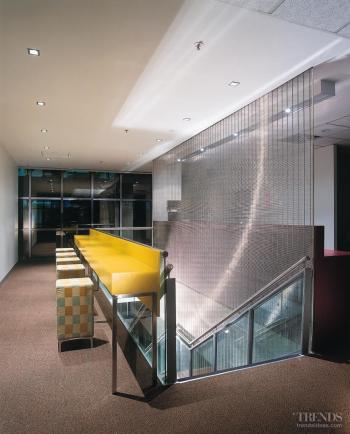 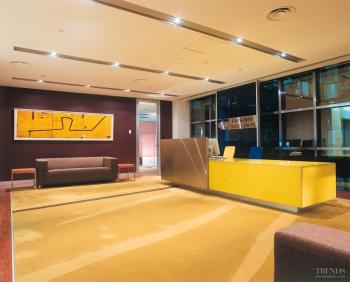 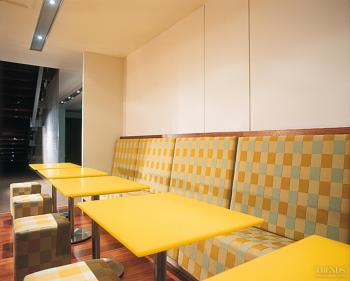 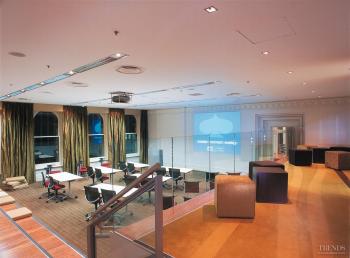 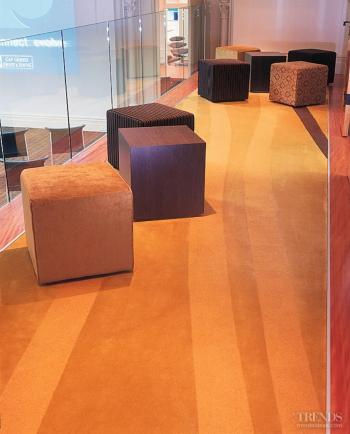 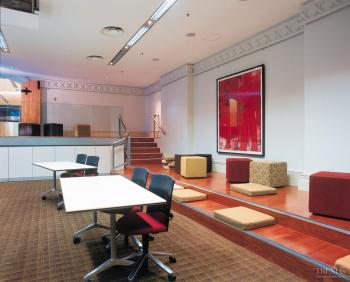 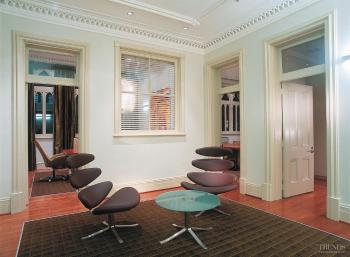 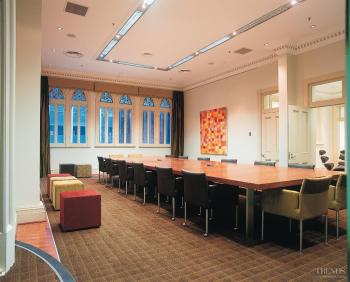 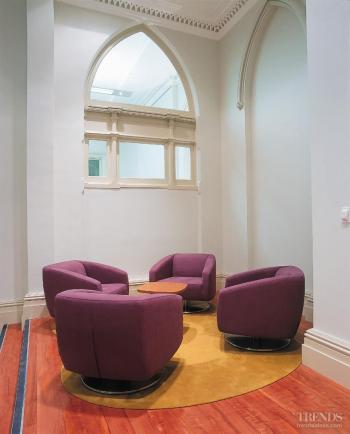 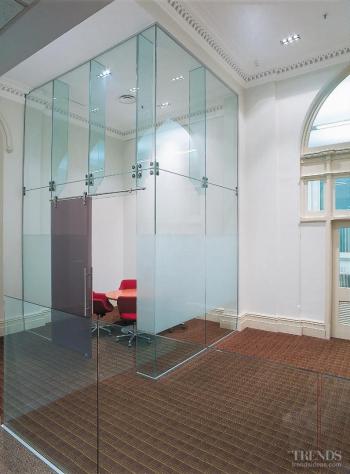 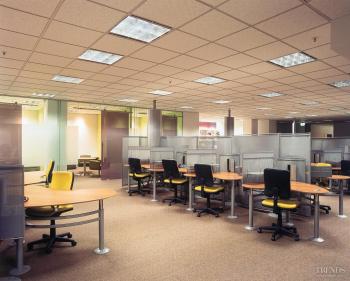 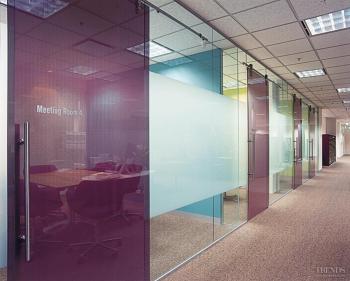 Hopton says that for the IT firm, the old economy refers to the more traditional and formal desk-based paper trail procedures, while the new economy is a reference to present-day high-tech business practices.

"The heritage part of the Olderfleet building reflects the old economy," says Hopton. "This is where we have located the client interface areas and where marketing and entertaining activities are carried out. The new economy was implemented in the tower, which although joined to the heritage building, has a modern interior reflecting the new technology."

The older part of the building was subject to many heritage restrictions, and Woodhead International wanted to emphasise the old-world atmosphere. Consequently, this area was restored to its former glory, with new ornate plaster work including cornices, architraves and ceilings. Hopton says all these changes needed to meet National Trust guidelines.

In keeping with the progressive outlook of the company, however, simple, modern furniture and bold, bright colours were also introduced to give the fitout a contemporary edge.

"Cap Gemini Ernst & Young wanted an office environment that would be a home base for the staff, many of whom spend a lot of time away from the office," says Hopton. "We needed to create a space where workers could touch base and interact in a relaxed, warm and friendly environment. For example, we have tried to avoid dark corners and solid walls. Meeting rooms along the edge of the open-plan areas have glazed walls and doors for maximum visibility."

A internal staircase was also designed to help unify the office, allowing easy communication between the two floors of general office space. A large stainless steel mesh curtain defines the stair void, but has a transparency in keeping with the open philosophy of the company.

The creation of a friendly and relaxing workplace was also crucial, says Hopton.

"There are many ways of working, but gone are the days when staff sat at attention all day. Workplaces today are a lot less formal. Just as people don't wear ties as much, so the work environment should reflect a less formal approach."

Workstations also reflect a change in the way many companies work today. The Formway Free desk system features on both floors, allowing staff to work at any desk as required.

Staff who spend most of their days out of the office can also plug in their computers at a long counter overlooking the stairs. Here, colourful ottoman stools provide casual seating.

Simple furniture and bright colours are also evident in other key areas, such as reception and the cafeteria.