In praise of modernism – architects' own home

Architects have a good eye, so you can be sure when they choose an older home for their own family, it will have a strong design history.

Two Denver architects, Sarah Semple Brown and Rusty Brown fell in love with this International-style house designed in 1942 by leading local architect Burnham Hoyt, who also designed the Denver Public Library and Red Rocks Amphitheatre. The house sits within an historic district, where most of the homes were built in the 1920s and have a more traditional character.

"It is very unusual to find a Mid-century Modern house in this neighborhood," says Sarah Semple Brown. "But we love the area, and the house has a real street presence – it is very alluring. We love the simple detailing and the horizontal stacked windows inspired by the renowned French architect Le Corbusier. Hoyt designed the house to be a grand gesture to the International style, and it is one of only a few such houses that remain."

The architect says that over the years, the architectural style has not always been appreciated, with many houses lost as a consequence.

"These houses don't have very high ceilings and there is a lack of detailing – the rather spare look has not been to everyone's tastes. Fortunately, the previous owners loved the house and had carried out considerable renovations. But there were still a lot of unnecessary walls that inhibited the flow through the house." 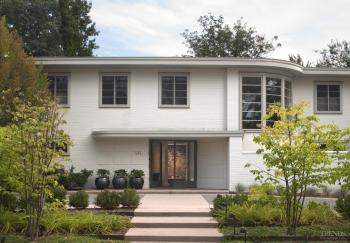 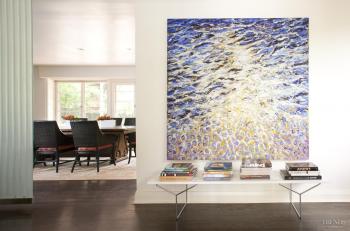 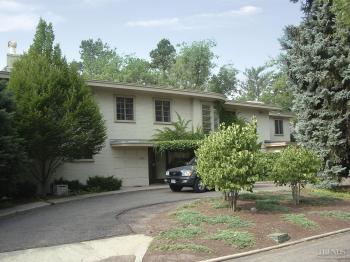 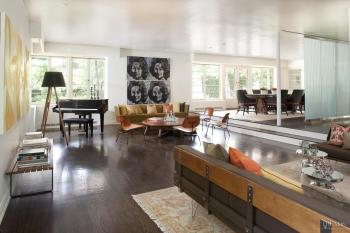 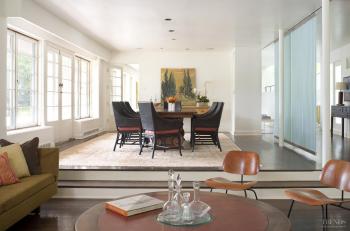 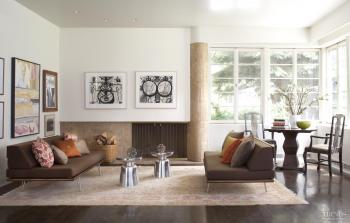 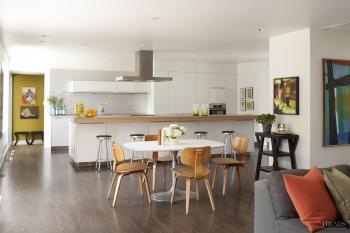 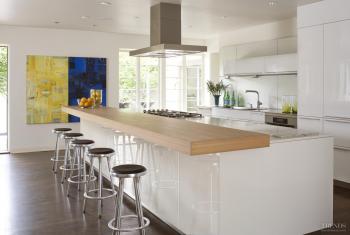 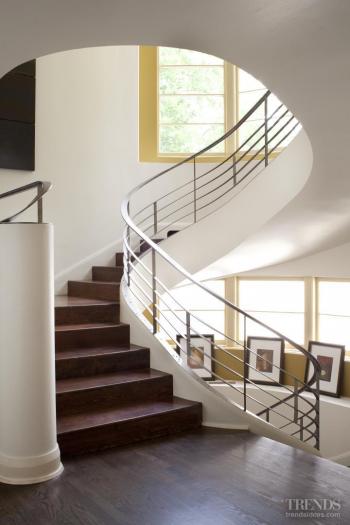 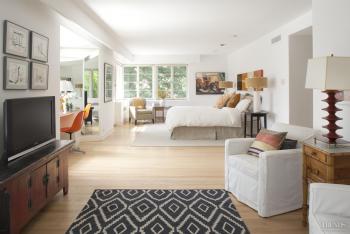 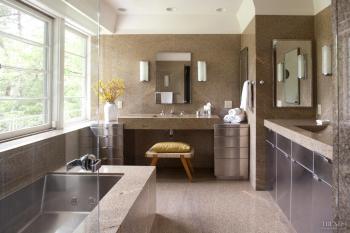 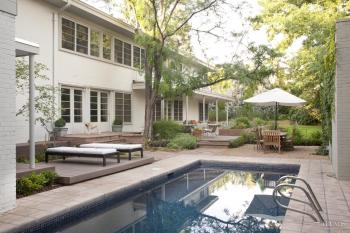 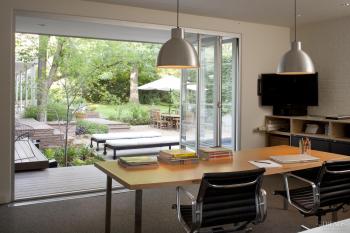 Remodeling the exterior of the house included clearing overgrown greenery. To better expose the house, the owners removed sprawling creepers and two large and untidy spruce trees, one of which had fallen over.

"We tidied the landscape but kept the original circular driveway, which is a typical feature of such houses," says Semple Brown. "We also added a new path and wide steps to better connect the house with the street."

One of the key changes to the interior is visible from the entry. A long wall was removed to improve the flow through the house, and to open up a view to the landscaped south-facing back yard.

"We were able to reuse the fluted glass in the original wall to create a sliding screen," says Semple Brown. "We wanted to preserve the existing character wherever possible."

The architect says the large size of the salon-style living area was another appealing feature – the room is almost like a loft. Furniture was chosen to complement the Mid-century Modern look. Semple Brown says vintage and new pieces have been acquired gradually over the years, and several items have come down through the family, including a 5ft-diameter wood coffee table.

"We love the proportions of the fireplace also. This has a large travertine surround that matches a travertine column – both original features."

The couple retained the wood flooring as well, opting for a dark stain that helps anchor the space visually.

The house does have a new kitchen, however, in a new location. A Bulthaup kitchen, designed by William Landeros and Jed MacKenzie of Kitchen Distributors, was positioned to open right up to the terrace and landscaped back yard.

"The original kitchen was very small, and did not work with the scale of the house," says Semple Brown.

"With its huge island, the new kitchen is a much better fit for the size for the house," says MacKenzie. "To keep the look modern, we added sleek anodized aluminum panels for the backsplash."

To gain extra natural light in the kitchen, family room and home office, the owners demolished a pool enclosure adjoining the house, which had been added in the 1970s.

Perhaps the most dramatic Mid-century Modern feature retained in the refurbishment is the grand spiral staircase, which is cantilevered off a curved wall, complete with curved windows.

"This is a very sculptural, highly engineered feature," says Semple Brown. "Architecturally, it is the most significant element in the house."

Another pleasing find for the owners was the white oak flooring on the upper level, which had been hidden beneath wall-to-wall carpet.

"We were expecting the more typical Douglas fir planks, but discovered beautiful white oak," says the architect. "We have refinished these in a light stain, which retains the light, airy look of the bedrooms."

"We also kept the original plaster valances that run around the perimeter of the rooms above the windows – these conceal fluorescent strip lighting, and probably hid the tops of curtains, " says Semple Brown.

"We feel, with all the changes we have made, that we have reclaimed the home, so it once again reflects the architect's original intent."