Much has changed in 30 years in terms of both education and architecture, so it's scarcely surprising that a university campus that has seen no new building or infrastructure work in that time would be due for an upgrade.

When the Faculty of Medical and Health Sciences at the University of Auckland found itself in this situation, it commissioned Jasmax and Jackson Architecture to come up with a masterplan for the Grafton campus.

Jasmax architect Stephen Middleton says the university had outgrown the existing space. It was also wanting to enhance its research department, which is seen as a vital growth stream contributing to university funding. And there was a need for an improved flow through the campus, which had no social focus. Shared circulation areas for students and researchers also needed to be addressed.

"Research facilities have to meet a whole raft of international standards, so there was a clear need for separation," Middleton says. "But just as importantly, the campus had no sense of identity. The Brutalist architecture of the existing buildings was not welcoming and the campus seemed cold and unfriendly. The only social space for the students was the café."

The architects consequently came up with a plan that included a new building – the Boyle Building – to house academic offices, student facilities, lecture theatres, the Liggins Institute and an optometry clinic. A large, light-filled atrium links this structure to an existing building, which has a new extension. All the existing buildings were extensively refurbished and new infrastructure services installed. 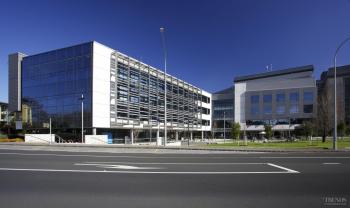 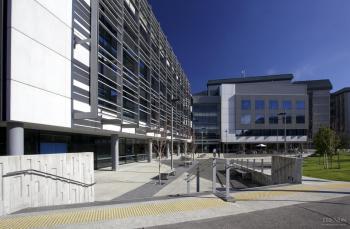 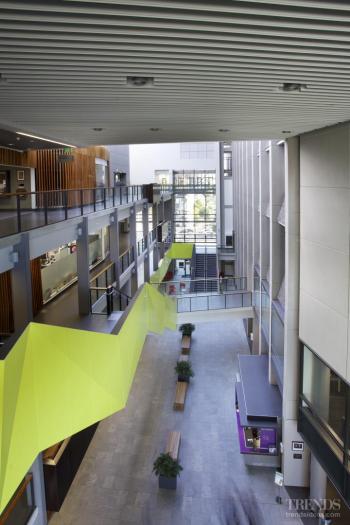 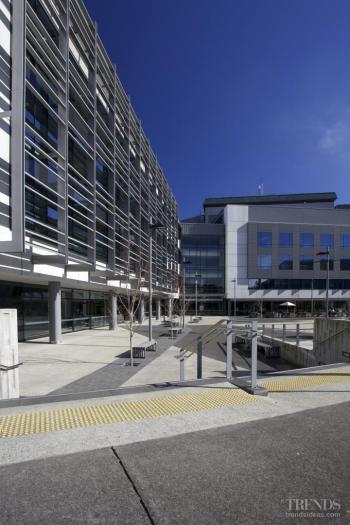 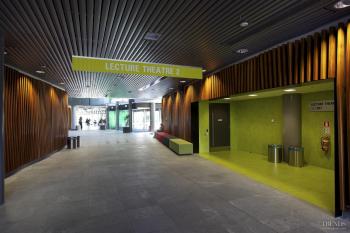 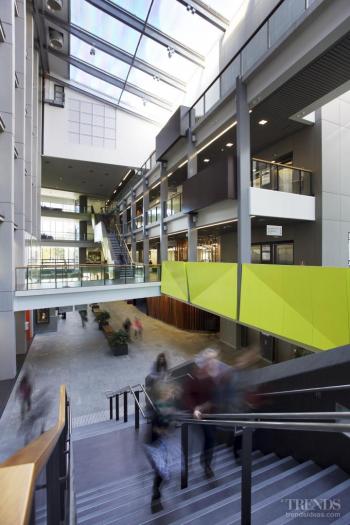 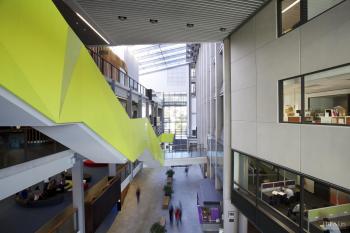 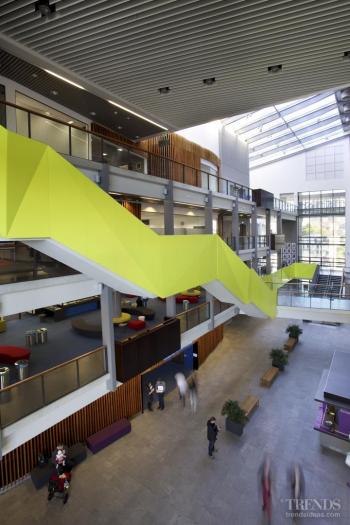 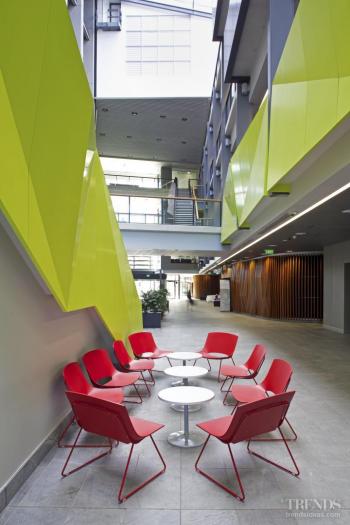 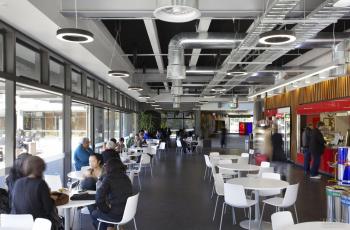 "The new building and the extension gave us an opportunity to soften the harsh exterior of the campus and give it a more humane aspect," says the architect. "We picked up on the existing material palette, which is mainly concrete and glass, and introduced zinc as a visually soft alternative for two of the elevations.

"Fixed aluminium louvre sunscreens help to give the new structure a sense of scale. The design of the screens references the pattern of marching columns on the north face of the adjacent building. Coloured LEDs within the screens create a random pattern by night, reminiscent of DNA strands."

The campus was also completely reorganised on the interior, says the architect.

"We moved the students down to the lower levels of the buildings, and positioned the research facilities at the top. The atrium has effectively become the heart of the campus, a focal point that resolves the issues of identity."

A stairway winds up the atrium and sky bridges crisscross the space linking the new with the old, and providing opportunities for social interaction. The balustrade is a fluorescent yellow green, a colour accent repeated in the portals to the new lecture theatres on the ground floor, and elsewhere throughout the building.

"We wanted to promote the use of the stairs," says the architect. "It provides a way for people to engage with and activate the entire space, which is exactly what is happening. Staff meeting and social spaces also spill onto the atrium bridges, further encouraging collaboration and transparency."

The upper levels of the new building provide adaptable spaces for academic offices, with open spaces around the perimeter maximising daylight.

Student facilities include a new café on the ground floor of the extension that opens to both the atrium and the outdoors. A student commons and information commons are positioned on the first floor of the Boyle Building, directly opposite the library across the atrium. In areas that are not open, the partitioning is glazed to enhance visual connections.

"Modern learning is a lot more informal and group focused than in the past," says Middleton. "So we have provided plenty of places for students to sit together, with LCD screens that they can connect to their computers to share information."

Strong primary colours define various areas within the campus. These were taken from two key artworks, by Pat Hanly and Gretchen Albrecht.

Salvaged totara wood also features extensively on walls fronting the atrium, in keeping with the need for sustainability. Middleton says the irregular patterning of the totara fins responds to the existing facade's angled spandrel panels and the shadows they cast.

Other sustainable design initiatives include the use of natural ventilation in the atrium, chilled beam air conditioning, high-performance glass, extensive insulation and the use of recyclable materials. The campus is also built on a brownfields site, is close to public transport and has ample bicycle parks.