From the street, this remodeled home blends with its traditional neighbors, while the interior is a clean and modern contrast

Remodeling an old home offers a variety of opportunities, from creating a completely new style of home to retaining the original character, but with a few subtle adaptations to suit a more modern lifestyle.

Architect Jan Gleysteen and his wife saw and admired a two-story 1910 shingle house that had originally been built as accommodation for farmhands. While the house was fairly small and simple in its internal layout, the exterior was rich in architectural detailing. Trim boards ran horizontally under windows, rafter tails were all carved and the original wrap-around porch was still intact.

"We appreciated the charm of the house and saw its potential. It was somewhat small for this affluent neighbourhood, but full of wonderful detail," says Gleysteen.

"Our objective with remodeling the house was to fit it into the neighborhood, so it would look like a 1870s Stick-style farmhouse, with a front porch, flag, and a lawn that blended with the neighbors' lawns. We wanted people driving by to think that it had always been there, as part of the historical context of the town.

"But inside, and at the back, the house completely departs from this traditional concept," says the architect. 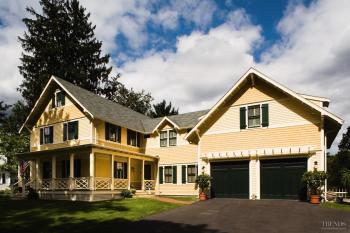 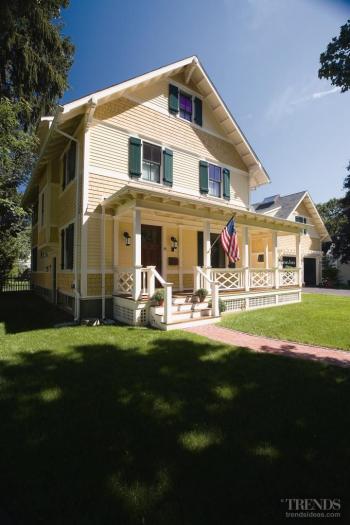 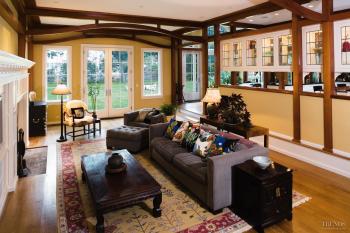 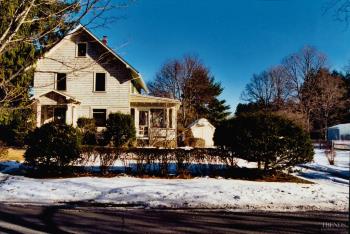 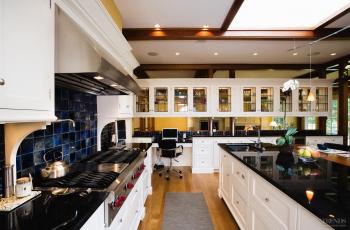 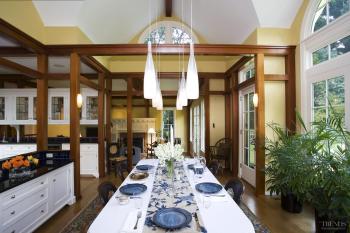 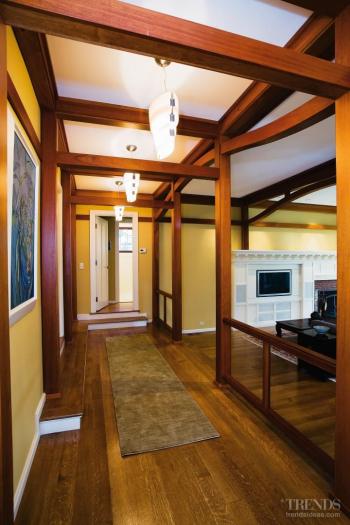 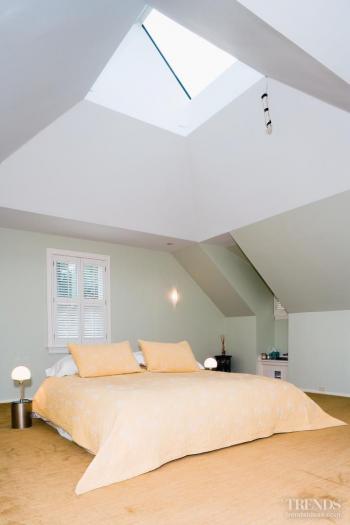 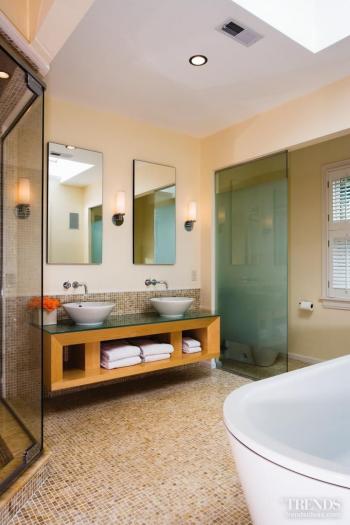 The floors of the original home had been 3ft above ground level with 8.6ft-high ceilings. The house was completely gutted, windows and sidings were replaced, and it was reinsulated and replumbed. A two-car garage was added to the right of the front door, connected to the house by a new wing. The ground floor additions are on three levels, with the family living area and library at the lowest point, one step above the outside ground level.

A dining room in the middle is flanked on either side by a library and a family living area. To create a strong connection with the garden, all these spaces open to the outside through French doors.

"We created an interior landscape of terraces, stepping down from the kitchen and galley into the library and living areas, establishing a smooth transition to the level of the garden," says Gleysteen.

Stepping the floors down allowed the height of the rooms to increase from 8.6ft in the library to 10.6ft in the family room. As a result, this area feels dramatically bigger than the other spaces.

Inside, particularly in the post and beam work that threads through the ground level, Gleysteen says he was influenced by the American Arts and Crafts movement. Two brothers, Greene and Greene, working in California around 1900, were leading practitioners of this architectural style.

"The post and beam work introduces some of the Arts and Crafts spirit into the house. More practically, it also creates a large, lofty, living space where all the rooms are connected, but at the same time separated by a grid of mahogany posts and beams.

"This dematerialized internal structure provides a modern contrast to the traditional exterior," the architect says.

Much of the post and beam work throughout the ground level is structural, replacing walls and supporting the upper levels of the house. It also helps seamlessly knit the old part of the house with the new.

Ceiling treatments provide differentiation between spaces on the ground level. A huge skylight dominates the ceiling in the kitchen, while the high, domed ceiling in the dining area captures the concept of a Japanese tea pavilion. In the family room, curved wood beams add an element of individuality.

Connecting all these spaces is a gallery – the spine of the home – that runs between the garage and the front entrance. A wall on one side shields the living spaces from the street and conceals a private stair leading to the master suite on the second level, while living areas are on the other side of the post and beam work.

"Light from above has a special quality, and it changes depending on the time of day. It is much softer," says Gleysteen.