In for a surprise

In for a surprise Discover this article's resources 0

While the old villas that line the streets of many of our older suburbs are generally considered to be very lovely, those who live in them may dispute their practicality for modern living. Most villas were built to face the street, with little or no regard for the sun, natural light or indoor/outdoor living.

The owners of this double-bay villa, builder Cameron Ireland and interior designer Rachael Newnham, loved its inner city location and the pretty appearance. But they also wanted a home that was contemporary in flavour, light-filled and had large, open spaces suitable for a young family and for entertaining friends.

"The house was divided up into lots of small rooms, whereas we wanted a house with fewer, but larger, spaces," says Ireland.

They asked architect Graeme Campbell to draw up a concept plan that addressed these issues.

Because of the property's Residential 1 zoning, the front of the house could not be altered, so it was tidied up and a garage on the side removed. At the back, an old, covered deck, perched high above the garden, was demolished and the rear of the house was extended. At the same time, the garden was landscaped and a pool added. 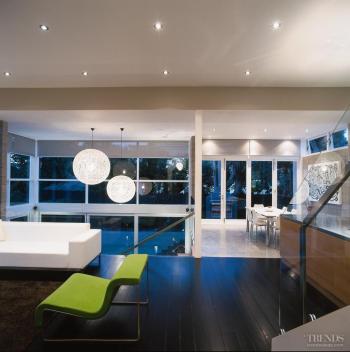 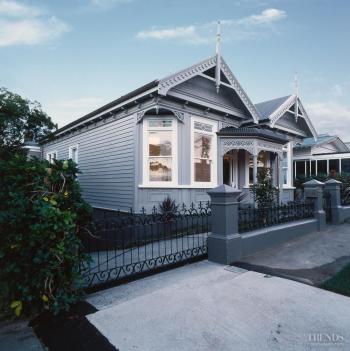 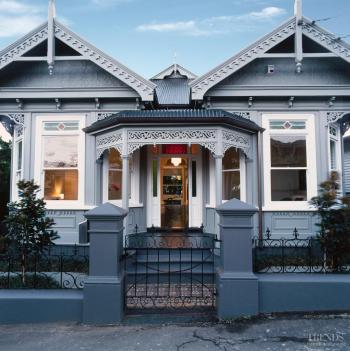 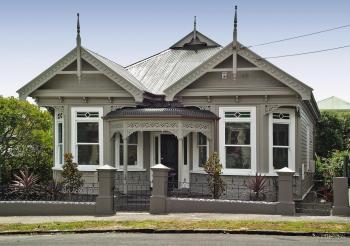 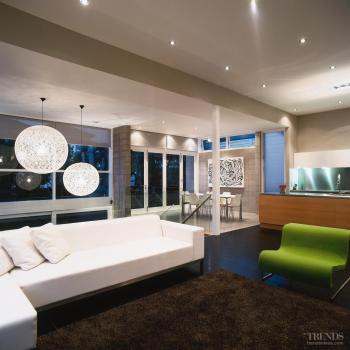 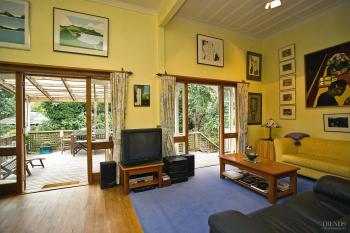 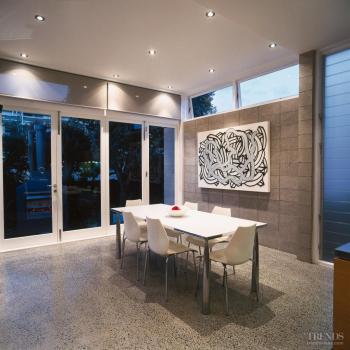 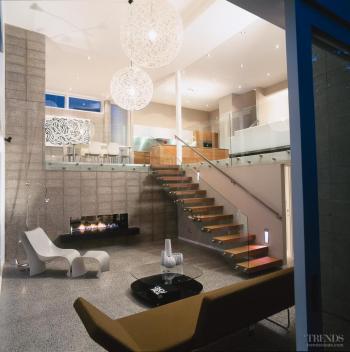 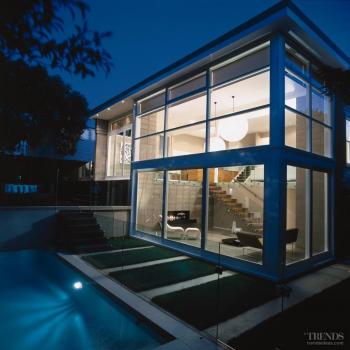 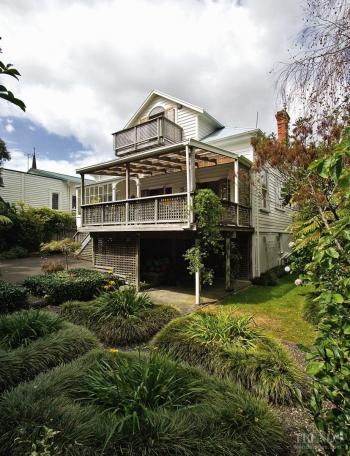 "This renovation makes a far better response to the site than the original villa. The house now engages with the back garden on two levels, and it has large, open living spaces that are flooded all day long with light and sun," says Campbell.

Inside, the style of the house changes just past the original decorative arch halfway along the hall. Bedrooms at the front of the house have been renovated to retain their villa flavour. Where possible, the ornate pressed tin ceilings with decorative centrepieces, and the wide skirting boards, architraves and scotias have been restored.

"From this point onwards, there is a clear change in style and materials. We wanted to establish a clean break between the two areas," says the architect.

The old living room, kitchen and dining areas at the back of the house were gutted and, together with the extra space that's been added, they now form a single, large, open-plan living area on two floor levels. At the main level are the kitchen, living and dining areas. French doors open from the dining space out to the garden.

Because of the slope of the site across the rear of the property, and to provide the best possible connection with the garden, the site was excavated, creating space for a second living area on a level lower than the main house. Glass doors slide away, opening this living space out onto the garden and pool.

The ceiling extends across both these living areas, giving the lower space an atrium-like feel. With only a glass balustrade separating the two spaces, they have a strong visual connection.

A 5.5m-high wall of windows and sliding doors, stretching across the entire north-facing back wall of the house, brings in plenty of light and sun. Louvre blinds and trees on the back boundary of the property help control solar gain.

The excavation also provided space at the back of the house for double car garaging with internal access.

Ireland says a change in materials was used to define the transition between old and new.

"We did not want the addition to look like an alteration, but to read as a completely new space," he says.

In the original part of the house, matai floors were retained and stained black and walls were painted. The polished, raw concrete block walls and polished concrete floors in the new space provide a clear demarcation between the two. Steel beams are concealed in the ceiling and used in place of supporting columns or walls to keep the living areas open and uncluttered.

The interior designer has used a neutral colour scheme to draw the new and old together. Grey concrete floors and walls in the new area tone with walls in the existing house that are painted in Resene Tea. Timber kitchen cabinetry introduces a touch of warmth to the space.

"These tones keep the space very minimalist, while the decorative architectural features in the original parts of the house are enhanced by a more subtle approach to the detailing," Newnham says.