In character – colonial house is rebuilt

In character – colonial house is rebuilt Discover this article's resources 0

One of the best ways to help ensure the authenticity of a traditional home is to resist the urge to overembellish.

This house, on an idyllic waterfront site, was rebuilt to capture the understated charm and character of a traditional American Colonial farmhouse of the 1830s.

Glenn Gissler, the interior architect who worked on the project with architect Gregg DeAngelis, says the original house had more of a 1950s suburban colonial look.

"It was rather ordinary, with an outdated sensibility," Gissler says. "The rooms were organized in a very traditional way that didn't work for modern living. The owners, who are active empty-nesters, wanted a house with all the charm and character of an older home, but with modern conveniences. It was important that the house had a charming, friendly and inviting presence – it needed to reflect the personalities of the owners themselves."

Gissler says the footprint and some aspects of the original house were retained, including the basement and two large fireplaces. But essentially the house was rebuilt in a more authentic architectural style that fits in with other historic homes in the district. 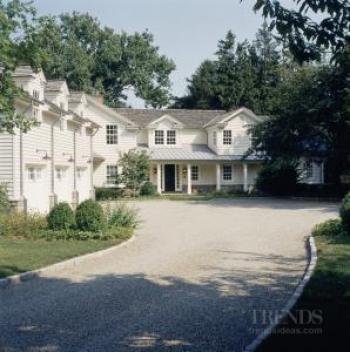 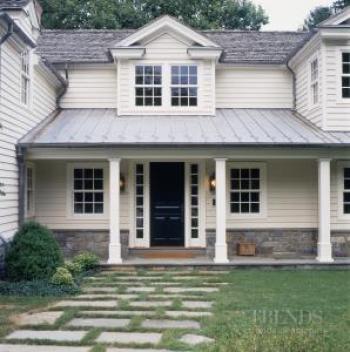 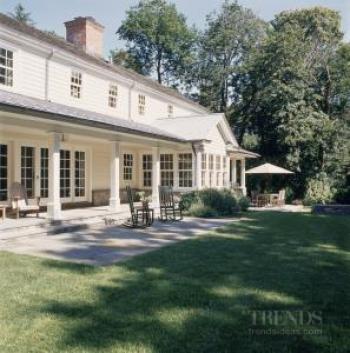 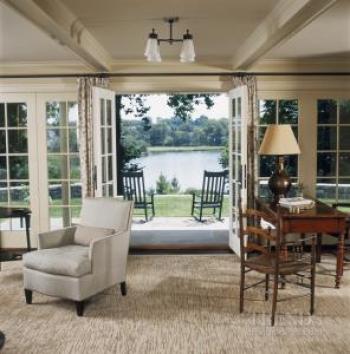 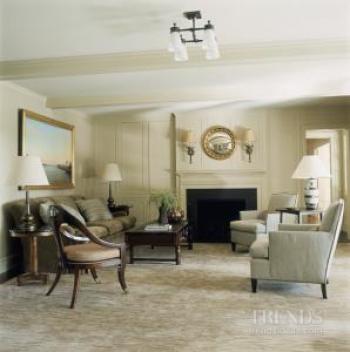 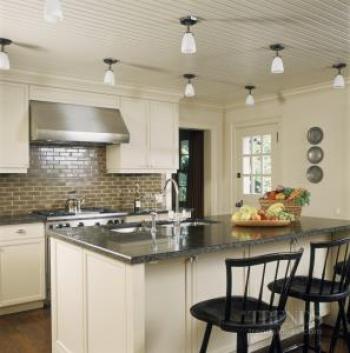 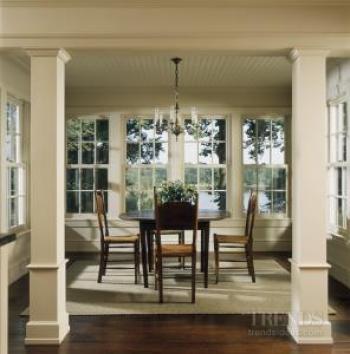 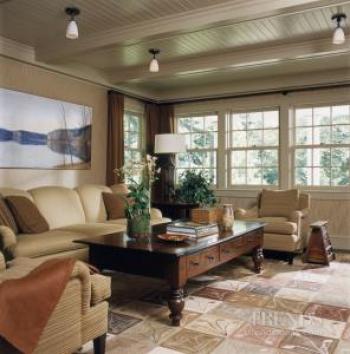 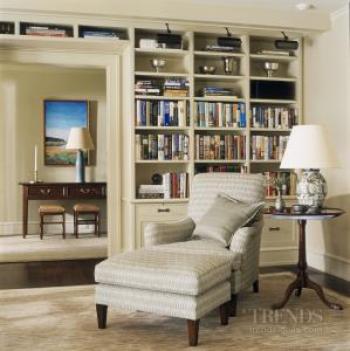 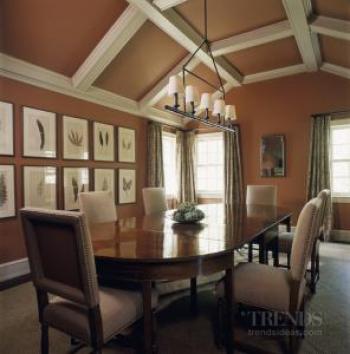 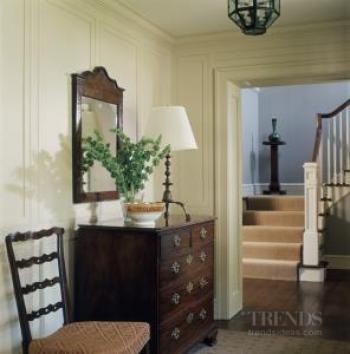 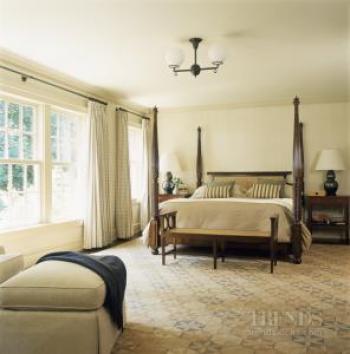 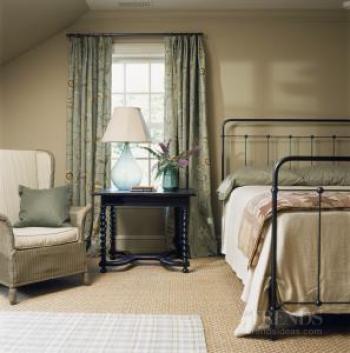 "This project was all about restraint," says Gissler. "In terms of curb appeal, the owners wanted an understated house, not one with a big ego. Although at 6000sq ft the house is large, it appears more modest. And it's hard to date – it looks as though it could have been built in the early 19th century, with later additions."

The traditional character is reinforced by the materials – painted wood siding, a base of fieldstone that helps to ground the house visually, wood shingles and metal raised seam roofing. Dormers, galvanized metal lights and a large porch entry also reference the era.

"It's a very unpretentious design approach, which suits the location," the designer says. "The driveway is gravel and even the pathway to the front door is informal, with flagstones set in grass."

From the front entry, there is a spectacular view straight through the house to Long Island Sound beyond. The view of the water is framed by mature trees and enhanced by the traditional double-hung windows and French doors.

"The layout of the house was determined by the view," says Gissler. "The rooms where the owners spend the most time all open out to the water.

"The breakfast room, for example, pops out and has windows on three sides, so the owners can enjoy the view while they are having breakfast. Two columns create a sense of separation from the kitchen.

"This room is almost Shaker like in its simplicity. There are no window treatments and no ornate mouldings – the chandelier is the single decorative element in the room."

The breakfast room, kitchen and television room all feature traditional painted beadboard ceilings. While not structural, large beams add to the authenticity. The beams and ceiling have a glossy paint finish so they appear to shimmer in the natural light that floods inside.

"The owners spend a lot of time in the kitchen, which also has a cozy seating area with a fireplace," says Gissler. "A great room would have been too monumental in this house. And it would not have been as friendly or welcoming."

The formal dining room projects out one side of the house. Because this volume is a single story, the room has a vaulted ceiling that is painted, like the walls, in a rich earthy red shade and contrasted by cream trim.

"Painting the ceiling the same color as the walls was a way to add a little drama," says the designer. "The light-colored trim and the white mats and glass on the antique framed leaves on the wall all help to reflect light. This room is all about intimacy, rather than the view."

The living room continues the restrained approach, but with an added element of refinement. Like the entry, the room features wall paneling with simple mouldings.

Gissler says local building codes prevented raising the ceiling heights. While initially this was of great concern, the end result gives the house a more humble, authentic look that is consistent with the historic colonial character.

The interior also features many antique furniture pieces and accessories. These are arranged in a very edited way to evoke the feel of a bygone era, rather than to re-create a particular period, says Gissler.

"We looked high and low to find these pieces. They give the house a very comfortable, lived-in feeling as opposed to slick, new pieces that would not have been in the spirit of the house. Similarly, the upholstered furniture was custom designed and manufactured especially for the house.

"Essentially, it's a very tranquil, private residence that expresses the personality of the owners – the warmth comes directly from them."