Home away from home

This residence, located on a tight site between closely spaced beach homes, respects the tones of the locale by the use of technically advanced materials

Home away from home Discover this article's resources 0

Weekend homes are often built to provide homeowners with an alternative lifestyle. Mostly, they are in enviable locations and are places to relax, refresh and unwind from week-day routines.

But building a retreat is not only about finding an idyllic location and servicing the homeowner's needs, it's also important to understand and respect the environment and reflect the surrounding landscape, says architect David Gray of David Lawrence Gray Architects.

"A beach home, such as this, presents its own set of peculiar challenges. Firstly, the corrosive nature of sea air and salt water means materials used had to withstand the constant assault of the elements," says Gray. "And because of the steep, narrow site and restrictive building codes, design options were limited. The technology used during construction was more of a defining element than the design of the home itself."

The house comprises an elongated, steel-framed structure, supported by three-foot-round, poured-in-place concrete pylons, which are drilled into a bedrock base providing stable support.

"As a barrier to the corrosive effects of the salt, we used a specialized paint that was developed for use on off-shore oil rigs," says the architect. "Steel framing provides a relatively light load for the pylons, plus it gives the desired element of flexibility in this earthquake-prone area." 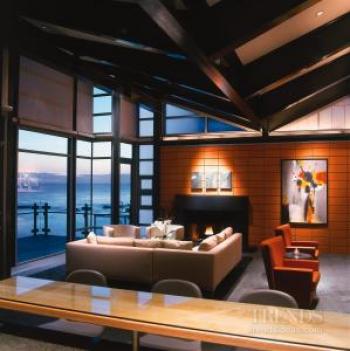 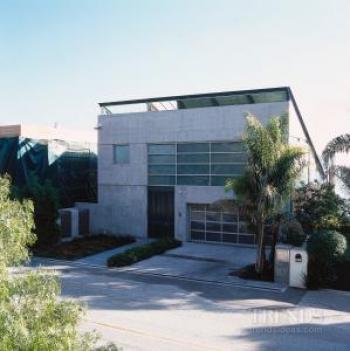 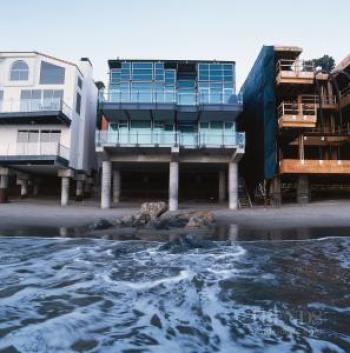 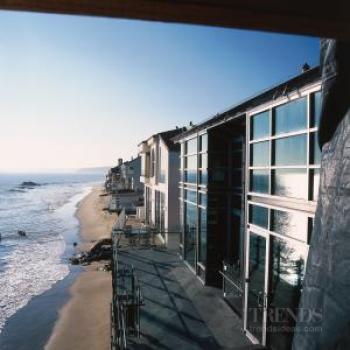 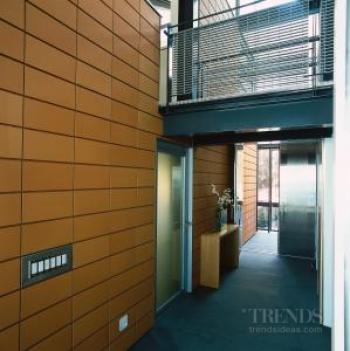 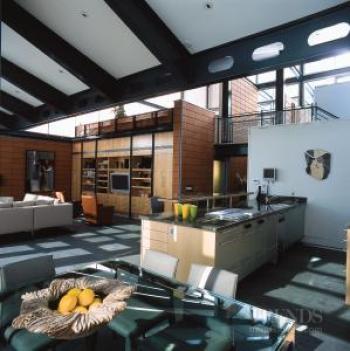 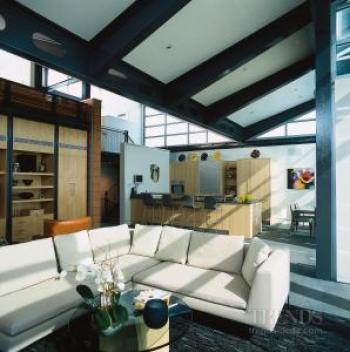 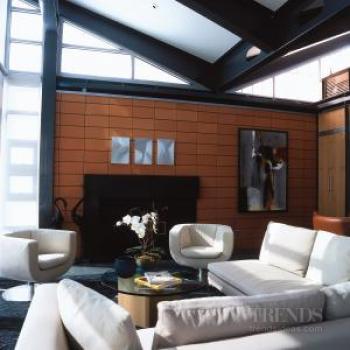 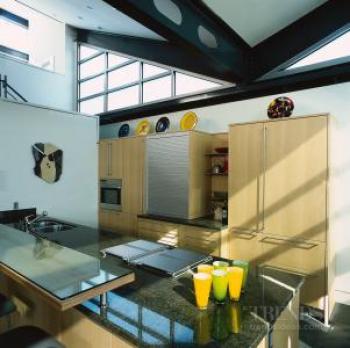 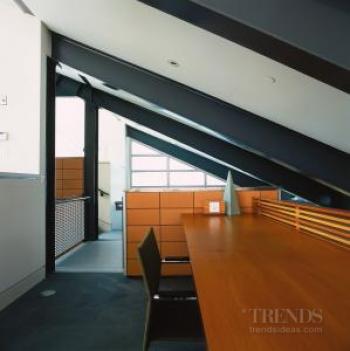 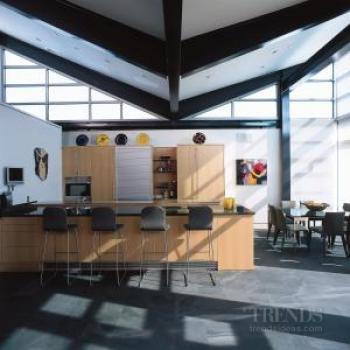 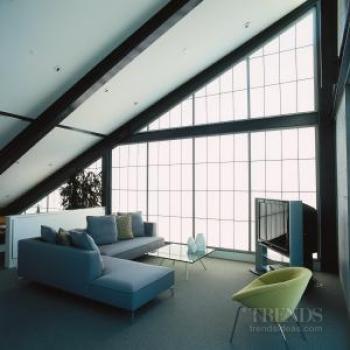 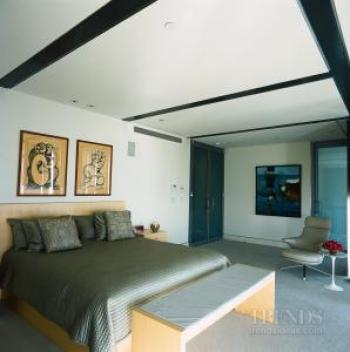 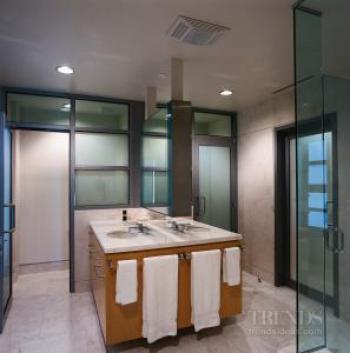 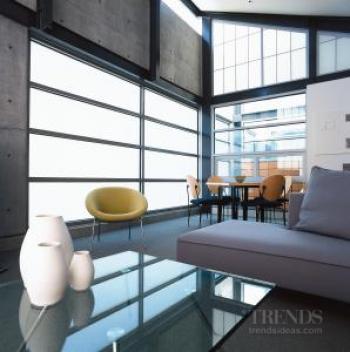 Strict county building constraints dictated two separate roof levels – one, as seen from the street, the other from the beach. To maximize both the internal ceiling height, plus allow for the greatest area of glass facing out to the ocean, Gray opted for an inverted ceiling pitch, or a butterfly roof, as it is more commonly known as.

"I'm very pleased with the manipulation of light in this home. We've not only maximized the panoramic viewing area, while maintaining privacy, we've also created an environment that capitalized on the passive heating properties of the sun's radiation," says Gray.

The owners of the house, who use it mostly as a summer getaway, requested an unassuming street frontage. It was therefore kept simple and understated. Materials were chosen to provide a protective yet unobtrusive facade.

The street level entrance is positioned at the center of the this three-story home. To the left of the small entry hallway is the housekeeper's bedroom. The main living, dining and kitchen open out, further down the hallway, on the same level.

Sea-green-colored stone floors, imported from England, reflect the tones of the ocean. They also provide a durable and maintenance-free surface for all rooms, except the master bedroom, which is carpeted.

Interior designer Audrey Alberts, who worked in a harmonious collaboration with the client on this project, says the visual effect of the floor is akin to that of an infinity edge swimming pool.

"As you walk into the living area, you don't see the sand, just the ocean," she says. "The floor feels continuous with the water."

The color palette of the interior was kept relatively restrained, so as not to compete with the ocean view.

"The house is fairly quiet in color, though very rich in materials, like granite, leather and limestone," says Alberts. "A variety of neutral colors were chosen to mimic those found outside, and then brighter colors, rich leather and artwork serve as counterpoints to the nature-inspired palette."

Furniture, although carefully selected, was also kept to a minimum, so as to accentuate the home's light-filled spaciousness. Likewise, when it came to designing the kitchen, judicious consideration was given to space planning.

"The kitchen is small and functional," says the architect. "The homeowners didn't want to spend their holidays laboring in a large kitchen. Although it is suitable for its purpose, it is less of a priority than the recreational and living areas."

On the upper levels of both sides of the house, large triangular, opaque window panels provide privacy from neighbors – not even shadows can be seen from the outside. These windows are not made from glass, but a translucent fiberglass product that has the added function of providing thermal insulation.