With small rooms and poor connections to the outdoors, many historic homes benefit from a 21st-century makeover, in which light, space and connectivity are the order of the day.

This majestic coastal home began life in 1892, with a servants wing added in the 1920s. Most recently, a substantial remodel to the house, annex and the connection between them was designed by architect Rob Carty of TMS Architects.

Carty says the owners wanted to restore the home's original charm and improve access to the wing, while giving it a similar aesthetic to the house for a more inclusive appeal.

"To achieve this, we replaced missing external stonework on the house, using new stone from the original quarry, and refinished the detailing, right down to the intricate diamond window patterns. The wing's exterior has also been reworked to match the main house."

The owners lived in the house for many years before remodeling, so had a clear idea of what they wanted. While the family had used the bedrooms of the main house, they found they spent most of their time in the less formal kitchen, dining and family rooms of the addition. 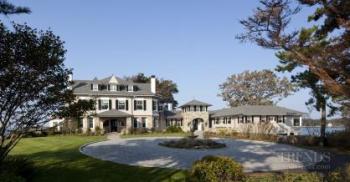 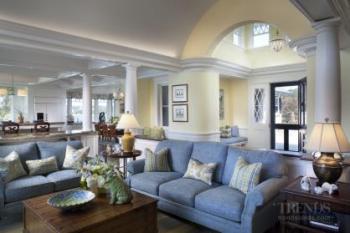 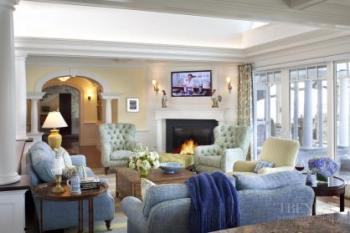 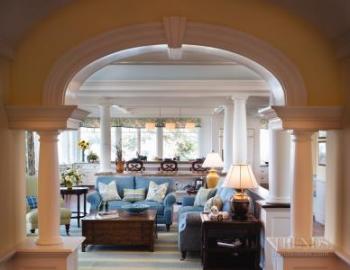 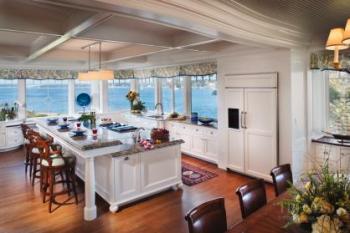 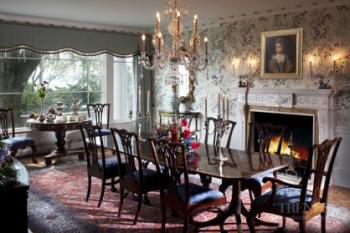 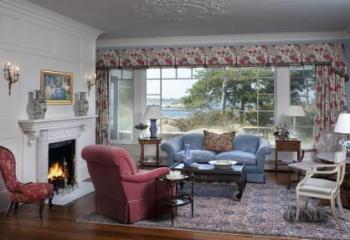 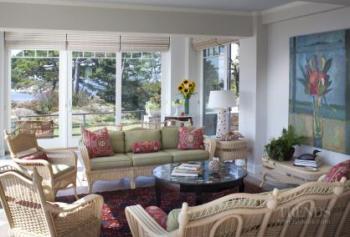 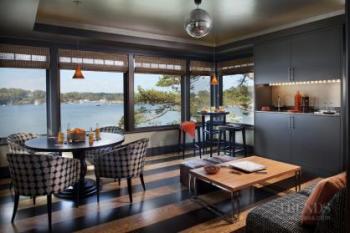 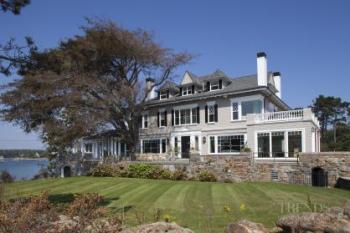 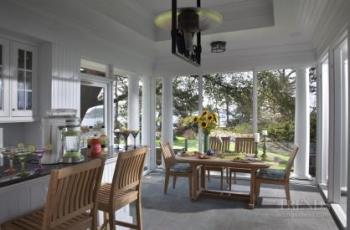 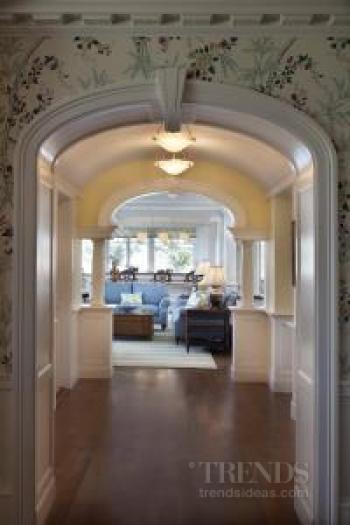 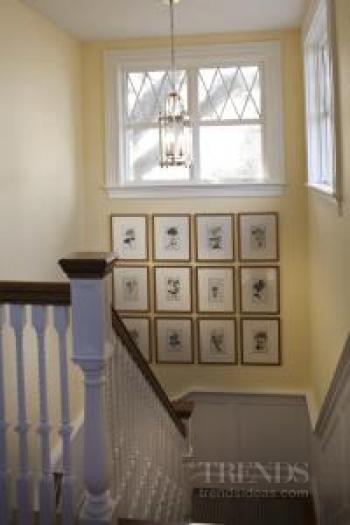 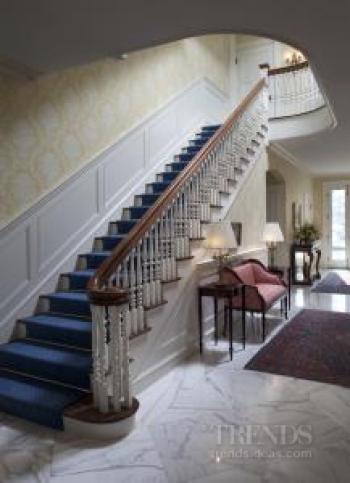 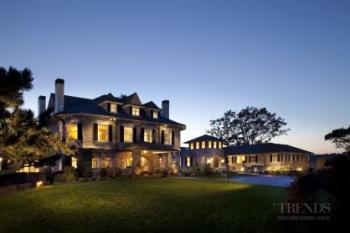 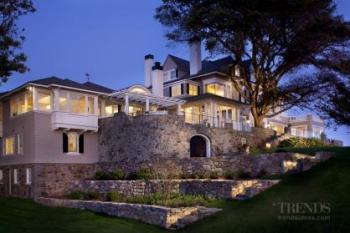 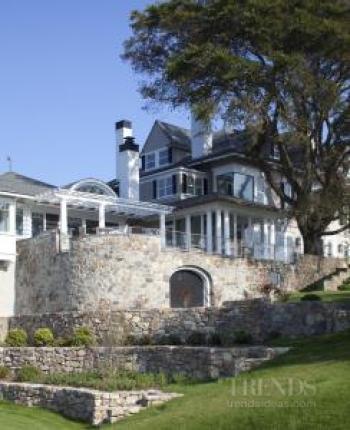 The layout of the house remains much the same, but features such as paneling and fireplace surrounds were restored and a circulation stair moved to improve flow.

"We also transformed the connection to the wing, turning a narrow passage into a broad hall with arches and columns, in line with existing elements in the formal living and dining rooms," says Carty.

The architect also introduced a new two-story tower entry to the extension. This brings visual balance to the overall composition.

Designed along utilitarian lines for use by the servants, the 1920s extension had suffered from cramped living spaces and limited connections to the water views. To address these problems, the wing was redesigned and rebuilt with open-plan interiors.

Dustin Corbett, project manager for builder Windover Construction, says with so much work needed to bring the extension into line with the house, his team needed to raze the first floor, making the substantial project more like a new build than a remodel.

"Construction access to the coastal side of the home was also tricky. The house and wing were temporarily separated, with a lane built in between."

The upper level of the extension now accommodates a family room, media room and teenagers' room, while the new kitchen is positioned by the windows, on the ocean side of the home. Although the layout is contemporary, the new detailing includes crown mouldings, pillars, cove ceilings and archways modeled on the interiors of the main house.

Designer Michael Cebula says that, as with the exterior, one aim for the decor was to integrate the two parts of the home.

"Between the owners, the architects, Windover and ourselves, we were able to meet this challenge in a relatively short time frame."

To add the functionality required for the young family, the wing was transformed. In the great room, a softly vaulted ceiling was introduced. This is painted gray blue, to reference traditional New England porch ceilings.

"This is the room the family spends most of their time in, so we chose comfortable, relaxing furniture," says Cebula.

With the warren of small rooms reconfigured into an open-plan layout to take advantage of harbor and ocean views, the kitchen became a focal point.

"TMS designed a beautiful trim detail, which Windover executed so well we wanted to ensure the furnishings didn't take away from the craftsmanship – or the view. We devised a simple eased valance to outline the windows, thereby reintroducing the overall scheme into the kitchen and dining room."

For a new teenagers' living area, the designer introduced a durable, quiet cork flooring. Cebula worked with TMS to simplify the detailing to create a contemporary look. This room has a game table, wet bar, and faux metallic painted ceiling.

"For the original home, the decor is more subtle," says Cebula. "Old mantels were missing in the formal living room. Working with TMS and Windover, we were able to reinstate these architectural details. The owners loved the original Brunschwig & Fils window treatments, but the fabric had suffered water and sun damage. We managed to bring these draperies back to life, repurposing what we could salvage, and updating the style. Existing furniture was also re-covered."

A hand-blocked Chinoiseie wallpaper that complements the original golden yellow marble fireplace surround was chosen for the formal dining room.

"Here, the original drapes were a bit heavy, so we redesigned the treatments to span the large window, with a soft blue silk and multicolored tassel fringe bringing out the colors of the wallcovering.

"TMS introduced an outdoor entertaining area. We chose durable teak furniture from Gloster that performs well in the sea air. The owners could easily host a seaside party in this space."

The new patio aids indoor-outdoor connections and makes the most of the location. Built from the same quarried stone as the 130-year-old residence, the arched carriage-style garage doors are in keeping with its historic character.