Working from home takes on a whole new meaning for the owners of this new property, which is on a prime corner site in Venice Beach.

Architect John and interior designer Marisa Solomon-Reed say soaring office rents on the westside prompted them to look for a site for a new office – one that could incorporate living quarters, avoiding the need for a lengthy commute.

The corner site, which is just six blocks from the beach, offered high visibility for their business. And zoning regulations meant they could build right to the perimeter, gaining more floor space than would normally be possible on a lot measuring just 34ft x 117ft.

"Relocating the business also provided an opportunity to live in an urban area where we can walk to cafés and other amenities; and it coincided with the family downsizing," says John Reed.

Seen from the exterior, the building appears to be an industrial warehouse remodel, which was intentional. 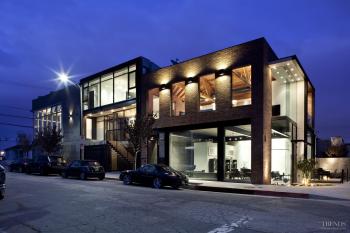 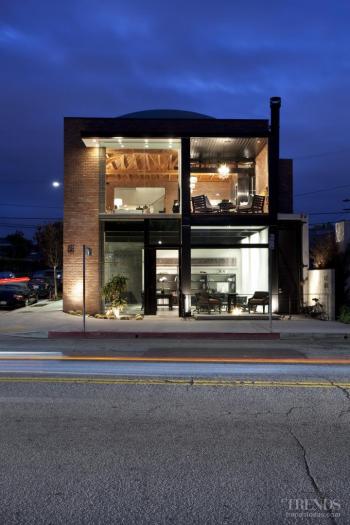 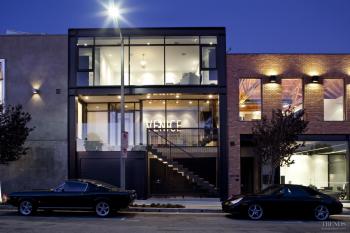 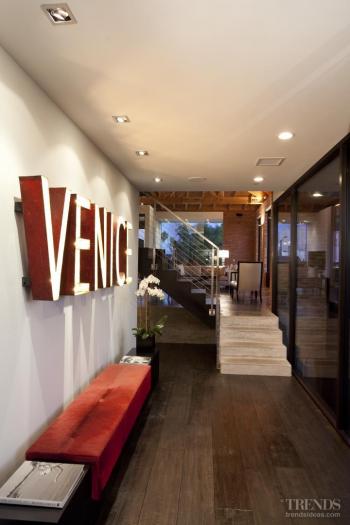 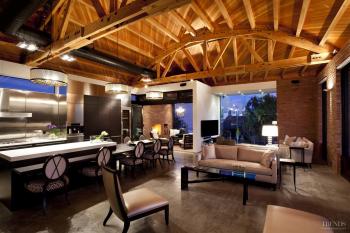 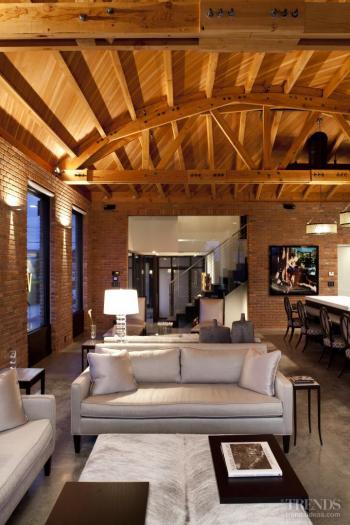 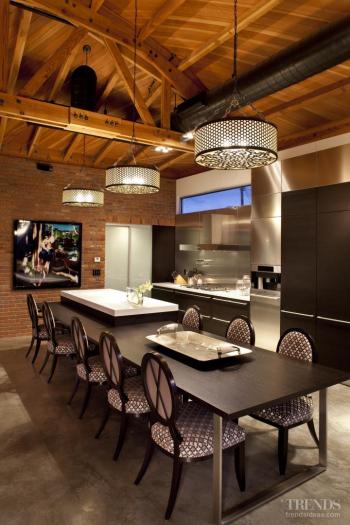 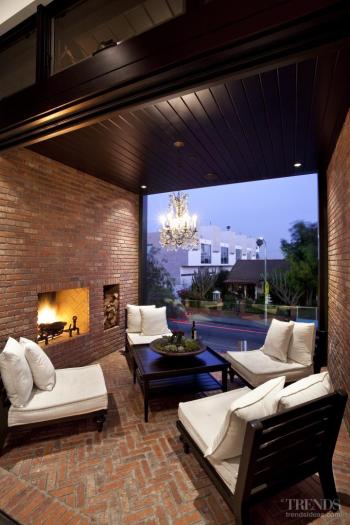 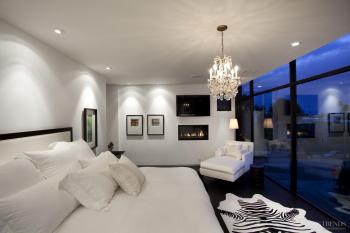 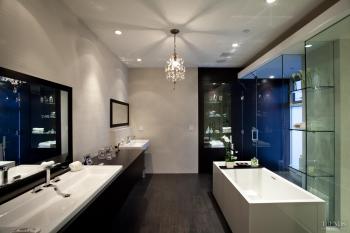 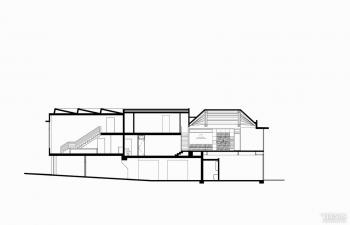 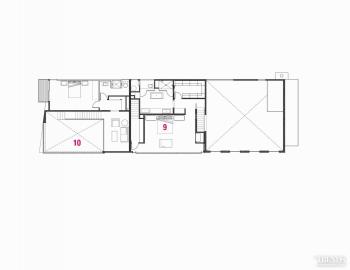 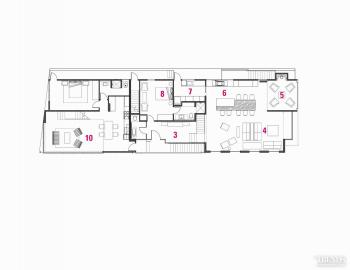 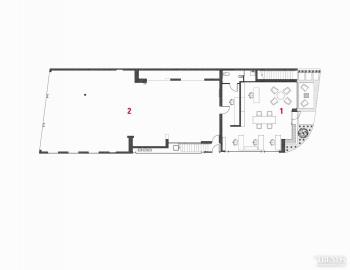 "We wanted the front to look as though it had been here a long time, possibly since the '20s and '30s when a lot of construction was happening in Venice. We also liked the idea of living in a New York-style loft space. The scale of the building and the texture and colors of the materials were all influenced by this vision."

Essentially, the building comprises three adjoining, juxtaposed volumes. An industrial brick and bronze cube with glazed storefront windows addresses the corner, and is adjoined by a modern steel and glass structure. This in turn meets a contemporary concrete, stucco and anodized aluminum volume that defines the second loft.

"The steel and glass volume appears as a symbiotic addition to the classic brick warehouse, and defines the entrance to the main house," says John Reed. "The third volume plays on the modern forms and detailing of the adjacent steel and glass structure."

John Reed says the entry to the main house is deliberately compressed, with the ceiling increasing in height in the large open-plan living area.

"This reinforces the sense that you are transitioning from the public to the private areas."

The interior is enhanced by a soaring, wood-lined ceiling that follows the curve of the roof. This is defined by two traditional bowstring trusses. Such trusses were common in buildings in the '30s.

"Compared to many modern spaces, the wood and brick create a very warm interior, even with the polished concrete floor," says the architect. "The exposed spiral ducting and architectural grilles reinforce the loft look."

A transparent glass wall in front of the stairs creates another visual element – the stairs appear to float beyond the end of the brick walls.

On the opposite side of the room, folding doors open to a semi-enclosed outdoor room with an open fireplace – with the doors open, the entire area becomes one large space.

Marisa Solomon-Reed says the kitchen was deliberately built to look like contemporary furniture. The island top, for example, is stepped to provide a dining table, and cabinets are in rift-sawn white oak with a dark stain in an espresso finish.

"Because the kitchen is an integral part of the whole room, we didn't want to clutter it up with pots and dishes. Consequently, we designed a second prep kitchen behind where food is prepared and dishes are washed – all out of sight. This room also incorporates a large oven, sink, dishwasher, refrigerator and laundry appliances. A steam oven and speed oven are in the main kitchen."

Other rooms on the first floor of the main house include a bedroom. The master suite on the top floor continues the sleek contemporary lines of the kitchen.