Formerly a simple Spanish bungalow, this house takes on a sculptural look with a series of soaring volumes that define the new spaces within

In years gone by, houses were often designed to a particular formula or style. Whether they suited individual owners was largely irrelevant – people simply accepted the status quo and tailored their living arrangements to suit.

This house, owned by architect Doug Teiger, was a typical quaint Spanish-style bungalow – small, compartmentalized, and lacking a separate entrance.

To better suit the needs of a growing family, Teiger designed an extensive transformation, which included a well-defined entrance and the addition of a second story. One defining element of the original house that was retained, however, was the rectilinear arches along the front of the house.

"These create a contemporary porte cochère, but retain a link with the original house and the surrounding bungalows in the neighborhood," he says.

Using a combination of materials on the exterior highlights the different volumes within the structure – each of which defines a particular space within the house. The use of weathered zinc, Redwood siding and stucco also reinforces the idea of a contemporary, sculptural composition, says Teiger. 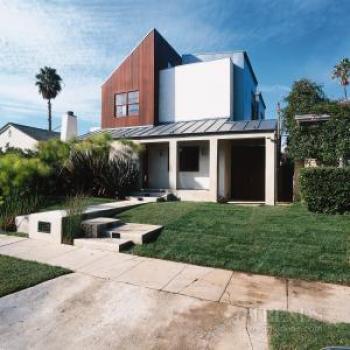 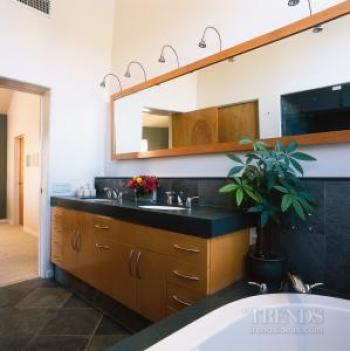 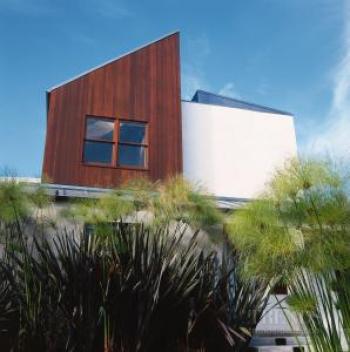 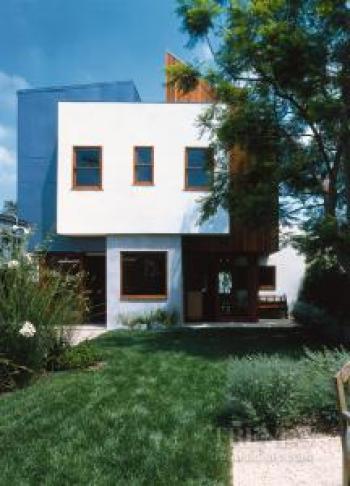 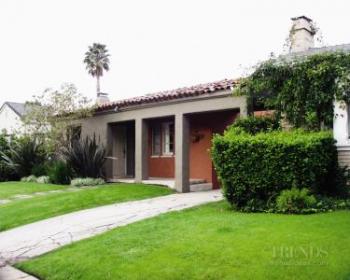 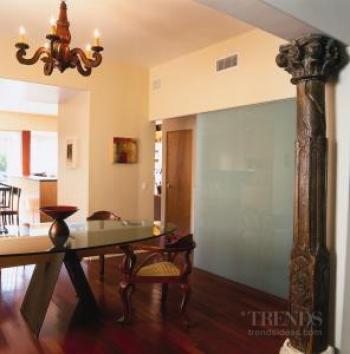 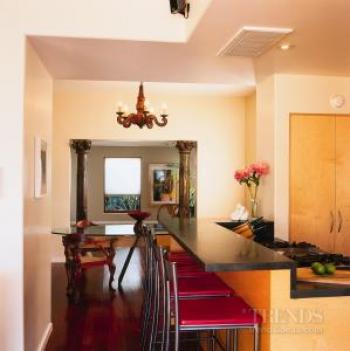 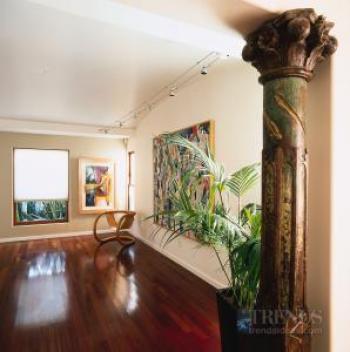 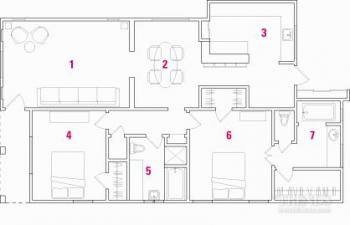 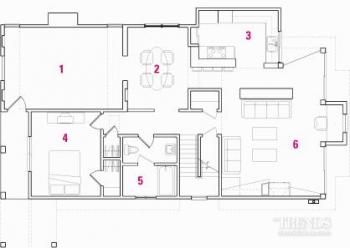 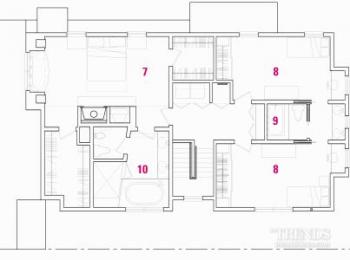 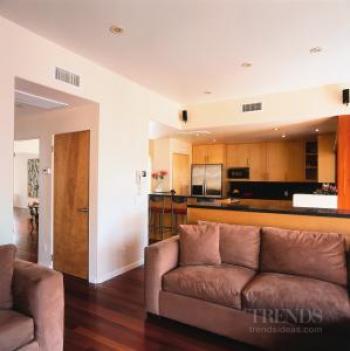 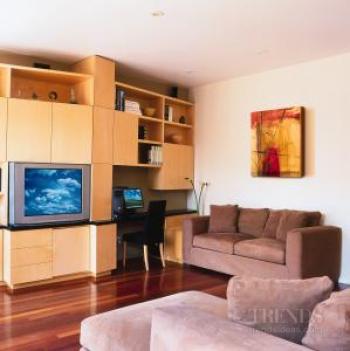 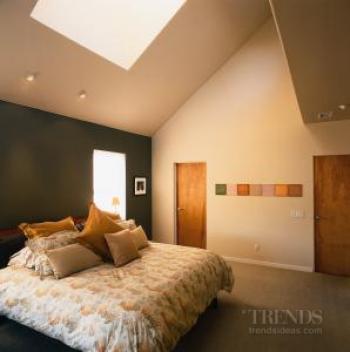 The landscaping was designed to fit with the modern lines of the house, and also has a simple, sculptural look.

To create the much-needed entrance to the house, Teiger re-defined the first-floor rooms. The original formal living room, with its front-door entry, was transformed into a gallery space, with natural Brazilian cherrywood floors, painted walls and large art works.

"Previously, visitors walked right into the living room amongst the furniture," says Teiger. "As most of the family time is now spent in the family room, we decided to sacrifice this more formal space to create a spacious gallery entrance. This immediately establishes the sense of an open, uncluttered interior."

Subtle variations in the colors of the walls also alters the way the eye perceives a space, says Teiger.

"One wall in each room is a shade darker than the others, which adds visual depth to the space. Each room has between four and seven slightly different tones."

The entrance gallery leads to the dining room, kitchen and new family room.

"An open-plan layout was essential," says Teiger. "From the kitchen, there's a line of vision through to the entrance, as well as into the family room and outside to the children's play house."

The contemporary look of the exterior is mirrored on the interior. But while the overall look is modern and uncluttered, antique columns provide a balance between the old and the new.

On the second floor, the soaring roof in the master bedroom incorporates a large skylight, which supplies natural light, and provides a view of the moon by night.

Other rooms on this floor include bathrooms, children's bedrooms, and a secret internal treehouse, tucked into the attic.