It's not always how much space you have, but how this is configured that determines a successful design.

This 1890s Victorian worker's cottage has undergone an extensive transformation involving a new addition at the rear, but the overall floor area is a fraction less than it was before. For owners Tim and Naomi Chiu, however, the change to their living environment is immense.

Architect Nic Owen was commissioned to come up with a cost-effective plan that would open up the house to the sunny rear garden. But that wasn't the only requirement, says Owen.

"These were very adventurous clients. While they were not too specific about the design, they wanted something out of the ordinary – a little work of art to live in."

The architect says the site was subject to a heritage overlay, so it was essential to retain and respect the period elements of the house. It was possible, however, to remove a skillion-roof lean-to at the rear and replace this with a highly contemporary, L-shaped extension. 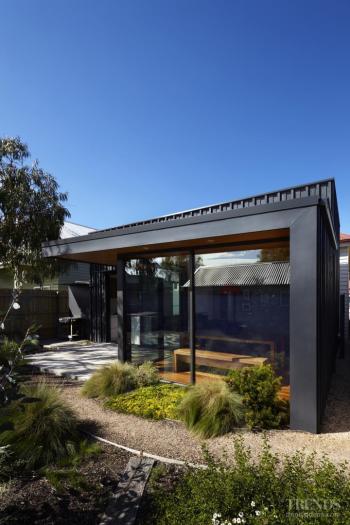 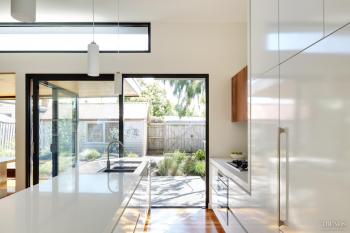 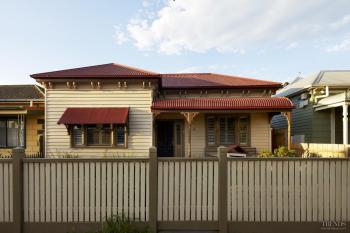 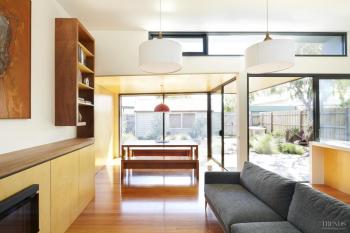 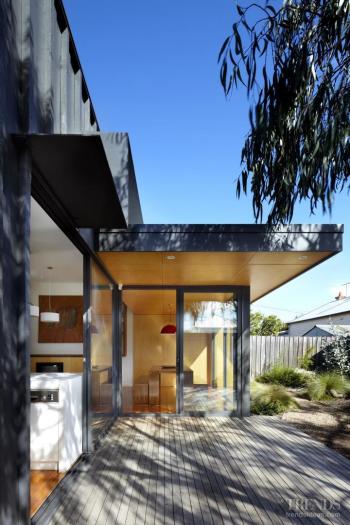 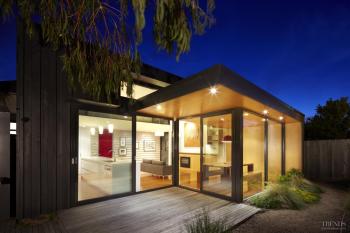 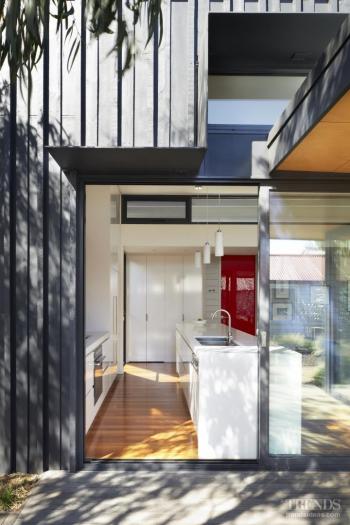 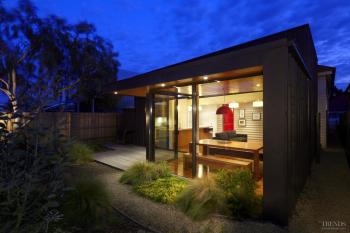 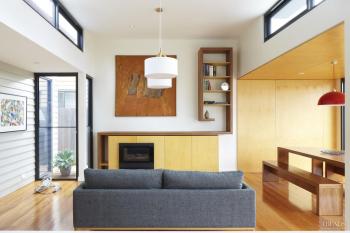 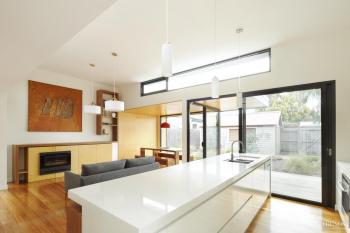 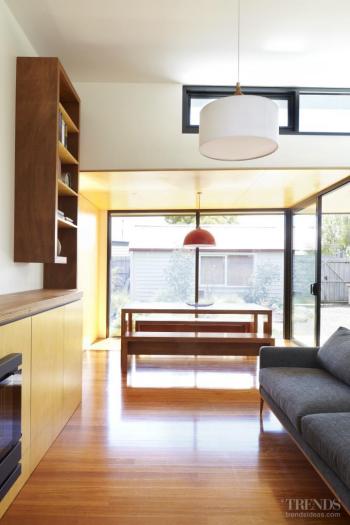 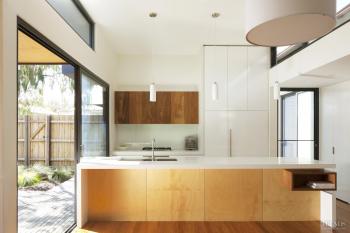 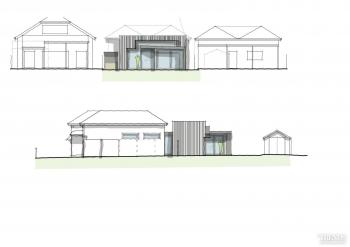 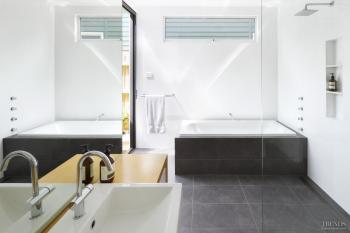 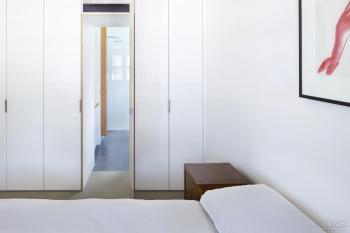 "As is the case with most original homes of this period, the service rooms occupied the best positions on the north side."

The addition was consequently designed to accommodate the family living area, which opens up to the garden. To respect both the traditional and modern architecture, the new box-like volume is separated from the original cottage by a small, flat-roofed linking element.

"There was also a need to differentiate the separate spaces within the open-plan living area," says Owen. "While the main part of the extension has a 3.4m ceiling height, the dining area is more intimate. It has a lower ceiling and is wrapped in hoop pine plywood – the ply runs up the wall and folds to form the ceiling."

This folding device is repeated elsewhere in the addition. It appears in a timber mantelpiece that folds up to form a bookcase, and the perimeter benchtop in the kitchen folds up the side of the vertical cabinets. And on the exterior, a dark-charcoal fibre cement canopy shades the clerestory windows and folds down to provide shelter above the kitchen.

Owen says although the new part of the house is not overly large, it feels spacious, due to the high ceiling and the light coming in through the clerestory windows.

"These windows also allow cross ventilation that helps to regulate the temperature inside."

To maintain the modernist feel of the architecture, the material and colour palettes are essentially limited to natural wood, black and white, with a bright red lacquered door marking the transition between old and new.

Changes to the existing part of the house include a remodelled master suite and a new. light-filled family bathroom.