Heart of the matter

Heart of the matter Discover this article's resources 0

Available space often dictates the shape of a bathroom. In some instances, functional and linear designs are necessary. However, as homes are reworked to include larger, self-contained suites, more elaborate plans, that create flow through different spaces, are providing both functional and visually interesting solutions.

In this case, the owners and designer, Judy Mozen, from Handcrafted Homes, Inc, wanted to move away from the existing linear bathroom. A design with a defined center, and branches leading to the different services, was chosen, says Mozen.

"Some elements of the design were inspired by a spa retreat in the North Georgia mountains," she says. "As you stood in the center of the spa, each door opened into adifferent area. This is a concept we applied here."

Previously, the bathroom's main feature was a tub, situated under a large window. However, it didn't relate well to the vanities, says Mozen.

"Tubs are often the central focus in a bathroom, but the reality is that they are rarely used everyday. Here, we wanted to harness natural light for the vanities, so tasks such as applying make-up and shaving are made easier." 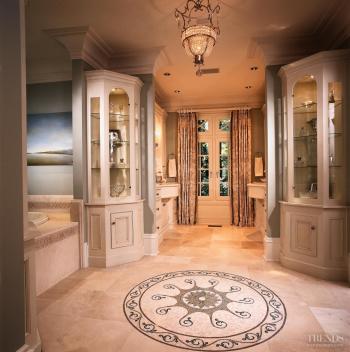 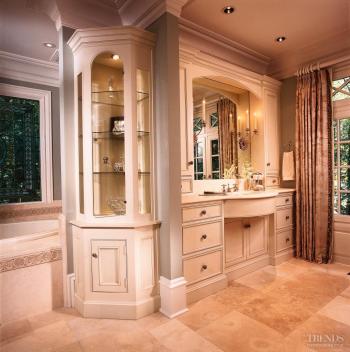 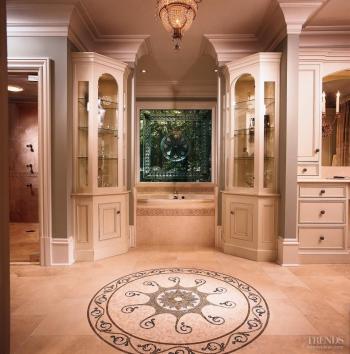 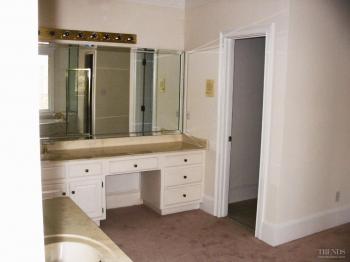 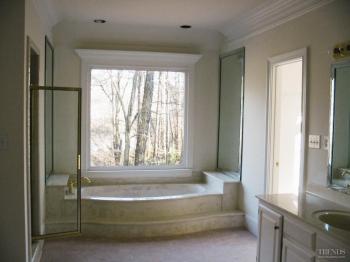 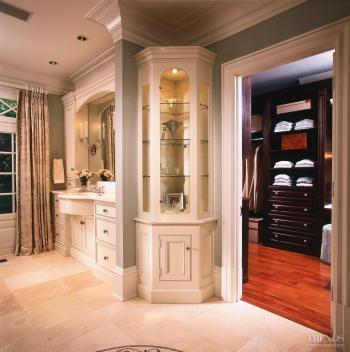 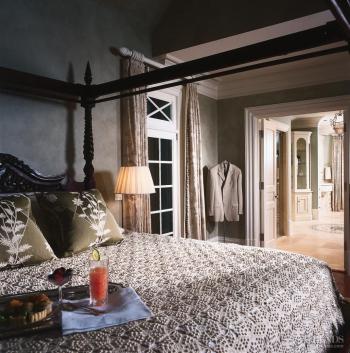 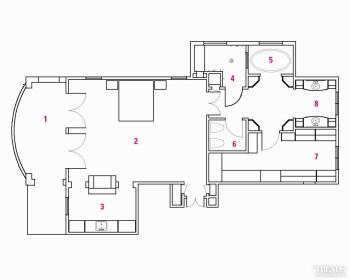 The remodeled master bedroom incorporates a mahogany-paneled kitchenette, with marble countertops, a refrigerator, plenty of built-in storage, and a freestanding armoire.

In the attached bathroom, some amenities, such as the toilet and bidet, and walk-in closet, can be closed off with doors. Also arranged around the central floor mosaic are a double-size steam shower with twin fittings, a large whirlpool tub and intricate maple cabinetry.

As well as featuring twin vanities, from Shirley McFarlane of McFarlane Designs, the bathroom includes four perfumeries that surround the central mosaic like compass points, adding to the room's symmetry.

"The cabinetry is furniture-like, and finished in off-white paint with very light glazing," says McFarlane.

"The vanities feature undermount sinks, with a rounded apron that steps back underneath. The perfumeries have built-in lighting, and glass doors and shelves, so they are not only decorative, but also functional."

These all feature green hues, chosen to complement the colors of the river that winds past the property. The bedroom's silk wallpaper and faux painting also tie into this theme.