With its hundreds of glass louvres and elliptical steel framework, the three-storey structure behind the old Chief Post Office is a glittering entrance to New Zealand's first underground train station

While the glasshouse interchange between the former CPO and the train station has a strong visual presence, it also has a role to play in ventilating the underground station. For this reason the design incorporates hundreds of glass louvres that are permanently open.

Woods Glass, a subsidiary of Thermosash, was contracted to design and supply the glazing systems, specified by Arup Façade. Woods Glass general manager Matthew Harris says the specification called for the development of rain traps and wind baffles that would restrict wind and rain from entering the interior, while still allowing the infiltration of air per hour to ventilate the tunnel.

"The glasshouse needed to be as open as possible, while still providing a dry, warm environment inside," he says.

Harris says the company employed Uniservices to assist with the design of a wind tunnel and to test the louvre systems. The wind tunnel consisted of a large, steel-based structure, 7m by 2m by 18m, which incorporated two fans with a diameter of 1.8m. These fans blew 21m3 of air per second onto a testing face. Water was combined with varying wind speeds to simulate typical Auckland CBD weather patterns.

"In conjunction with Jasmax Madayag, we executed more than 100 tests to determine the pitch of the louvres, the space between the louvres and the rain-trap configuration," says Harris. 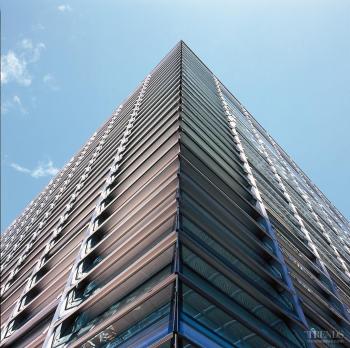 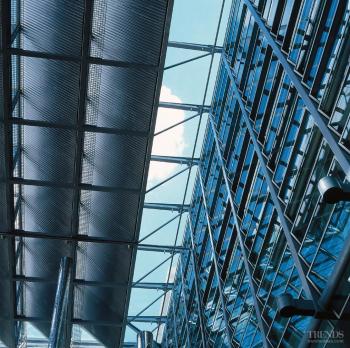 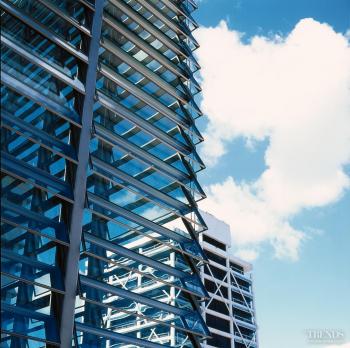 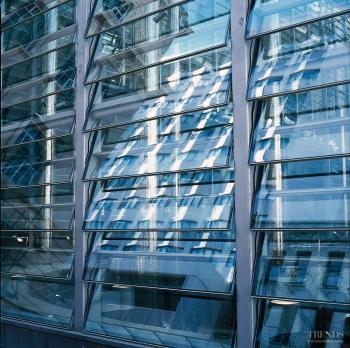 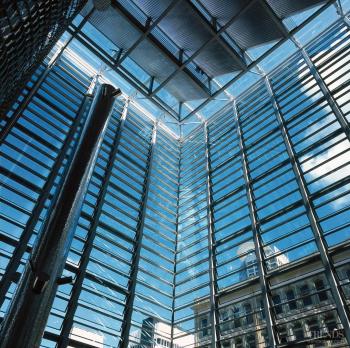 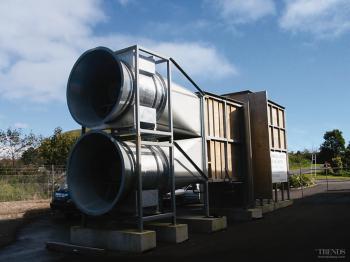 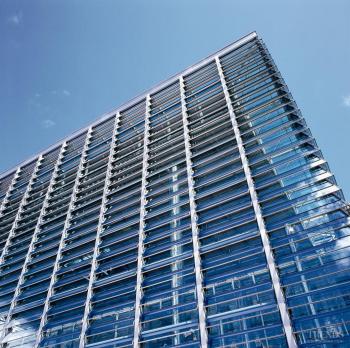 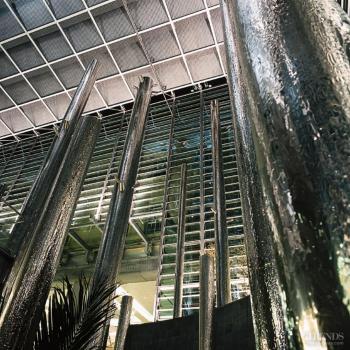 Based on the test results, a series of aluminium rain trap dies was extruded, with different configurations to cover various zones of the façade.

Woods Glass also supplied and installed the lift tower glazing, which features a frameless, bolted assembly, the laminated glass for 300 steel-framed windows and 200m2 of laminated glass for the glasshouse roof, and aluminium louvres for the atrium roof. Glass balustrading in the glasshouse, display cases in the former CPO, and frameless automatic doors were also supplied and installed by Woods Glass.

Harris says the company worked closely with Jasmax Madayag to realise the architects' vision, while delivering a fully engineered solution.