Heads or tails? The Kitty bar at Treasury Casino

Heads or tails? The Kitty bar at Treasury Casino Discover this article's resources 0

Adaptive reuse has seen many innovative uses for existing buildings, but the juxtaposition between current and former use for this historic building is more interesting than most.

The building that once housed the Queensland state treasury and premier's department became a casino in the mid '90s. The corner believed to be occupied by the premier's office is now part of a bar that has undergone a major transformation.

The new bar, known as The Kitty – designed by Matt Riley of Tonic – replaces a lager bar and a second smaller bar that were both past their use-by-date.

"The main bar did not have a particularly good connection with the gaming floor, so we needed to address this," says Riley. "And because the bars comprised a series of linked rooms that were somewhat fragmented, we had to find a way to make the new bar feel as one complete space while not demolishing the heritage character of the building. We also needed strategies to entice people into the bar directly from the street – it was not just about catering to people who wish to gamble."

A decision was made to open up one corner of the bar to the street, which was the former entry to the premier's office. And wherever possible, vistas through the interior were opened up. 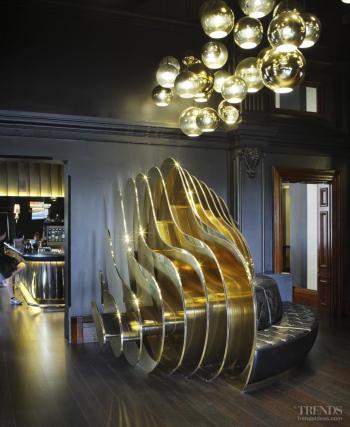 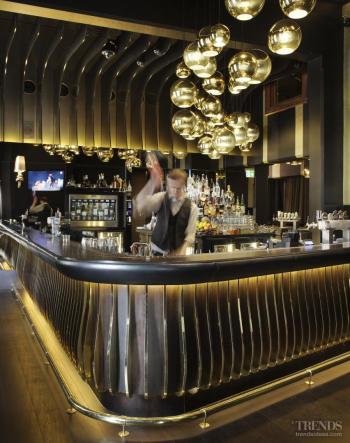 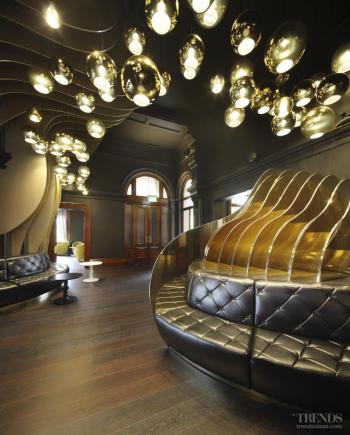 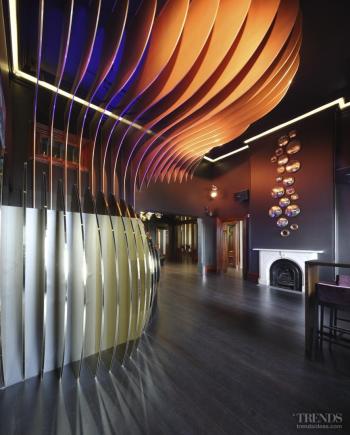 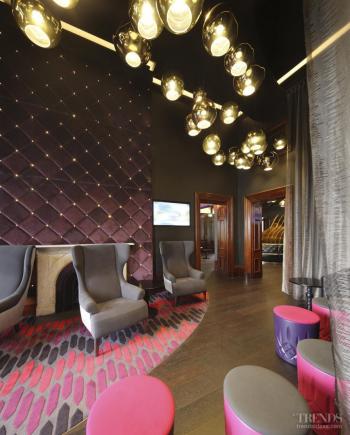 "Over time, several doors had been closed and boarded up," says Riley. "We reopened all of these to provide visual connections through the rooms and also through to the gaming floor. Being able to glimpse people in different areas of the building adds a real buzz to the bar."

Another challenge for the design team was the need to make the spaces intimate, especially with the 4.5m-high ceilings. The interior also needed to work by day and by night, and cater to the different patrons at these varying times of the day.

"We chose two key connecting devices – the lighting and the material palette, which are both designed to evoke a glamorous 1920s Art Deco feel," says Riley. "Suspending approximately 260 light fittings below the ceiling created a wayfinding device – it encourages people to follow the light, literally. We want them to explore and be enticed by what lies beyond.

"Essentially it is a dark palette with a lot of reflective surfaces in black and gold. Sculptural fin elements in high-gloss gold laminate or gold paint offer a modern take on the neo-renaissance language – they reference the rolled tops and linear proportions of the Corinthian columns, and the symmetry of the arches and cornices. The fins also visually soften the more rigid lines of the building, and create opportunities for special lighting effects. But we kept the ceiling intact, so you can still read the original heritage features."

The pièce de résistance is the entry and the bar itself. Curved gold fins define a central padded seating rotunda that is readily seen from the wide corridor leading to the gaming room. The bar echoes this form, and has the added sparkle of a smoked mirror glass backdrop.

The space given over to the dance floor features a wall lined with antique brass mirrors with gold trim. By day, tables and chairs are laid out in this multifunctional space creating a different ambience.

In other areas, colour is used to define separate spaces, and lounging furniture is grouped in bays that create intimate, VIP spaces. One room, known as the evening lounge, features a padded crushed velvet accent wall in purple, which is studded with LED pins that resemble crystal stars. Wing chairs and ottomans in pink and purple enhance the glamorous look, and there are also soft curtains that can be pulled by diners looking for privacy.

In another area of the bar, known as the day salon, fresh green chairs add a lively touch.

"The Kitty bar has a completely new ambience," says Riley. "Yet, we have not invaded the space too much. The beautiful heritage elements are still intact, and that's a key part of its charm."